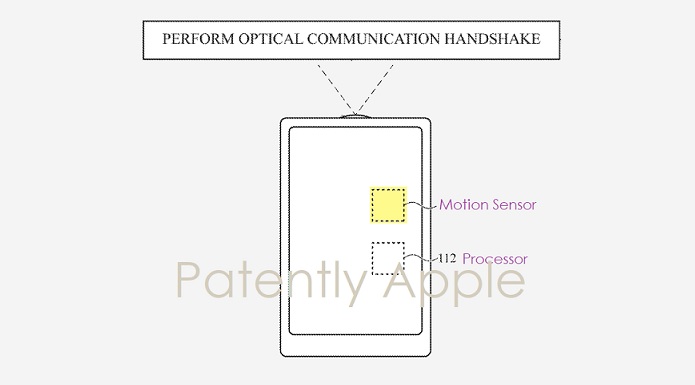 Today the US Patent & Trademark Office published a patent application from Apple reveals that future iPhones will likely use a next-gen device-to-device line-of-sight optical communication system instead of offering AirDrop for sharing documents and photos with friends and colleagues nearby in your home or in a conference room. AirDrop is still considered overly complicated with too many steps for most average users. Apple also points out that using Bluetooth Low Energy handshake protocols takes at minimum 15 seconds to confirm a connection while line-of-sight optical communications can accomplish this in a mere few seconds and be easier to use in general.

During device discovery, information such as a device identifier (ID), a hash key, and supported protocols may be exchanged with other electronic devices and verified. Device discovery enables further data exchange (sometimes in higher bandwidth channels than the channel(s) used for device discovery.)

For example, the low duty cycle and frequency hopping used in BLE handshakes has resulted in discovery times of up to ten seconds, coupled with another five seconds of paging time. Ideally, the device discovery process should be capable of being completed in less than a few (or couple) seconds.

Device awareness (or device-to-device awareness) is a prerequisite in order to have device-to-device interaction. Device-to-device location awareness can also be useful, as it can enable electronic devices to be associated with their owners in context (e.g., when using smart phones to communicate in private around a conference room table, when navigating amongst motor vehicles on a highway, when communicating with smart appliances in a home or office, and so on), and may enable certain functionality in interactive applications (e.g., an ability to locate other players in an augmented reality game).

Apple's patent FIG. 1 below shows a future iPhone having a line-of-sight optical communication system; FIG. 2 shows an example of a method performed by a first iPhone to optically communicate with a second electronic device; 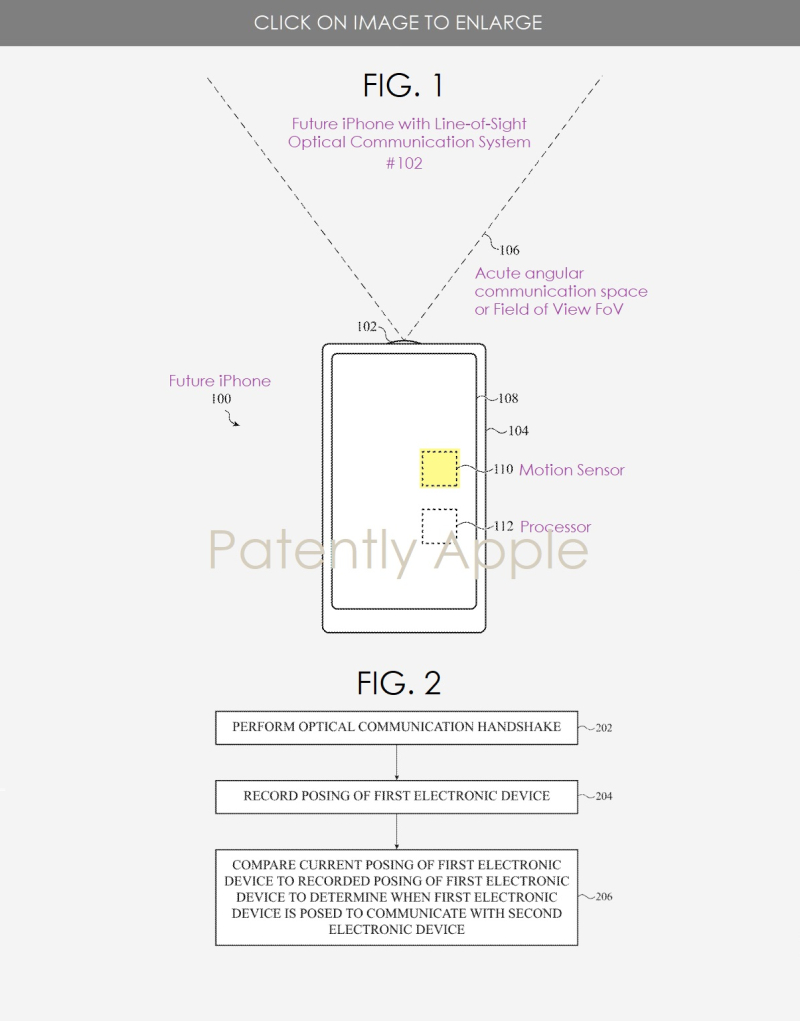 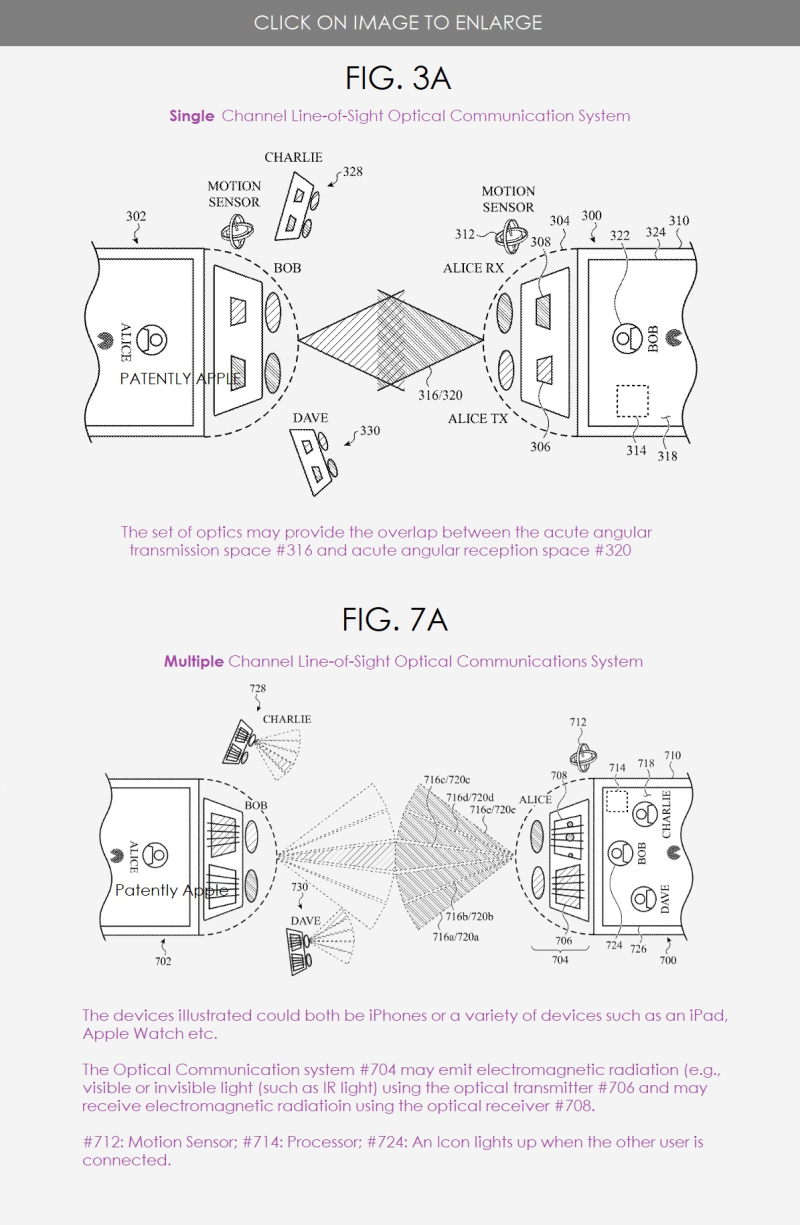 Apple's patent FIG. 5 above shows an example series of optical communication handshakes that may be performed between a pair of electronic devices.

Apple notes that in some embodiments, the posing cue may take the form of a relative position of an icon on a display of the electronic device 400 (e.g., as shown in FIG. 7A in our second graphic above).

Apple's patent application 20190372668 that was published today by the U.S. Patent Office was filed back in Q2 2029, with some work on the invention dating back a year. Considering that this is a patent application, the timing of such a product to market is unknown at this time.