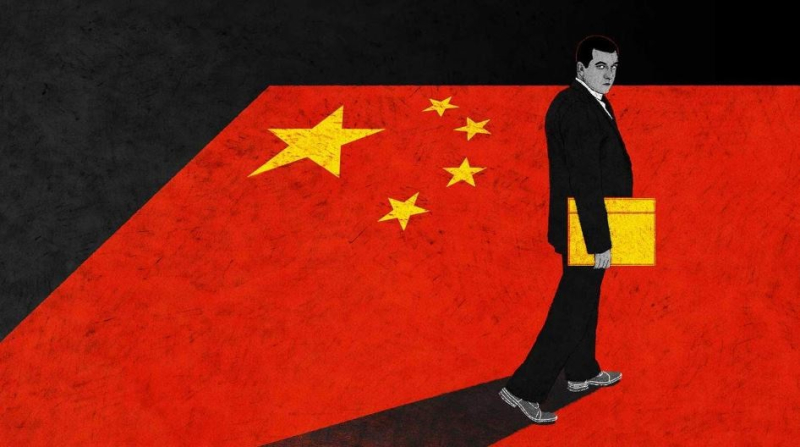 Yesterday Patently Apple posted a report titled "Apple tells California Court that IP is the core of their Innovation & Fear that two ex-employees will Flee to China if given the chance." The context of the story was about a former Apple engineer who worked on Project Titan, Apple's autonomous vehicle moonshot, was caught stealing trade secrets that was reported on back in early February.

Apple Inc on Monday told a federal court it has "deep concerns" that two Chinese-born former employees accused of stealing trade secrets from the company would try to flee before their trials if their locations were not properly monitored.

If anyone had any doubts of at least one of the two ex-Apple engineers being a spy for China in some capacity, then think again. A part of the story, not known publicly until yesterday was made public and it's an eye opener.

A news report is claiming that "When US prosecutors charged an Apple engineer in January with stealing trade secrets for a Chinese startup, a search of his home turned up something else, they said: a classified file from the Patriot missile program that belonged to his ex-employer, Raytheon. The discovery has added a striking national security wrinkle to an otherwise routine corporate espionage case, and the government says it merits keeping Jizhong Chen under close scrutiny.

The Patriot document was discovered among numerous electronic devices and paper files from Chen's former employers including General Electric -- some of which were stamped "confidential," according to prosecutors.

The 2011 document relating to one of Raytheon's best-known weapons was so secret that it "was not (and is not) permitted to be maintained outside of Department of Defense secured locations," prosecutors said in an October 29 filing that hasn't previously been reported on by the media. Chen "has, for over eight years, illegally possessed classified national security materials taken from a former employer."

How a classified document ended up at an engineer's home raises provocative questions, but they're unlikely to be answered in open court at a hearing set for next Monday.

A prosecutor and an attorney for Chen both declined to comment ahead of the hearing. A Raytheon spokeswoman didn't respond to a request for comment. For more on this story, click here.

While at first it was made to sound that stealing Apple's trade secrets was about an Apple engineer wanting to join a Chinese start-up company, the discovery of the Raytheon files on the Patriot Missile Program in Chen's possession appears to strongly suggest that Chen was indeed a spy for China, even though Chen and the Chinese government will officially deny it as expected.