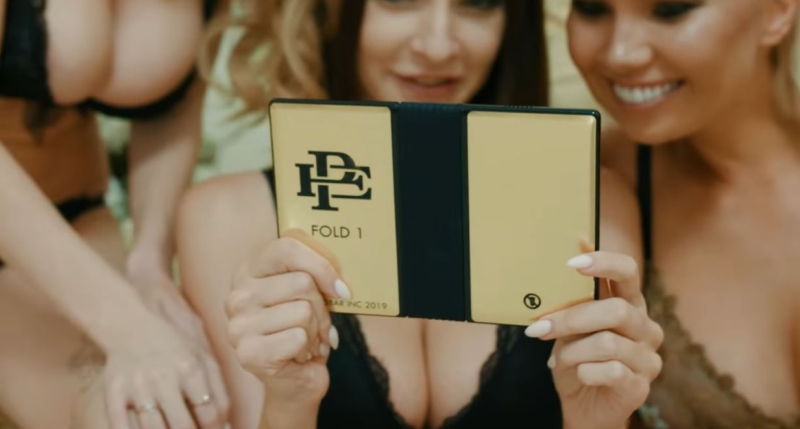 Roberto de Jesus Escobar Gaviria, the brother of drug lord Pablo Escobar, is promoting his new smartphone called the Escobar Fold 1. While technically it will be challenging Samsung's Galaxy Fold or the no-show Huawei Mate X, Escobar insists it's Apple he's actually after. The story, if anything, could be an entertaining read whether it's fantasy or real. Check it out.

Escobar Fold 1 Video: For Adults Only

Escobar told a tech told Digital Trend in an interview that "I have told many people that I would beat Apple and I will. I cut the networks and retailers, to sell to customers phones that can fold for only $349, phones which in stores cost thousands of dollars by Samsung and others. This is my goal, to beat Apple, and by doing it myself like I always have."

Perhaps Escobar has been skiing too long on the mountain of snow in his basement because I can't tell if this is a joke, a hoax or for real.

Where the interview goes of the tracks is when he tells Digital Trend that he plans to file a class action lawsuit against Apple next year.

Escobar lashes out by stating that "They are scammers, and now we are preparing the class-action lawsuit. They are cheating the people and selling worthless phones to consumers, overpriced. My lawyers have been ready for long time, but before I sue them and give money back to the people which they deserve, I wanted to show them that my product is much better. On January 6 of next year, 2020, the $30 billion class-action lawsuit will be filed in the courts of California of America. We want Apple to give some of their illegal profits back to the people. I will make sure of it. I have spent almost $1 million just on lawyers to begin this lawsuit." For more on this … story … disturbed fantasy, read the full Digital Trends report. 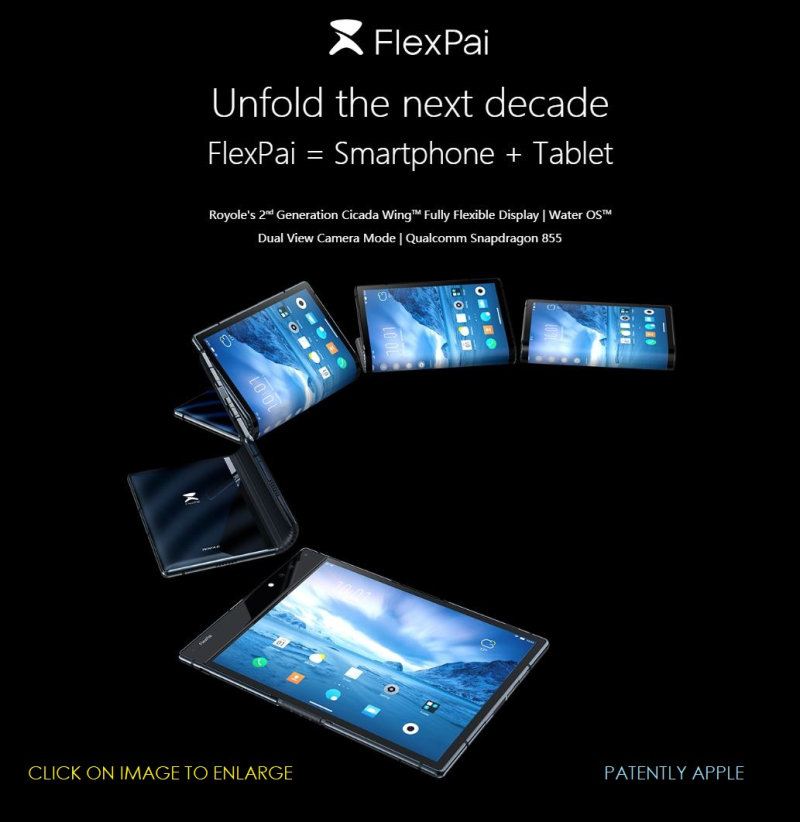 While we're on the topic of folding smartphones, our friends over at Unbox Therapy reviewed a folding phone from Royole called the Royale Flexpai. I first heard of Royole in a video report from Engadget from CES 2019. The phone still looks like it's not ready for prime time and in fact the Escobar phone looks better – if it's real.

No smartphone company, as of yet, has a single display based folding phone that looks like a hands down winner. I think many in the industry think that Microsoft's folding tablets and smartphone due out in Q4 2020 using two displays will likely be the front runner with  with Samsung's flip phone being a real contender at an affordable price in 2020. Below is a video of Microsoft's Q4 2020 Surface Duo smartphone.

As for Apple, while they have a series of smartphone patents on hand, it's their 5G iPhone that's the priority in 2020 hands down. A foldable phone isn't likely to be on Santa's list for 2020 or 2021. A competitor's foldable smartphone will have to actually threaten their iPhone business before Apple puts a big push to bring one to market.