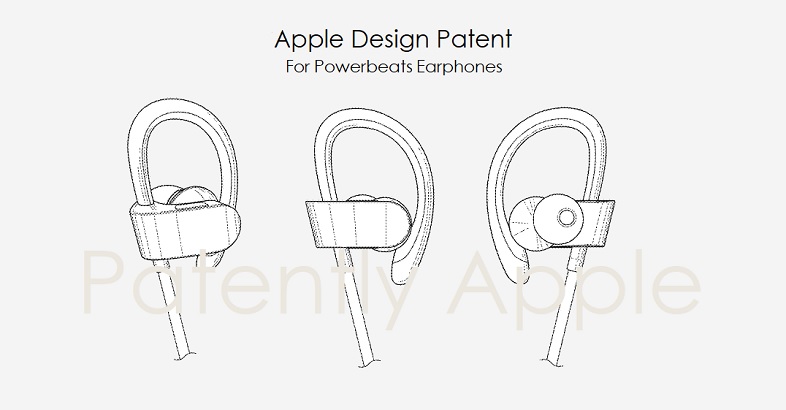 The U.S. Patent and Trademark Office granted Apple 59 newly granted patents today. Our final granted report of the day covers a couple of Project Titan related wins covering the making of vehicle panels and windows with specialized glass and system that makes recommended lane changes to either a driver or to an autonomous vehicle system. Today was a big day for design patents with Apple winning one for Powerbeats earphones and many more. We wrap up this week's granted patent report with our traditional listing of the remaining granted patents that were issued to Apple today.

Apple's granted patent 10,494,860 relates to Project Titan. Specifically it covers a method that includes forming a glass structure that has a peripheral edge, wherein an exterior surface of the glass structure includes a compound curvature.

Another aspect of the disclosed embodiments is a vehicle having a vehicle body, a front window, a rear window, a roof, and one or more moveable windows that are mounted to the vehicle body. The vehicle is produced by a process that includes forming a one-piece glass structure having a convexly curved exterior shape that extends upward from an outer edge. 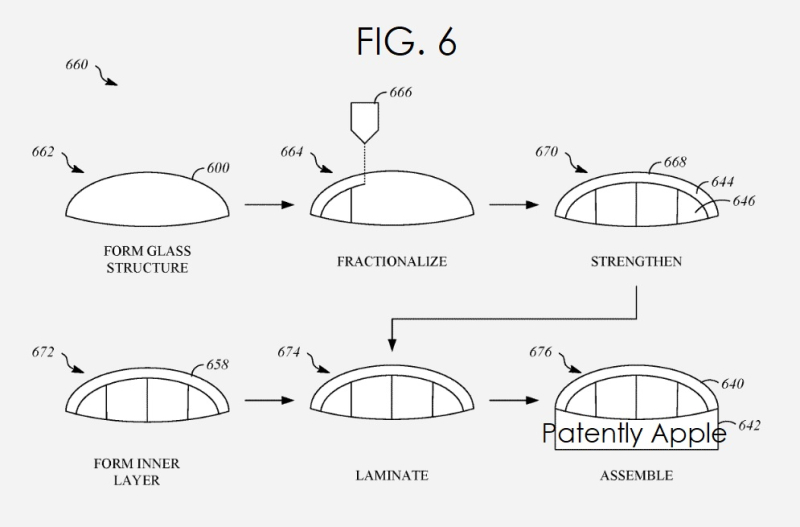 Apple's granted patent 10,495,480 covers sensors implemented as part of a vehicle may collect data about an environment surrounding a vehicle, such as the locations and velocities of nearby vehicles and other obstructions, the number and location of lanes available to the vehicle, and other road conditions. A sensor fusion module may collect and process data from various sensors. A lane recommendation module may use the sensor fusion data to identify a preferred lane of travel and recommend the preferred lane to an operator of the vehicle.

Apple's patent FIG. 3 below illustrates a logical block diagram including interactions of a vehicle that implements automated travel lane recommendation 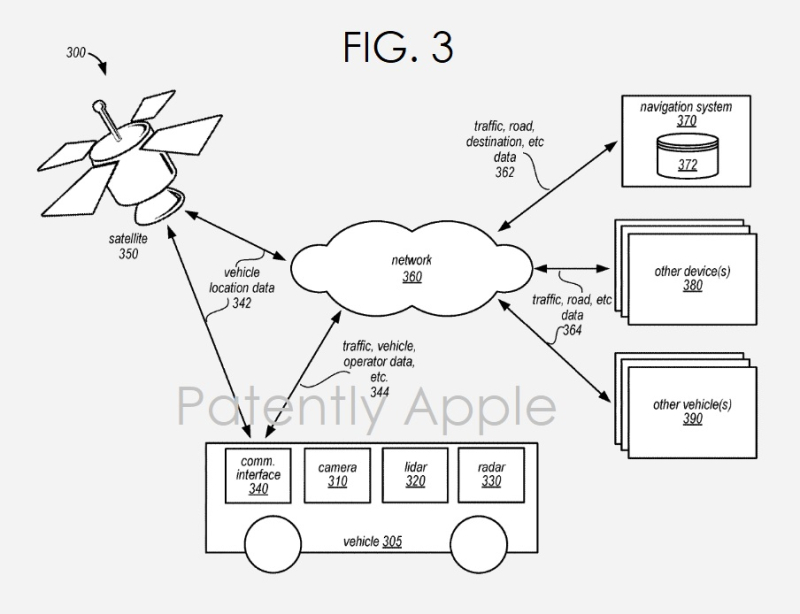 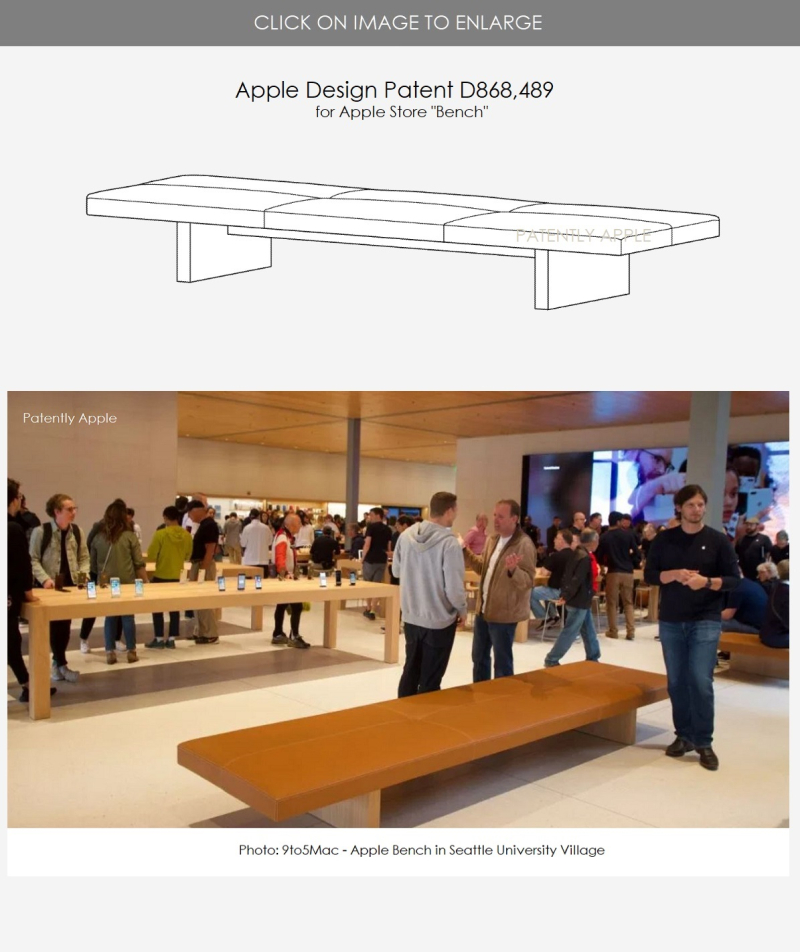 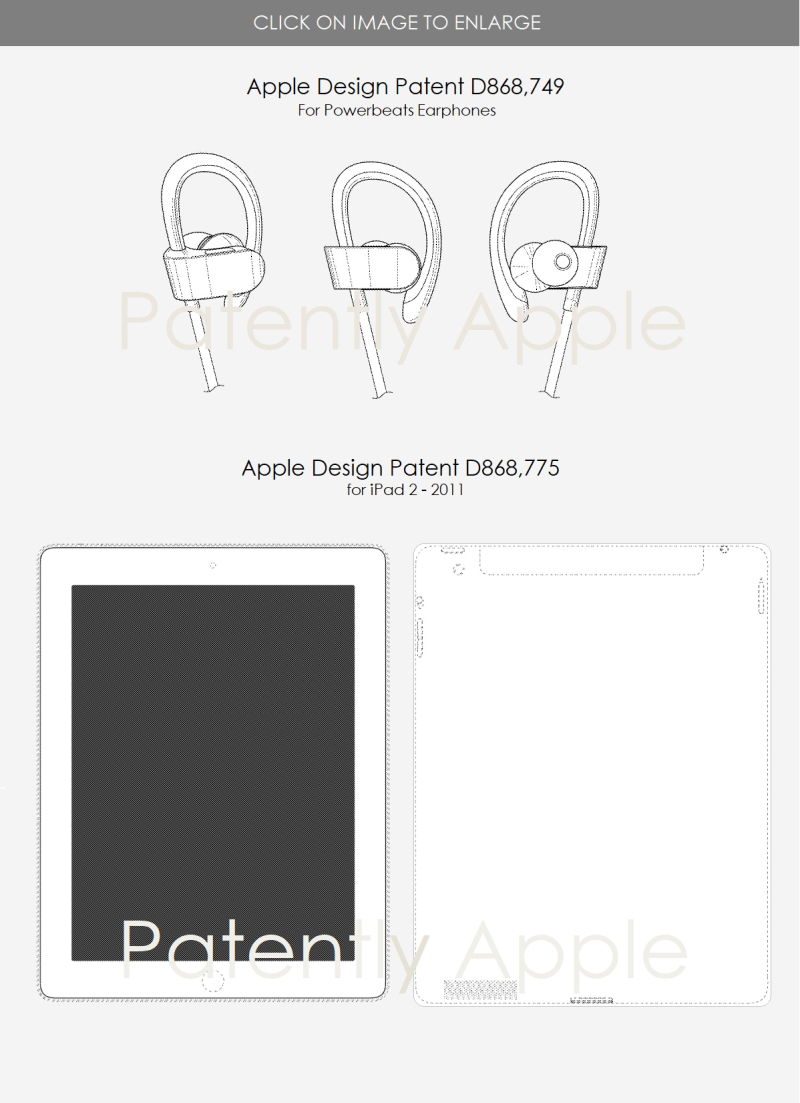 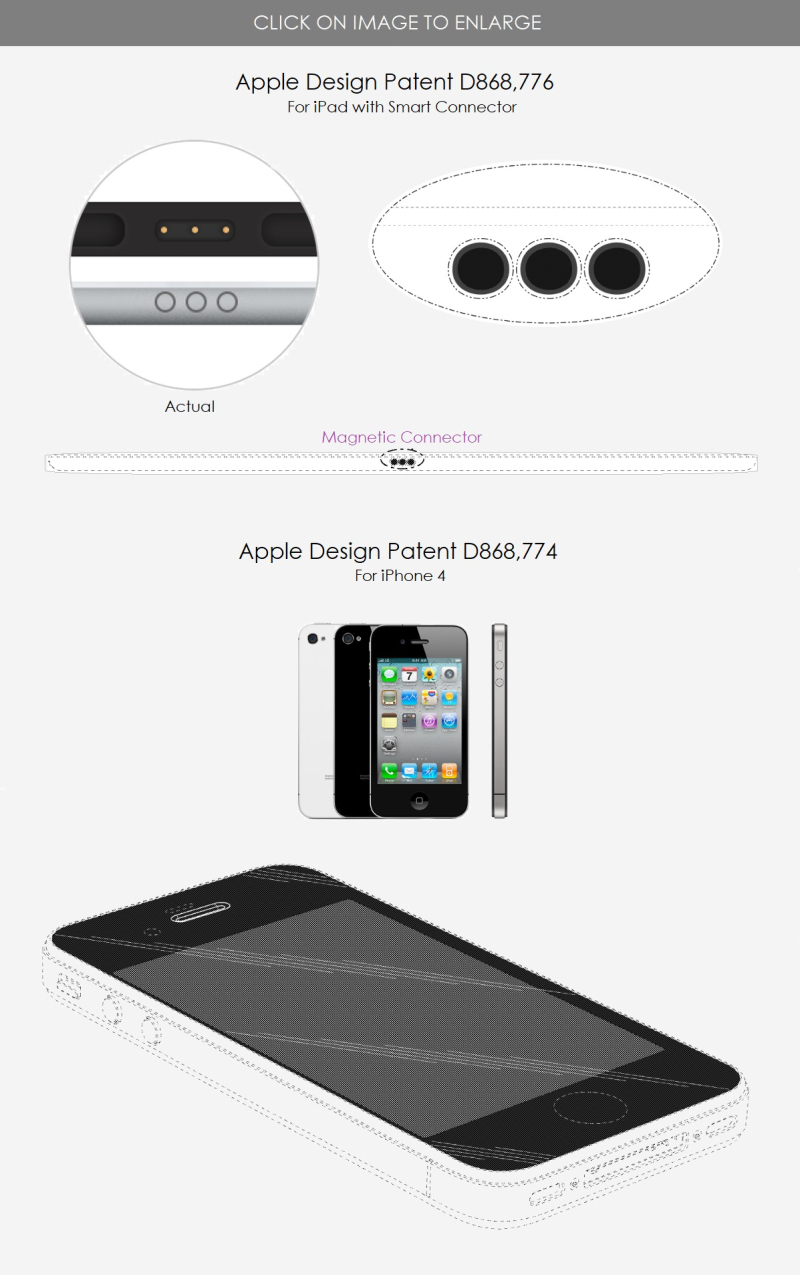 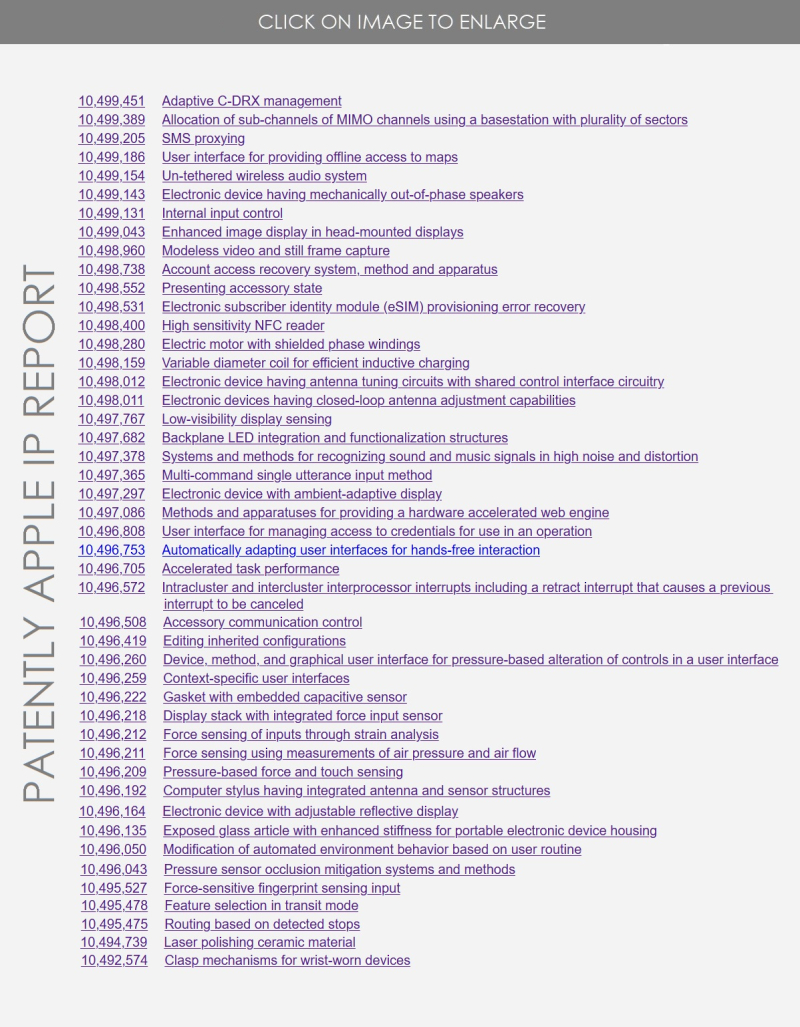