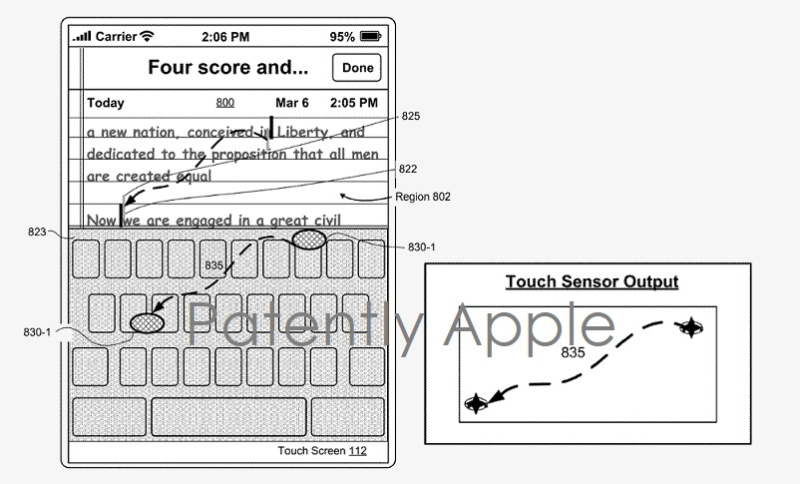 Last Thursday the US Patent & Trademark Office published a patent application from Apple that relates to a possible future editing tool for iDevices that could work with Microsoft Office and Apple's iWork productivity suites. On a notebook users could edit with a trackpad or mouse. So for iDevices, Apple has invented a new 'trackpad mode' to make editing quicker and easier.

Overall Apple notes that there's a need for single-finger gestures for activating a trackpad mode for use on an electronic device with a touch-sensitive display and no force sensors.

On devices that do not include force sensors, devising a single-finger gesture that allows for switching to a trackpad mode, while also avoiding unnecessary confusion with other gestures is a very difficult task.

Providing this interaction at electronic devices that do not include force sensors enhances operability of these devices and makes the human-machine interfaces on these devices more efficient (e.g., by allowing users to easily switch to a trackpad mode using a simple gesture without having to waste time trying to place a cursor without using a trackpad mode or having to waste time using a complicated sequence of user inputs or menu options to activate the trackpad mode).

Apple's patent FIG. 8E-4 below is an example user interface for activating a 'Touchpad Mode' using a single-finger roll gesture. 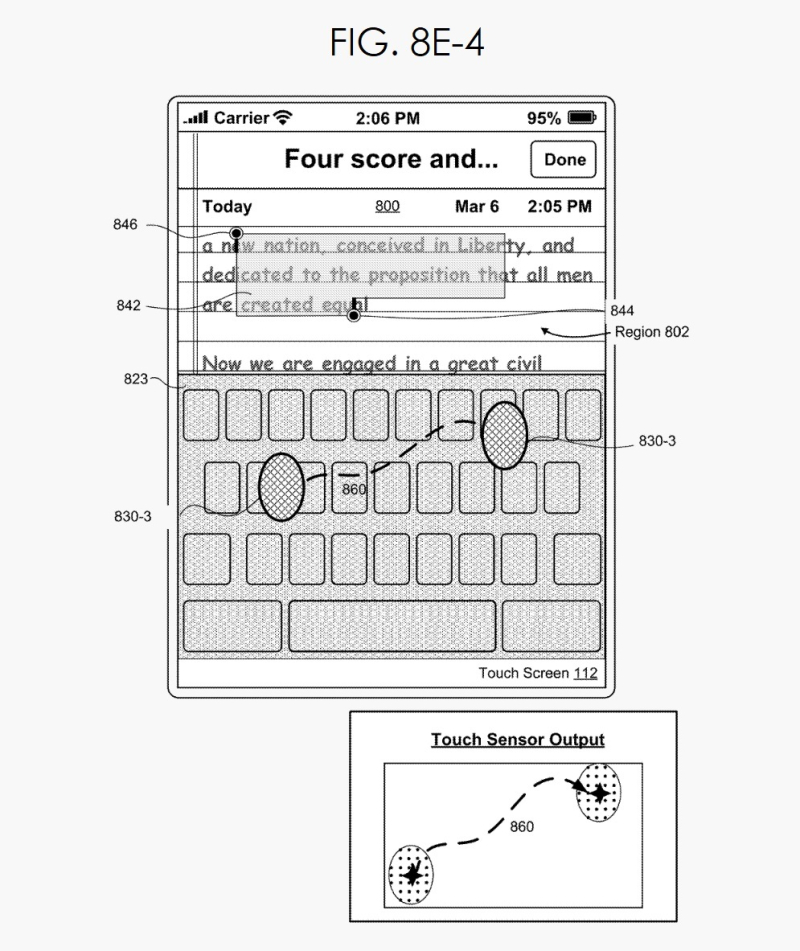 Apple's patent application 20190369870 that was published last Thursday by the U.S. Patent Office was filed back in Q3 2018. This is a fairly detailed patent filing. Those wanting to dig deeper into this invention and review dozens of patent figures and examples, click here.

One of the inventors listed on the patent is Randy Marsden: Special Projects Manager. Marsden leads investigations into new innovative ways humans and computers interact. Up until 2018 Marsden was the iOS Keyboard Manager.

Marsden was the Co-Founder of the company 'Dryft' (Typesoft Technologies Inc.). Dryft was a virtual keyboard that provided a natural typing experience on tablet computers. Like Swype, it provided fast text input on Smartphones – that likely led to the iOS 13 virtual keyboard QuickPath feature.