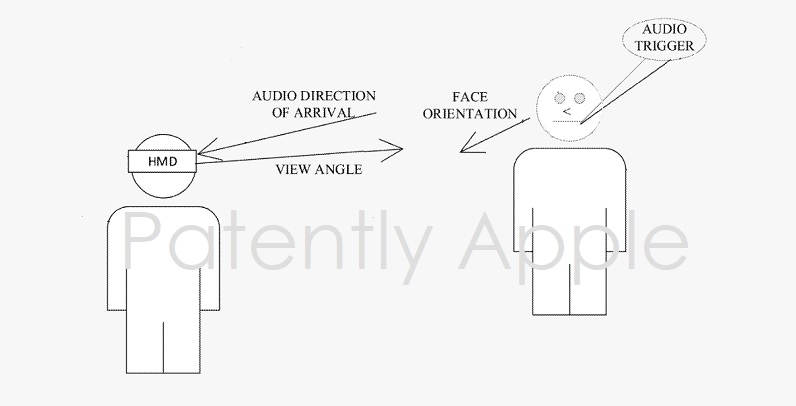 Today the US Patent & Trademark Office published a patent application from Apple that relates to a future head-mounted display device hailing/alert system. When a user is playing a VR game and is deeply engaged with visuals and audio, Apple has devised a system whereby someone entering the room may call out a command as simple as "Excuse me" and the gamer will instantly be given an on-display alert that someone, or someone specific via facial recognition, needs your attention. The alternative is that the game is stopped and the display goes transparent so that the gamer could see who needs their attention. It's a superior way to gently break a gamer's concentration instead of shocking them with a tap on the head or shoulder.

For example, an alert image (e.g., text and/or an image of the person detected) may be presented using a head-mounted display. In some implementations, the audio and/or video of the computer-generated reality application may be transitioned to a transparent to enhance the ability of the user to sense and be aware the surrounding physical environment. 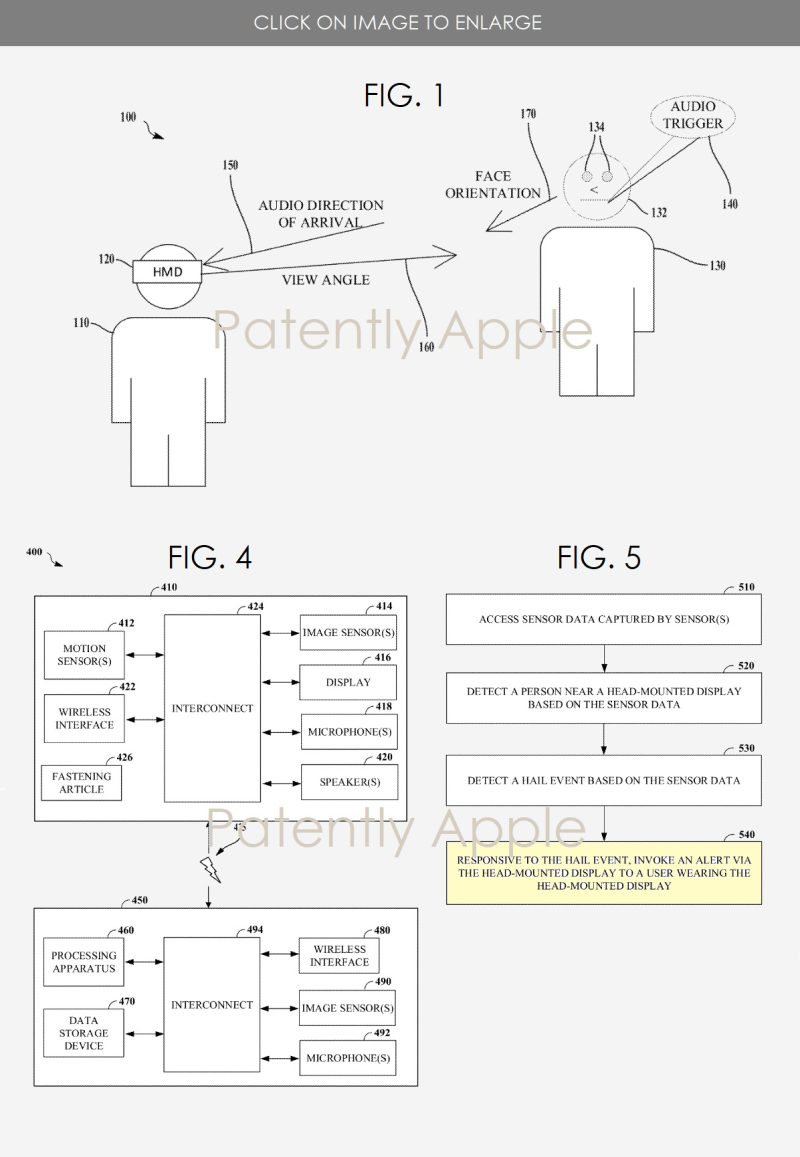 Apple's patent FIG. 5 above is a flowchart of an example of a process for facilitating hailing of a user wearing a head-mounted display.

Apple's patent application '0392830 that was published today by the U.S. Patent Office was filed back in Q2 2019 with some work being done in 2018. The depth of Apple's patent base for future smartglasses and Head-Mounted Displays can be viewed in our Special Archives.

The sole inventor is listed as being Golnaz Abdollahian: AI & ML Engineering Manager.