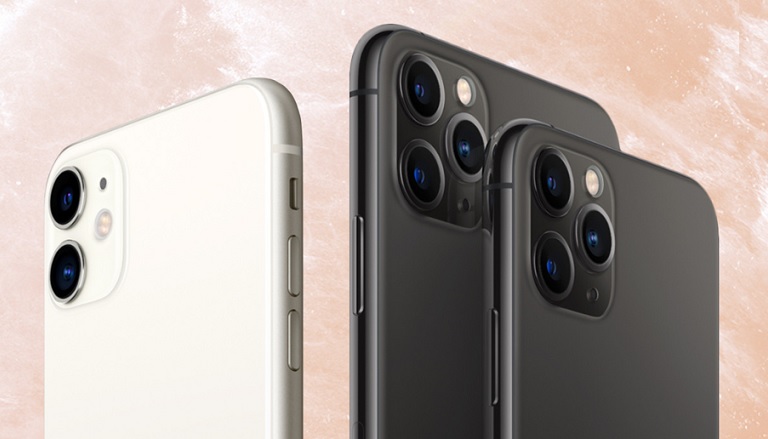 Although analysts and Wall Street love to place emphasis on "Shipment Volume" as a sign of smartphone leadership, the real sign of leadership boils down to who's making more profit. On that note, Apple has been the champion of smartphone profits for years and the latest report by Counterpoint only crystallizes that position. Apple once again has annihilated their competitors. Apple owns the profit crown by generating 66% of the smartphone industry's profit. All of their competitors combined cover the bottom third of the market.

Counterpoint's Research Analyst Karn Chauhan writes in his report that Apple dominates the global handset market by capturing 66% of industry profits and 32% of the overall handset revenue. The loyal premium user base in the major markets like the USA, EU and Japan is one of the reasons that Apple can still operate at a profit level that its competitors can only wish for.

Now with a strong service strategy, Apple’s overall ecosystem is strong enough to guarantee it a steady inflow of revenue in the coming years. In the immediate future, we believe that Apple’s profit for the holiday season will increase with the new line up of iPhones gaining good traction. 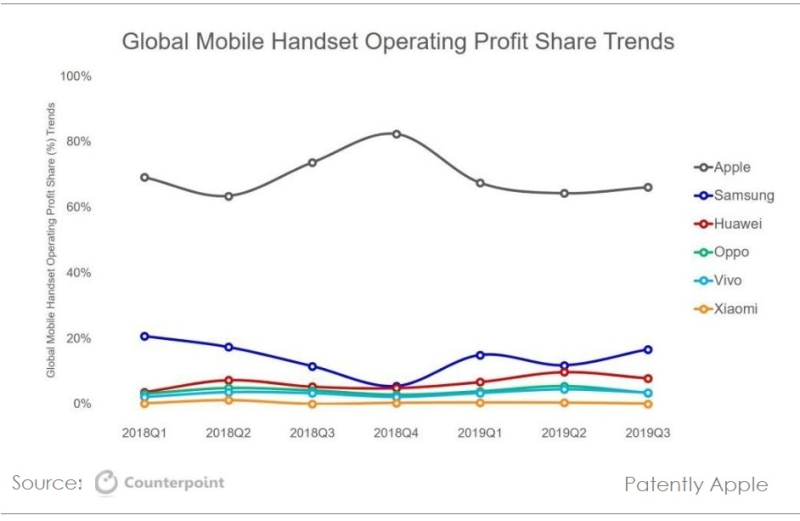 Overall global handset profits declined 11% YoY to USD 12 billion in Q3 2019 due to an increased mix of entry to mid-tier products and a fall in revenues for some  smartphone OEMs.

On the profits chart Samsung is noted as being a distant second, taking in 17% of Industry profits. The increased mix of Galaxy A Series along with the positive start of Galaxy Note 10 Series was the key reason for the growth.

The report further notes that it is becoming a challenge for Chinese smartphone brands to increase their smartphone ASPs and margins due to a combination of longer consumer holding periods and Apple lowering pricing on some key SKUs, which has limited the headroom that Chinese vendors had used to increase their ASPs.