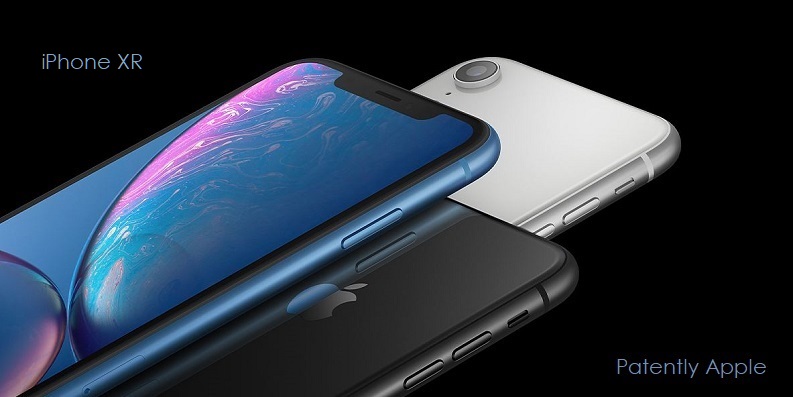 The big winner was Samsung that grabbed first spot with a strong gain of 26% year-on-year growth. With Samsung's A-Series smartphones on the low-end and their 5G phones on the high-end, the combination has been a winner for market share growth for their second consecutive quarter, though not necessarily for profit margin growth. Samsung has experienced a series of disastrous quarters of late (01 and 02).

Huawei was flat for the quarter and with their smartphones being unable to offer Google software. The company is likely to suffer greatly during the all-important holiday Quarter.

On the flip side, Xiaomi was able to grab some of Huawei's market share in Q3 by growing a whopping 73%. It appears that Xiaomi won Huawei's customers over in Q3 with Apple unable to capitalize on Huawei's current misfortunes as they fell by 4% in the quarter.

With that said, going into Q4 Apple will have the momentum with new iPhone 11 models selling very well, according to several sources thus far. 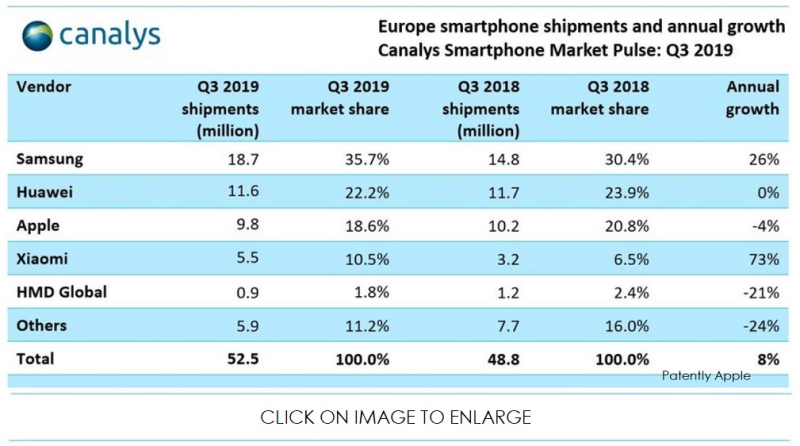 With China's Vivo, Oppo, OnePlus and Realme aiming a big push into Europe in 2020, the European market is going to be a hotbed of competition. If any one smartphone company is going to be under attack, it's Apple.

Samsung did exceedingly well against Huawei and Xiaomi because they added their competitive new A-Series smartphone line that countered all Chinese vendors advantage on price.

Apple may decide to add a new cheaper iPhone entry to counter aggressive Chinese Vendor pricing. Apple's rumored iPhone SE2 (01 and 02) could help them hold its ground if the rumored $399 price tag actually comes to life.

Although Apple's rumored iPhone SE2 (or whatever they call it) won't offer consumers larger 5.5" to 6.2" displays that are in demand, Apple fans that are price conscious will be drawn to the new entry iPhone for Apple's superior OS, new services like Arcade and position on privacy.

Will it be enough to keep Apple competitive in Europe overall in the second half of 2020 as their new iPhone 11 sales begin to slow? More than likely, though only time will tell how such a new entry will be received. For more, read the full Canalys report.

Although Apple's CEO has continued to state in recent interviews that Apple focuses on making the best possible products and doesn't worry about market share, a drop out of the top five smartphone lists in China and/or Europe next year wouldn't be a position Apple would like to be in.

With that said, earlier today a rumor surfaced that Apple is telling their supply chain to expect higher sales in late 2020 with new 5G iPhones. With that and a new lower end entry iPhone in the second half of 2020, Apple should be able to keep in good standing. With some Apple fans holding off for Apple's first 5G iPhones, 2020 sales could even deliver a growth opportunity.