LG U+, in Collaboration with Nreal, is preparing to launch Augmented Reality Glasses in Early 2020 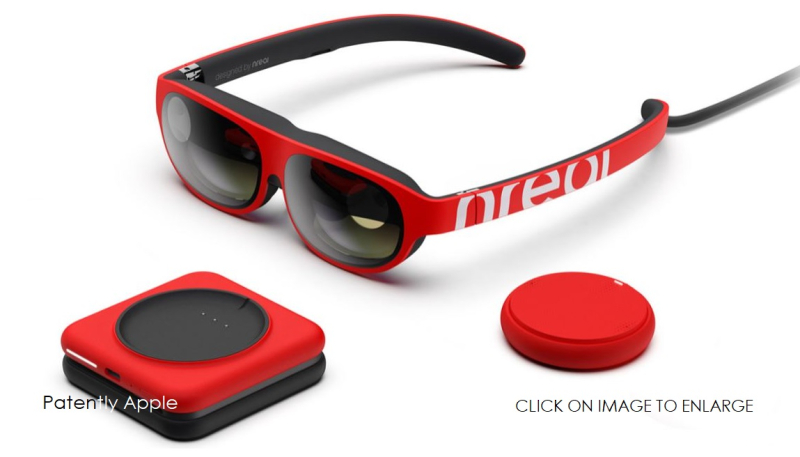 On Thursday LG U+ announced that it has signed an exclusive deal with Beijing's mixed reality display developer Nreal to launch augmented reality glasses in South Korea in early 2020.

AR overlays digital content on top of the real world and is primarily experienced via a wearable glass device, a head-mounted display or through smartphone applications.

LG U+ said it will run a test service available on Nreal Light in its 35 outlets as well as pop-up stores over the next few months before commercializing it in the first half of next year.

Nreal Light AR glasses have been in the spotlight with their lightweight design and aggressive pricing since debuting at the Consumer Electronics Show held in Las Vegas in January (see the video below).

While their new AR glasses won't be a mainstream accessory anytime soon, techies may be willing to pay $500 for the accessory if LG U+ can introduce applications that deliver some punch, some value – be it a new way to watch movies and TV programming while on the go or some kind of music experience that compliments their smartphones.

While Apple has many patents on this next-gen category of devices and rumors abound as to when they'll arrive, Apple fans will have to be patient. Apple won't deliver these devices until they can deliver a punch that will truly compliment their iPhones. Apple will no doubt want their smartglasses to drive premium iPhone sales.

Only time will tell which technology company will get smartglasses right and finally make them a mainstream product. While most will beat Apple to market, including LG U+ in 2020, I think that this is a key device category that Apple could once again take leadership in as they've done with the iPhone, iPad, Apple Watch and AirPods. It's just a matter of time.

For Apple it's not about rushing a single device to market that's flashy, short lived and immersed in super hype. If you look at the sheer depth and variety of patents that Apple has filed, you can see that they're looking at a family of mixed reality headsets and glasses.

Secondly, they're also working on complementary accessories like finger rings and smart gloves that could deliver next-gen haptic experiences to make the visuals in a mixed reality headset pop to life.

It's Apple's holistic approach to new products that have set them apart over time and smartglasses is just one of those future product lines that demands attention to detail that only Apple could deliver.