Sometimes patents will reveal what might be coming down the pike and other times it reveals services or products in detail after they've been released. Last week Apple's patent relating to Apple Music's lyrics service was published by the U.S. Patent Office just as we're learning that Spotify is racing to match that service for their customers.

Apple Music's lyric service is a lot of fun and a feature that Spotify is now racing to "copy." According to TechCrunch, "Several users in international markets are now seeing a similar synced lyrics feature in their Spotify mobile app, where lyrics scroll by in time with the music. The feature is powered by Musixmatch, according to the screenshots. The feature is a test in a limited number of markets.

Apple's patent titled "Lyric Search Service" was published on November 7, 2019. Only one of the three inventors was found on LinkedIn, Venkat Sundaranatha's LinkedIn Profile shows he's Director of Engineering. His profile also shows that he's worked on Apple Music, iTunes and more.

Apple's patent FIG. 2 below is a conceptual view of a system for implementing a lyric search service; FIG. 5B illustrates a search query performed utilizing the client-server architecture; and  FIG. 9 is a flow chart of a method for querying transcription information related to multimedia content. 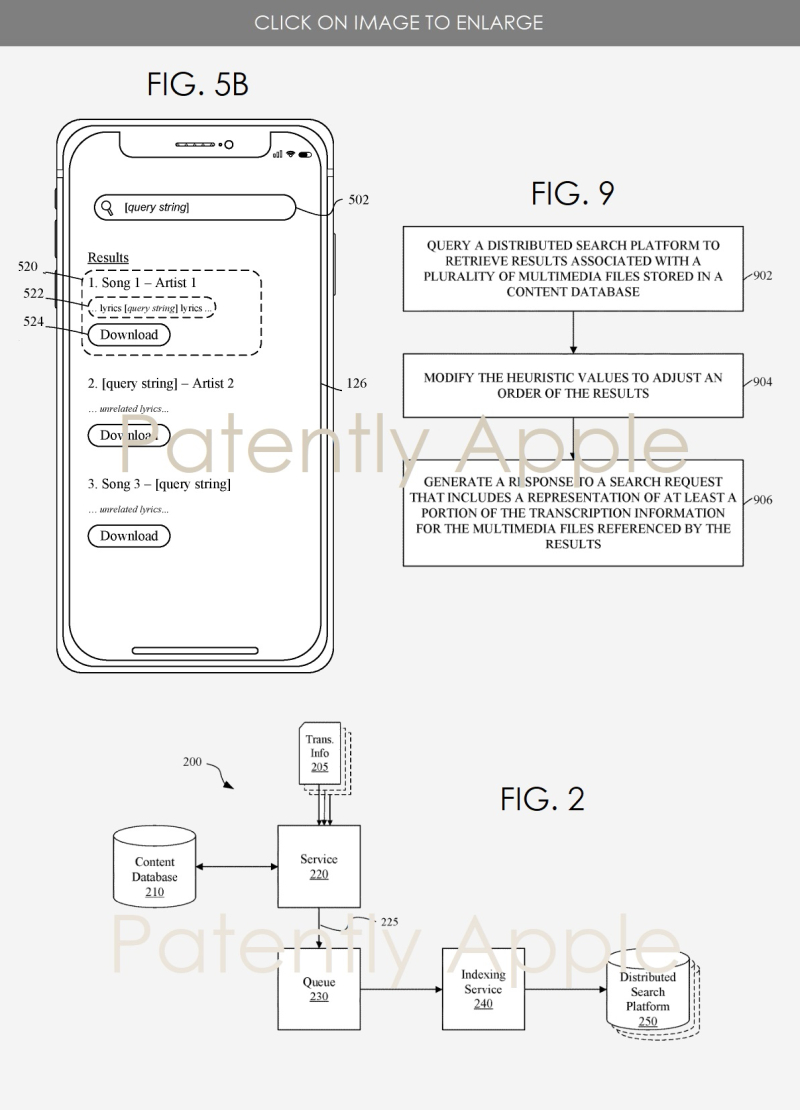 The audio track can be transcribed, either manually or automatically, to generate a text-based representation of the audio track.

Apple's patent application 20190340193 that was published earlier this month by the U.S. Patent Office was filed back in Q1 2019 with part of the patent having been established in 2018.