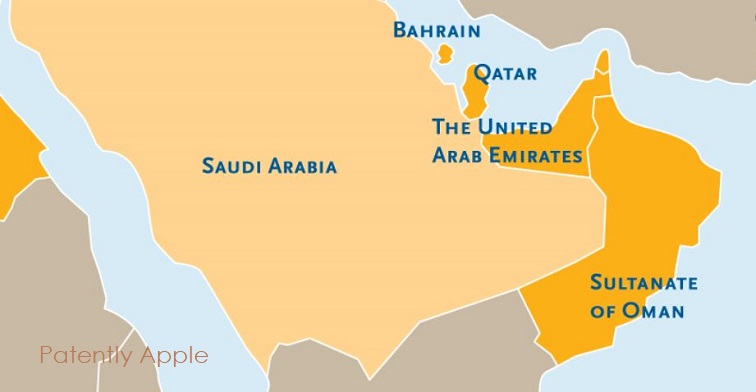 Chinese technology giant Huawei has lost its number-two position in the Gulf Cooperation Council (GCC) smartphone market for the first time since Q3 2018, according to the latest figures from global technology and consulting services firm International Data Corporation (IDC).

With the exception of Bahrain, each of the GCC country markets experienced QoQ growth in Q3 2019, with the largest increases seen in the UAE (4.4%), Oman (3.4%), and Saudi Arabia (1.9%). It is worth noting that the two largest markets in the GCC – Saudi Arabia and the UAE – both experienced very healthy YoY growth rates of 34.9% and 21.4%, respectively.

Samsung continued to lead the pack with 45.7% smartphone share, followed by Apple at 18.0% and Huawei at 17.0%. This represents a considerable turnaround from Huawei's peak share in Q1 2019 (25.7%), when it trailed Samsung by less than 5 points and speculation was rife that it could soon overtake its Korean rival into top spot. 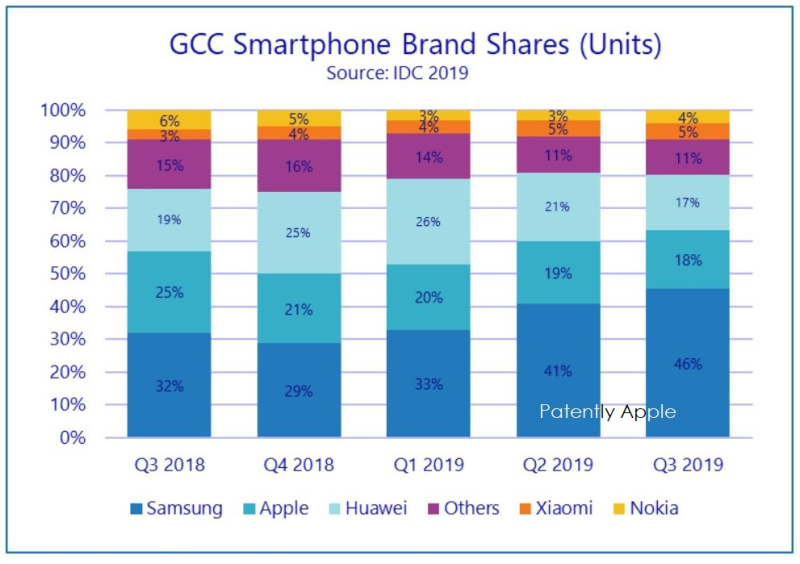 Going into calendar Q4, Apple is likely to gain more share in Q4 due to an increase in shipments of its new flagship devices, which have been very well received in the region but were in limited supply in Q3. 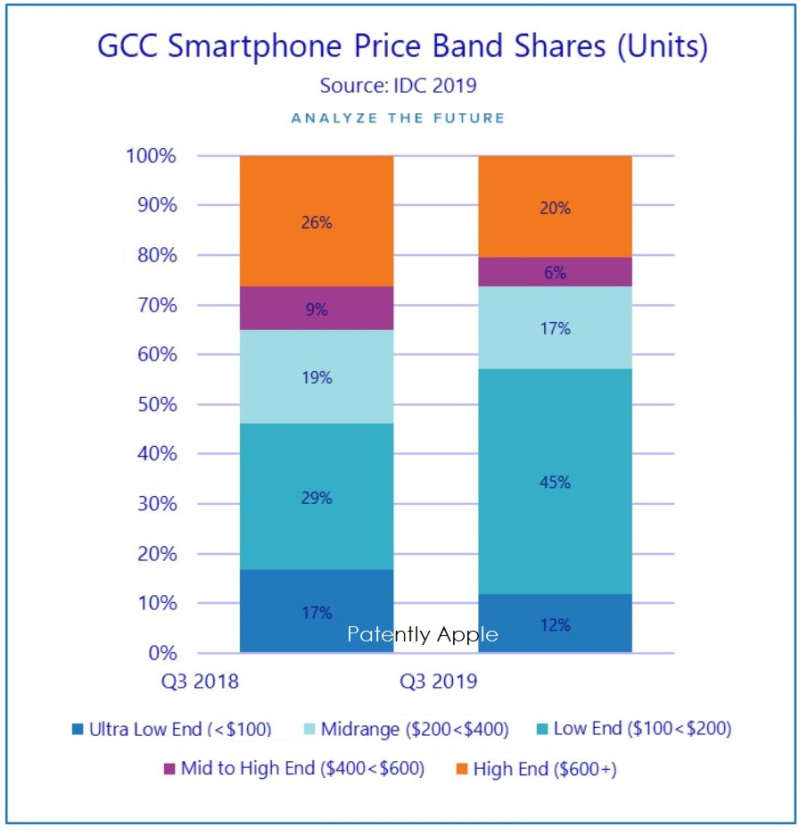 What's surprising here is that the fastest growing price band in this market is the $100-200 band which grew from 29% to a whopping 45% in Q3 2019. It's a market which Apple doesn't participate in.

Further, the very high-end that is one of Apple's strongholds dropped by 6% from 26 to 20% in Q3 2019. So even with the three price bands that Apple does sell into falling across the board, they were still able to pull ahead of Huawei.

Nabila Popal, a senior research manager at IDC stated in the report that "Unfortunately for Huawei. Its phenomenal growth trajectory took a turn for the worse in Q2 2019, when its share dropped to 21.2% due to its well-documented problems in the U.S. and the huge success of Samsung's A series across the region. As a result, Samsung's share, which had slumped to a low of 29.2% in Q4 2018 as Huawei's march gathered pace, is now back above the 45% mark."