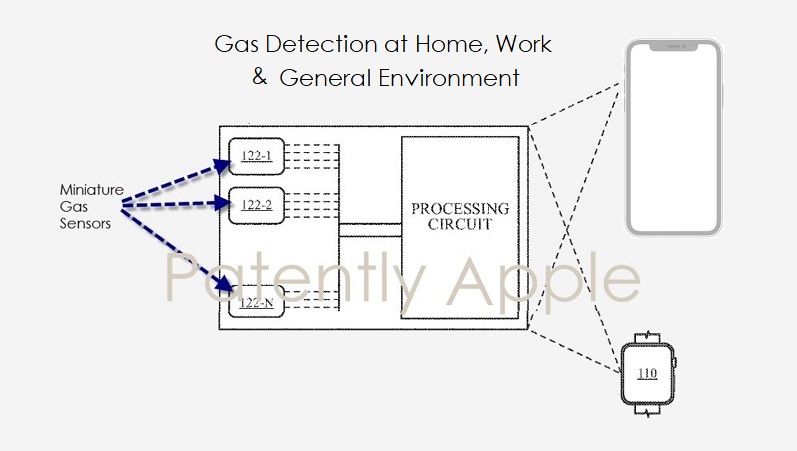 In 2019 Apple patents began to surface about future iDevices being able to detect dangerous gases at home, at work or in your environment. In mid-February Apple patent application surfaced that detailed their work on integrating different kinds of environmental based sensors into iDevices that could detect ozone, propane, nitric oxide, benzene, carbon dioxide and many other gases. In April another invention covered miniature gas sensors for measuring gas levels in different rooms in a home. In August Apple's work continued in the area of using metal oxide gas sensors as a promising technology. And finally in September Apple's invention covered the use of a new 'ozone' sensor.

The micro-electro-mechanical system (MEMS) type pressure sensors used in smartphones or smart watches are generally capacitive-type pressure sensors, and are employed along with an interface that enables proper measurement of the sensed pressure by a suitable electronic circuit.

Apple's patent FIG. 2 below is a schematic diagram illustrating an example of a pressure-sensing device. The pressure-sensing device #200 includes a MEMS pressure sensor #202 and a telescopic front-end circuit #220 which includes, a variable offset capacitance #215, a gain stage #224 (e.g., an amplifier or a buffer), an analog-to-digital converter (ADC) #230 and a controller #240. 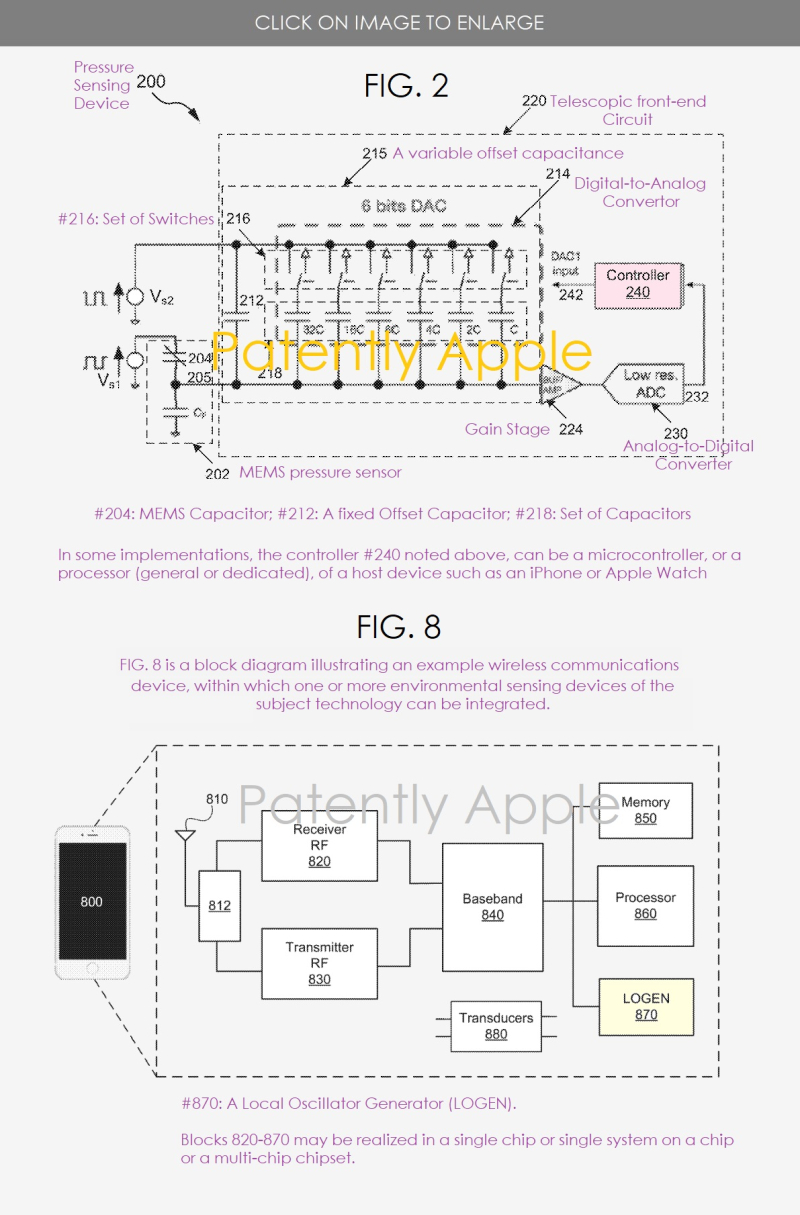 Apple's patent application 20190360882 that was published today by the U.S. Patent Office was filed back in Q2, 2018. Considering that this is a patent application, the timing of such a product to market is unknown at this time.