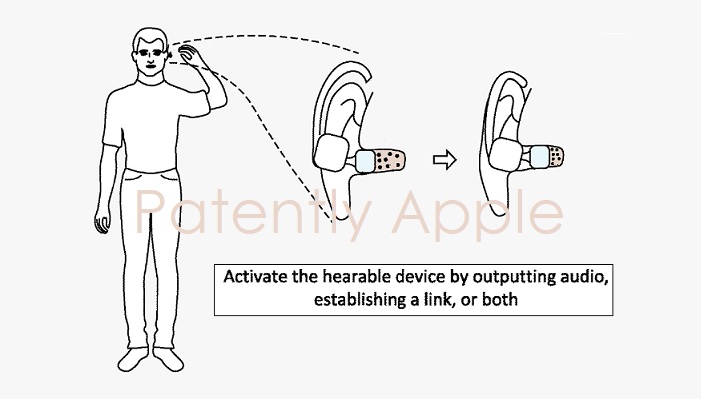 The U.S. Patent and Trademark Office officially published a series of 61 newly granted patents for Apple Inc. today. In this particular report we cover Apple's patent for possibly next-gen AirPods Pro or Powerbeats Pro. Considering that the patent covers earbuds with an ear clip or ear loop it may be pointing to Powerbeats first and foremost. The fact that one of Apple's inventors worked at Beats by Dr. Dre before joining Apple would be another big hint.

However, ear loops aside, the heart of the patent is about integrating a new "Air Pressure Sensor" into future earphone that are not available today on either Apple or Beats earphones.

Apple's AirPods Pro Tech specs page doesn't list such a sensor and neither does the equivalent page for Powerbeats Pro. The specific mention of an "Air Pressure Sensor" is listed 82 times in this granted patent with 14 of those times in Apple's all-important patent claims.

Apple's granted patent states that one of the aspects of the invention is a method performed by an earphone for confirming that the earphone is to be activated (e.g., wirelessly paired with a media playback device) by determining a current usage state of the earphone.

This is accomplished through the use of an air pressure sensor that is inserted, along with a speaker of the earphone, into the ear canal of the user.

For example, the earphone may output an audio signal (e.g., a start-up sound) through the speaker signifying to the user that the earphone is in use. Upon activation, the earphone may also establish the wireless connection (e.g., pair) with the media playback device to exchange data.

Also, as opposed to an increase in occlusion gain that requires an air-tight seal to be made within the ear canal of the user in order to be effective, the air pressure sensor of the present invention can accurately detect changes in air pressure to determine that the earphone is in a state of use, even though the seal created by the tip of the present invention is not air tight. 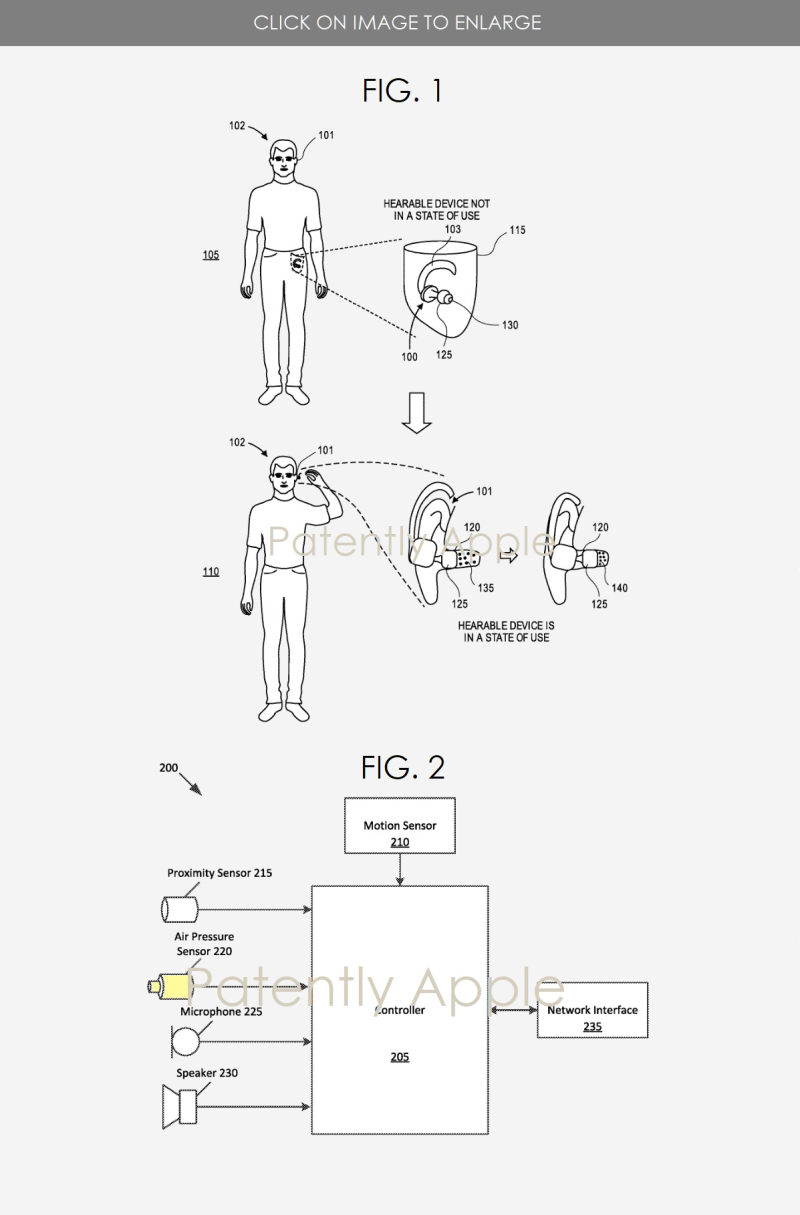 Whether the new Air Vent feature on Apple's AirPods Pro is a stepping stone to a future Air Pressure Sensor or a replacement is unknown at this time.

Apple's granted patent 10,491,981 was originally filed in Q4 2018 and published today by the US Patent and Trademark Office.