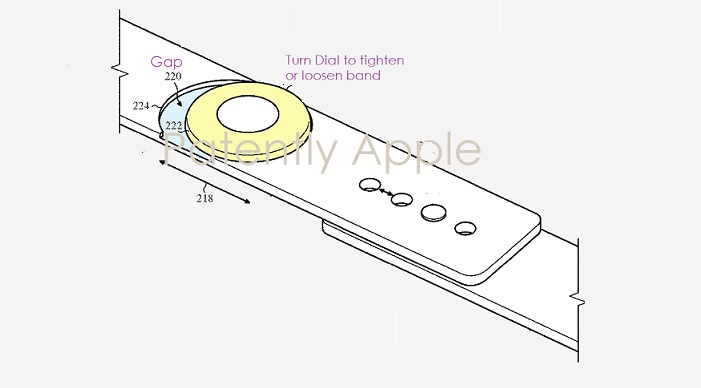 The U.S. Patent and Trademark Office officially published a series of 50 newly granted patents for Apple Inc. today. In this particular report we cover a new Apple Watch band patent that using a dial mechanism to tighten or loosen the band on the user's wrist. While Apple claims the new band is for a watch or health device, the fact is Apple Watch is in fact both. Beyond providing a user with maximum comfort control, Apple states that "a user may be able to operate one or more health monitoring applications or functions for a longer period of time."

Apple further notes that "a user may want a slightly tighter fit when exercising so a health sensor (e.g., heart rate monitor) can operate more effectively. However, at other times of the day the user may want a looser fit. Several techniques are disclosed for performing incremental adjustments. 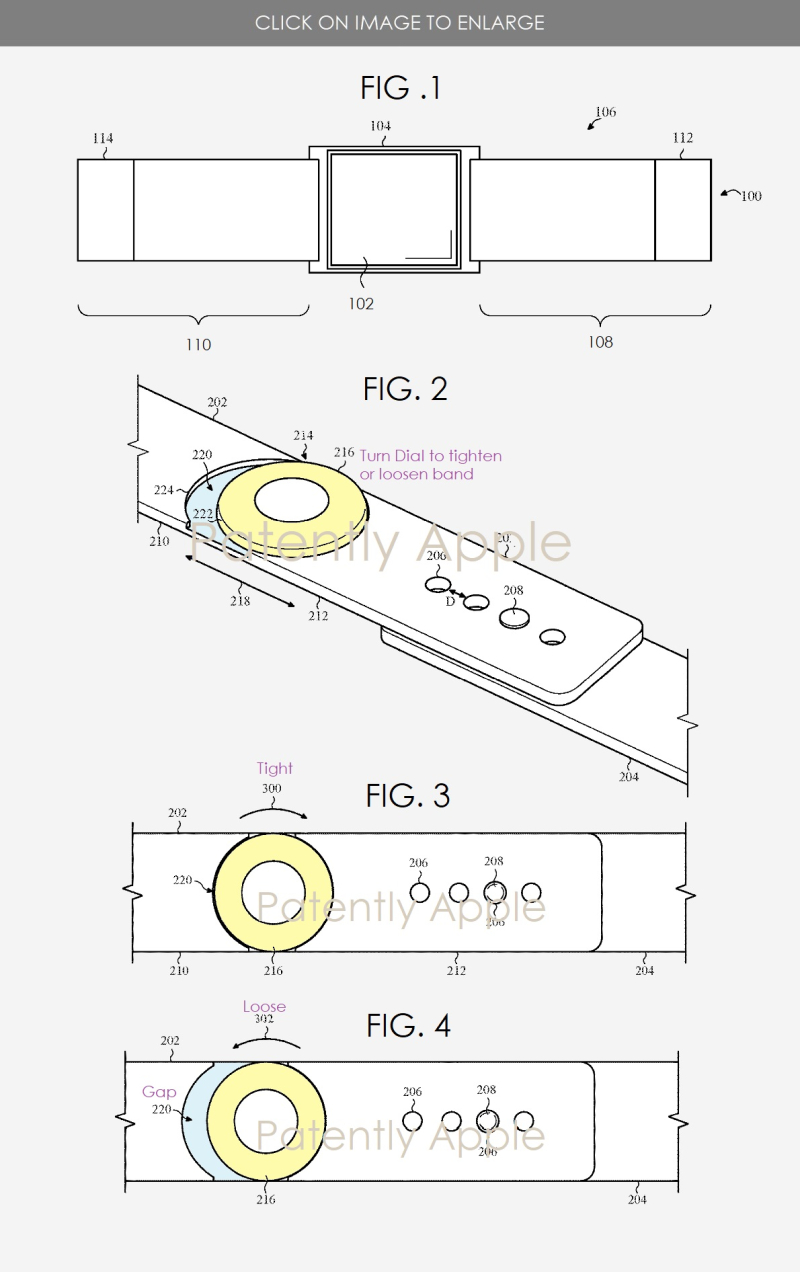 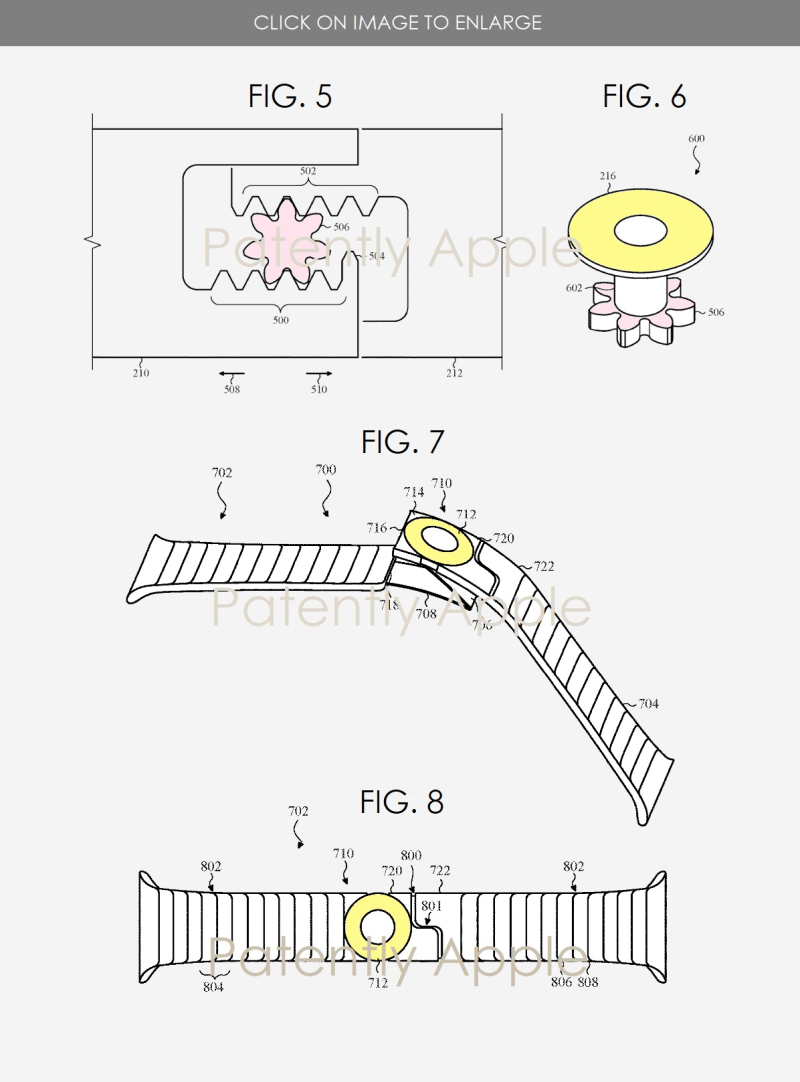 Apple's granted patent 10,463,120 was originally filed in Q3 2016 and published today by the US Patent and Trademark Office.