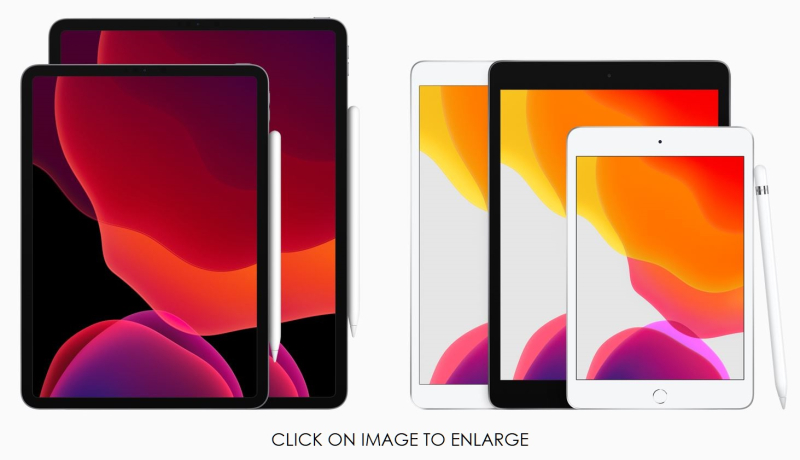 Apple's iPad models have been leading the tablet sector year after year and in Q3 2019 Apple has extended their lead as the number one vendor globally with 26.5% market share. As the Strategy Analytics Chart proves out below, Apple almost doubled second spot Amazon who edged ahead of Samsung due to new low ball pricing. 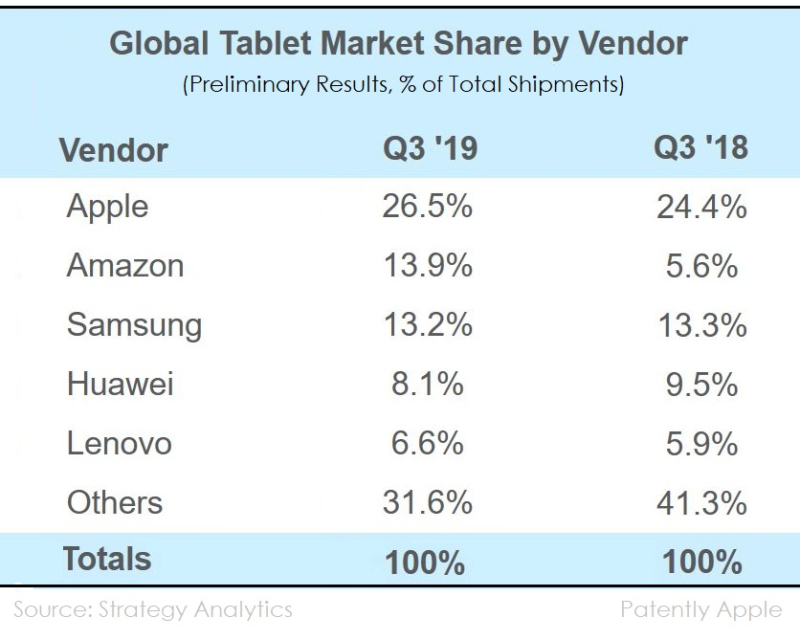 Strategy Analytics reported today that Apple is trying to reinvent the iPad to become a productivity device by adding keyboard support to most models and embedded SIM (eSIM) to all cellular models. Apple is still intensely focused on building services around its large installed base, including the newly launched Apple TV+ streaming service. 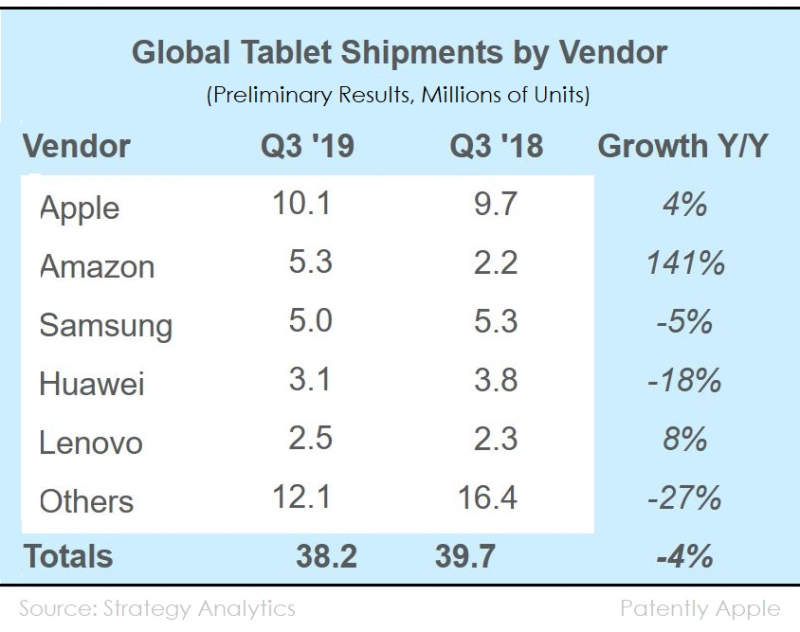 Amazon did well in Q3 with new products announced in September. Amazon usually gets one big quarter each year after they introduce new products. So their 141% growth in Q3 is seen as more of a blip than a trend at this time.

In the bigger picture, it's not quite clear what Strategy Analytics counts as a tablet? There's the new Fire HD 10 type of tablet that's like an iPad that sells at less than half the price of the cheapest iPad. Then there's the Echo Show 8, as shown below, which is  a smart speaker + display. Strategy Analytics didn't provide a product breakdown for us to review. Amazon's Fire HD 10 model will only count for calendar Q4 sales being that they only began entering the market on October 30th.  So it's a little difficult to understand where the spike in Amazon's tablets came from in Q3.

Apple could one day enter that market segment with a different kind of HomePod with a display and promote it with a free year's subscription to Apple TV+. But that's a story for another day.

Lastly, Samsung came in third spot in Q3 without slashing the prices of their higher end Android and Windows 10 detachables.