Under Extreme Pressure Apple Reverses Course and Pulls both ‘HKmap.live’ and Quartz App from their Chinese App Store 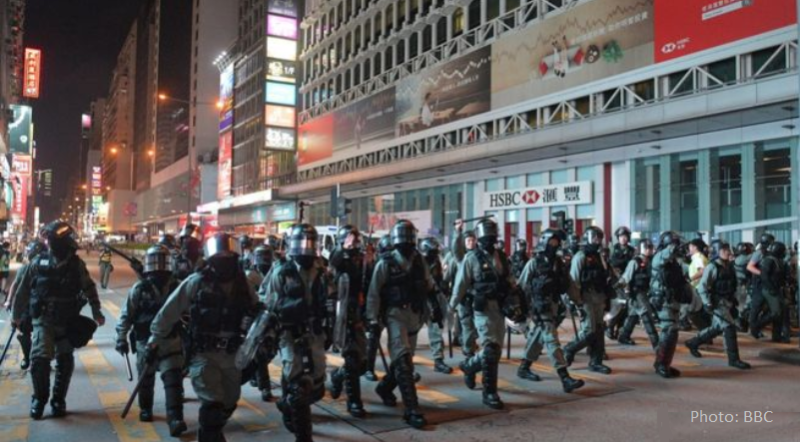 Apple Approved the app “HKmap.live” late last Friday and yesterday the Chinese Communist Party’s ‘People Daily’ erupted in anger over Apple’s move by stating that Apple's complicity in helping the protesters and questioned whether Apple was "thinking clearly." The paper further stated that "Letting poisonous software have its way is a betrayal of the Chinese people's feelings.” That reaction led Apple to pull the HKmap.live app.

Apple stated that the app, HKmap.live, had "been used in ways that endanger law enforcement and residents." They further stated that The removal then came after "many concerned customers in Hong Kong contacted us. We have verified with the Hong Kong Cybersecurity and Technology Crime Bureau that the app has been used to target and ambush police.”

Apple further added that “"criminals have used it to victimize residents in areas where they know there is no law enforcement.” For more, read the full BBC report.

The Hong Kong news site Caixin Global added to their report: “In a statement on Twitter, the developers of HKMap.live said they disagreed with the assessment from both Apple and the Hong Kong Police Force.

“The majority of user (reviews) in App Store … suggest HKmap IMPROVED public safety, not the opposite,” the developers said. “There is 0 evidence to support CSTCB’s accusation that (the) HKmap App has been used to target and ambush police, threaten public safety, and criminals have used it to victimize residents in areas where they know there is no law enforcement.”

Apple just took the Quartz app out of the Chinese app store at the request of China, and https://t.co/M7MXa7n7AG is now blocked from mainland China. Our excellent @qz coverage of ongoing Hong Kong protests may be the reason: https://t.co/FI4pcyzARz

You could read more about the Quartz app and Apple’s full statement here.