The Patent behind the Apple Watch Series 5 ECG Feature surfaced today at the U.S. Patent Office 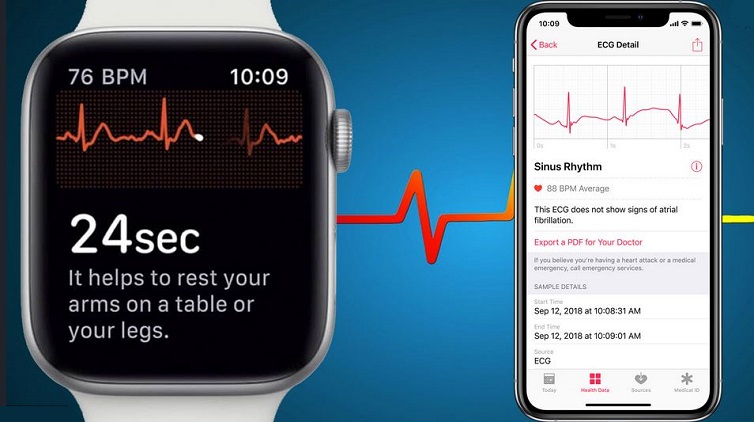 Today the US Patent & Trademark Office published a patent application from Apple that relates to advancing the digital crown found on the Apple Watch to include an ECG feature, now found in Series 5.

In some cases, the processor #3704 may determine a biological parameter of a user of the electronic device, such as an ECG for the user. 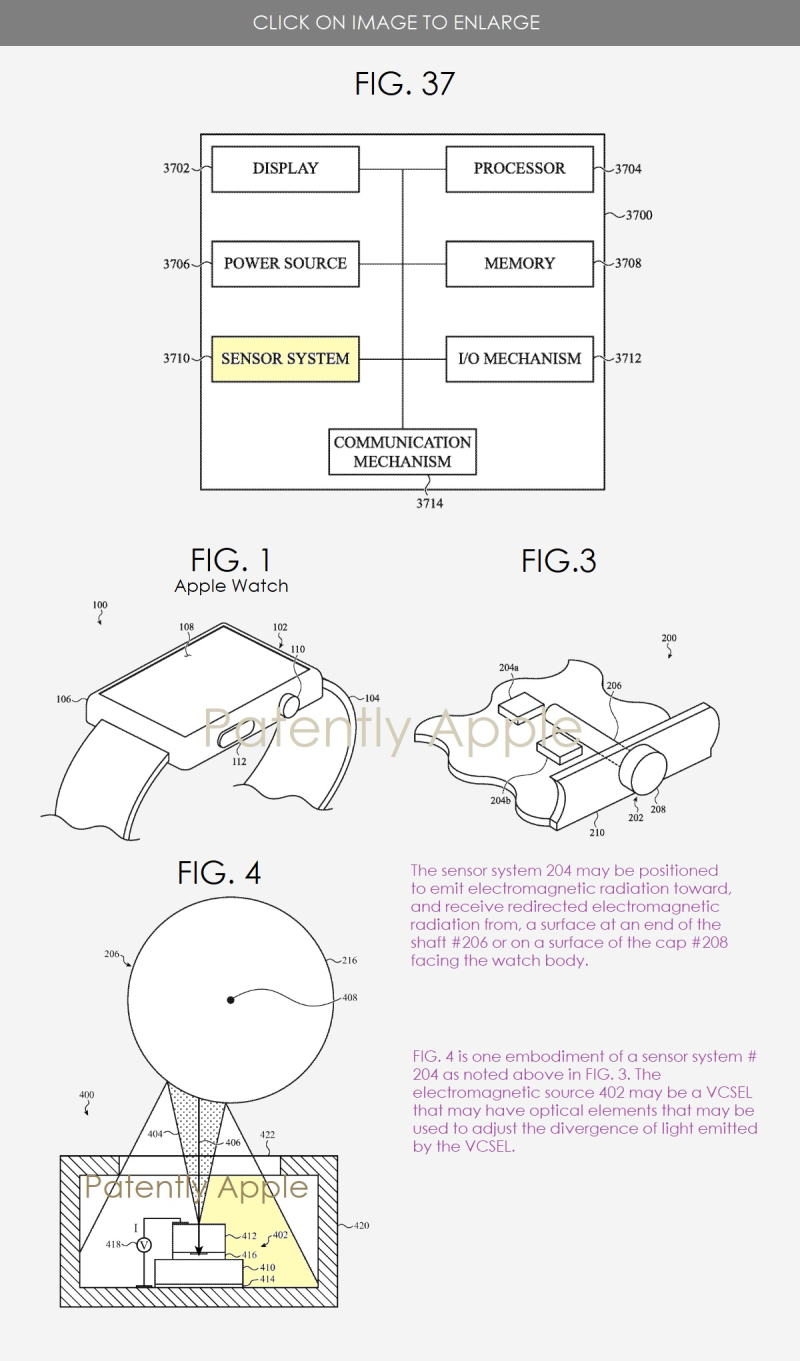 Apple further notes that the electronic device (Apple Watch) may also include one or more sensor systems #3710 positioned almost anywhere on Apple Watch. The sensor system(s) can be configured to sense one or more type of parameters, such as but not limited to, crown movement (rotation or translation); pressure on the display a crown, a button, or a housing of the apple Watch; light; touch; heat; movement; relative motion; biometric data (e.g., biological parameters) of a user; and so on.

Apple's patent application 20190317454 that was first discovered by Patently Apple today was filed back in Q2 2019 with work dating back to Q2 2018. Apple's patent is highly technical. For the engineers amongst us, check out the details of the patent here.

Technically this could be considered a patent fulfilled.