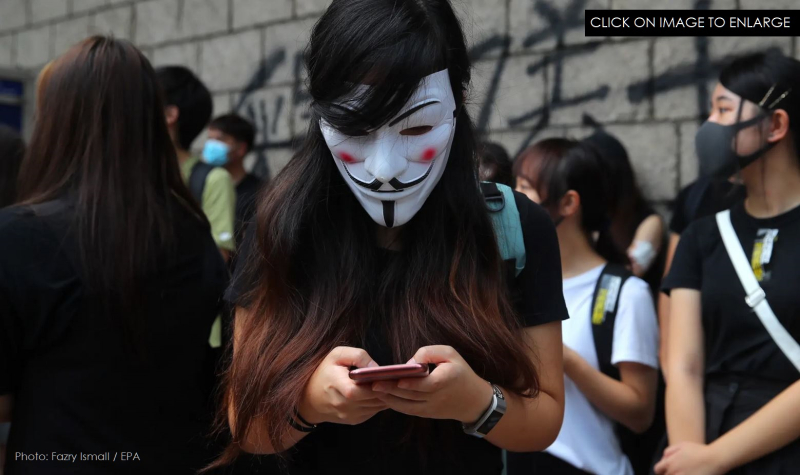 On Monday Patently Apple posted a report titled "Apple Approved HKmap.live late on Friday, an App that Shows Police activity within Hong Kong that they initially Rejected." What does China's government think of Apple's move?

Yesterday afternoon the Chinese Communist Party's official newspaper, the People's Daily, lashed out on Tuesday at Apple Inc for allowing an app on its app store that tracks the movement of police around Hong Kong and is used by protesters in ongoing and sometimes violent demonstrations.

In a commentary, the newspaper did not mention the name of the location app, but it decried what it said was Apple's complicity in helping the protesters and questioned whether Apple was "thinking clearly."

Another publication quoted the paper as stating that the App allowed  "Hong Kong rioters to openly commit crime while openly escaping arrests." It went on to state that Apple’s approval of the app made it an 'accomplice' in the protests because it “blatantly protects and endorses the rioters.'"

The map that is available on the Apple app store, the HKmap.live app, has become a lightning rod on Twitter for criticism and support of the protests. The developer did not immediately respond to a request for comment. On Saturday in a tweet they said that Apple had "many business considerations" but had "make thing(s) right."

Apple is the latest foreign company to catch heat in relation to the pro-democracy protests in Hong Kong, which have lasted four months.

The National Basketball Association (NBA) and U.S. sports brand Vans also have become embroiled in controversies over the protests.

The piece on the website of the People's Daily said Apple did not have a sense of right and wrong, and ignored the truth.

Making the App available on Apple's Hong Kong app Store at this time was "opening the door" to violent protesters in the former British colony.

"Letting poisonous software have its way is a betrayal of the Chinese people's feelings," the paper said.

Whether this real or staged 'anger' will translate into hurting iPhone 11 sales in Q4 is something we'll learn over time. Whether Apple will pull the app after learning of the reaction from the 'People Daily' is unknown at this time.