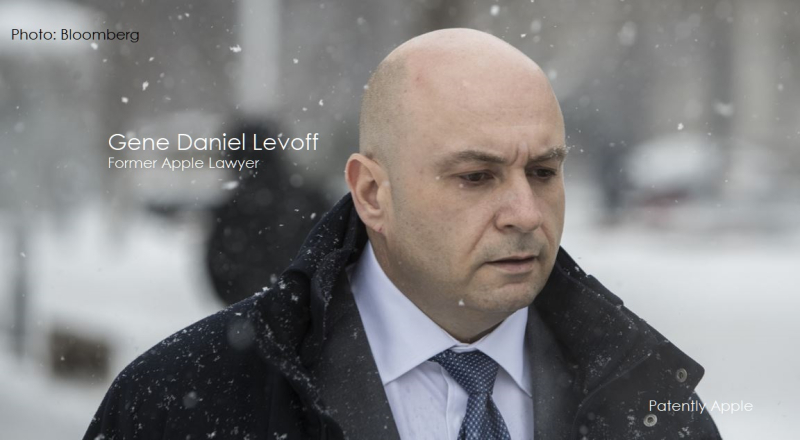 The full press release from the United States Attorney's office, District of New Jersey reads in full as follows:

Gene Levoff, 45, of San Carlos, California, was indicted on six counts of securities fraud and six counts of wire fraud. Levoff was initially charged by complaint in February 2019.

According to documents filed in this case and statements made in court:

Between February 2011 and April 2016, Levoff – the top corporate attorney at "Company-1," who also served as the company’s assistant secretary and corporate secretary –allegedly misappropriated material, nonpublic information about Company-1’s financial results and then executed trades involving the company’s stock. This scheme to defraud Company-1 and its shareholders allowed Levoff to realize profits of approximately $227,000 on certain trades and to avoid losses of approximately $377,000 on others.

Levoff used his position as a member and co-chairman of Company-1’s Disclosure Committee – which reviewed and discussed the company’s draft quarterly and yearly earnings materials and periodic U.S. Securities and Exchange Commission (SEC) filings before they were disclosed to the public – to obtain material, nonpublic financial information about Company-1. Levoff used this confidential information to buy and sell stock in Company-1 ahead of its quarterly earnings announcements. When Levoff discovered that Company-1 had posted strong revenue and net profit for a given financial quarter, he purchased large quantities of stock, which he later sold for a profit once the market reacted to the news. When he learned that Company-1 had posted lower-than-anticipated revenue and net profit, he sold large quantities of Company-1 stock, avoiding significant losses.

Levoff was subject to Company-1’s regular quarterly “blackout periods,” which prohibited individuals who had access to material nonpublic information from engaging in trades until a certain period after the company disclosed its financial results to the public. Levoff ignored this restriction, as well as the company’s broader Insider Trading Policy – which he was responsible for enforcing – and instead repeatedly executed trades based on material, nonpublic information without Company-1’s knowledge or authorization. On several occasions, Levoff executed trades within a blackout period after notifying other individuals subject to the restriction that they were prohibited from buying or selling Company-1 stock until the blackout period terminated.

The U.S. Securities and Exchange Commission (SEC) previously filed a civil complaint against Levoff based on the same conduct.

U.S. Attorney Carpenito credited special agents of the FBI, under the direction of Special Agent in Charge ­­­­­­Gregory W. Ehrie in Newark, with the investigation. He also thanked the SEC, for the assistance provided by its Enforcement Division, and Company-1, which cooperated with law enforcement over the course of the investigation.

The charges and allegations contained in the indictment are merely accusations, and the defendant is presumed innocent unless and until proven guilty."

No time table was provided in the press release regarding a trial date.