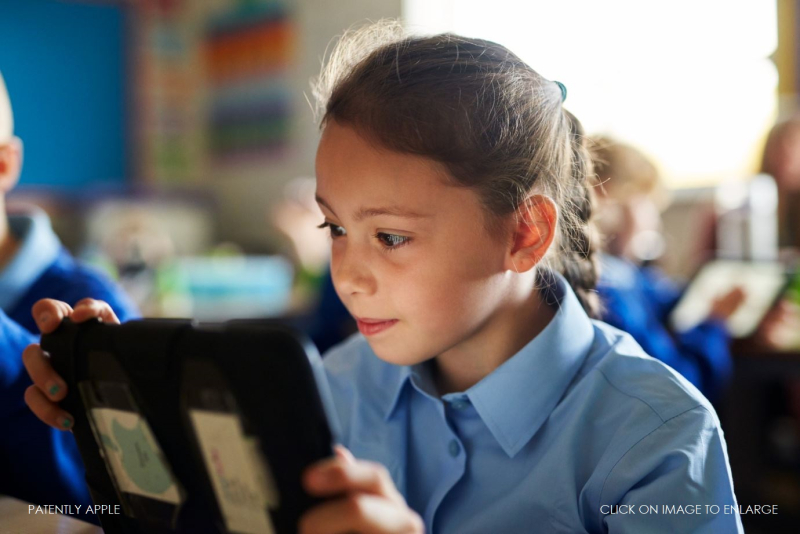 Classrooms across Europe are now celebrating EU Code Week. Students of all ages are living proof that coding opens doors to opportunities never before possible. At Layton Primary School in Blackpool, England, coding principles are helping 5 and 6 year-olds track down a rogue dinosaur. And in Italy, at Milan’s Institute De Amicis, coding is the key that unlocked a life-changing career for 28-year-old Belinda Tagariello.

These schools are part of a growing number of European institutions relying on the power and versatility of iPad, Mac and Apple's Everyone Can Code and App Development with Swift curricula to teach coding to a new generation of students. Both schools say the programs have led to more engaged, innovative learning with proven results. 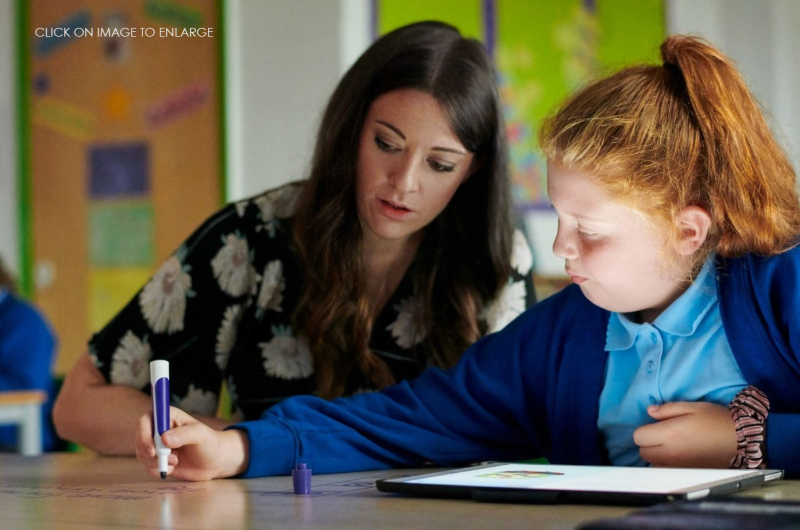 Meet teachers Alice Nutt (above) and Clare Scott (below). They were introduced to coding only two years ago, and now use Swift Playgrounds to incorporate coding principles into every subject they teach to their young pupils at Layton Primary School in Blackpool, England. The school, located in one of the most deprived areas of the country, has seen a remarkable change in its students since the program began. 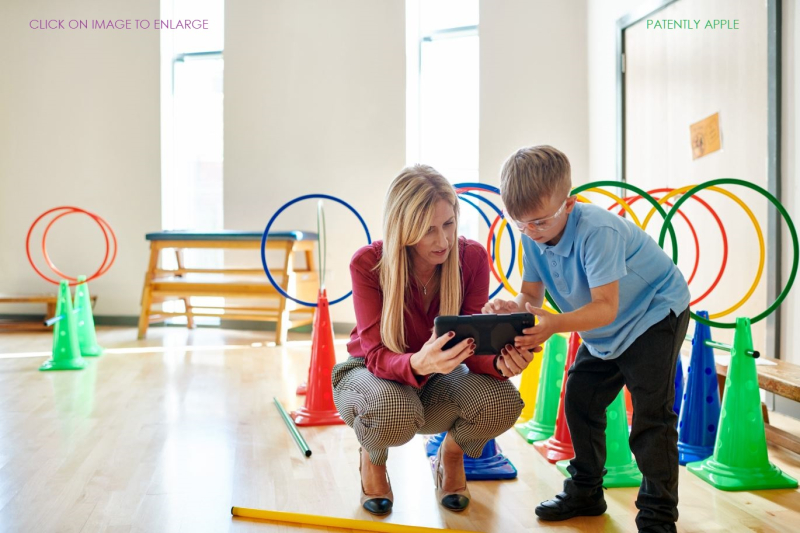 Teacher Clare Scott, 45, who has been teaching for more than 20 years, stated for the report:  "Children would sit there [before] and wait for things to happen. But children with a coding mentality know that if they do something, something will happen. There will be an output if they put in an input — and they are more resourceful in terms of being able to tackle problems."

In Scott’s classroom, her 5 and 6-year-old students practice coding skills in tasks both ordinary and extraordinary. She posed a problem to them: how do you get an escaped dinosaur back into the zoo? Her students decided they would make jam sandwiches and leave them out for the creature.

Scott brought in bread, butter and jam and asked her students to give her step-by-step instructions on how to construct the sandwich. The exercise introduced them to the individual commands required to execute a coding sequence.

Scott added that "We then left the jam sandwich outside the classroom overnight. And obviously the dinosaur came back and ate it — the next day there was just a crust." 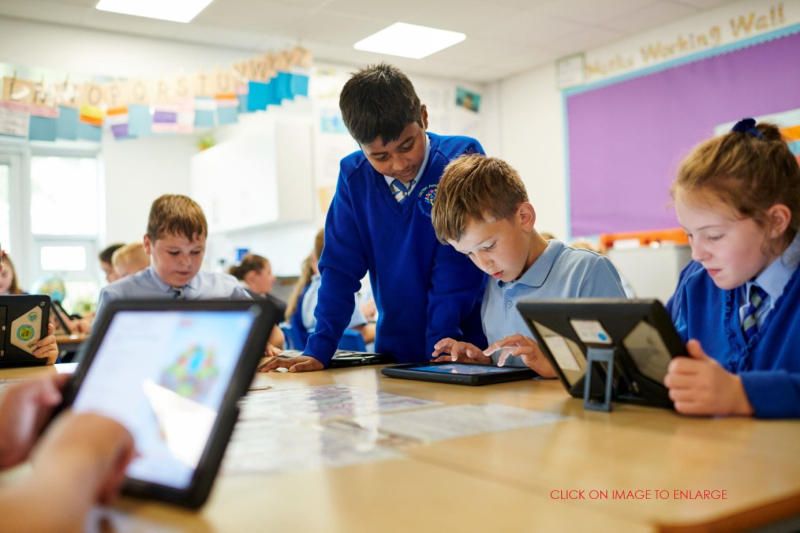 That coding mentality has proliferated every area of the school, and students apply coding principles to all subjects, most often through Swift Playgrounds.

Teacher Alice Nutt, 28, stated for the report that "We realized we’d already been using the skills of coding everywhere in the curriculum. When we write, we go back and edit and improve it — we were debugging. We sequence stories, we sequence events and things that we do in our everyday lives. So it’s just making everyone at the school realize that coding really is all around you." 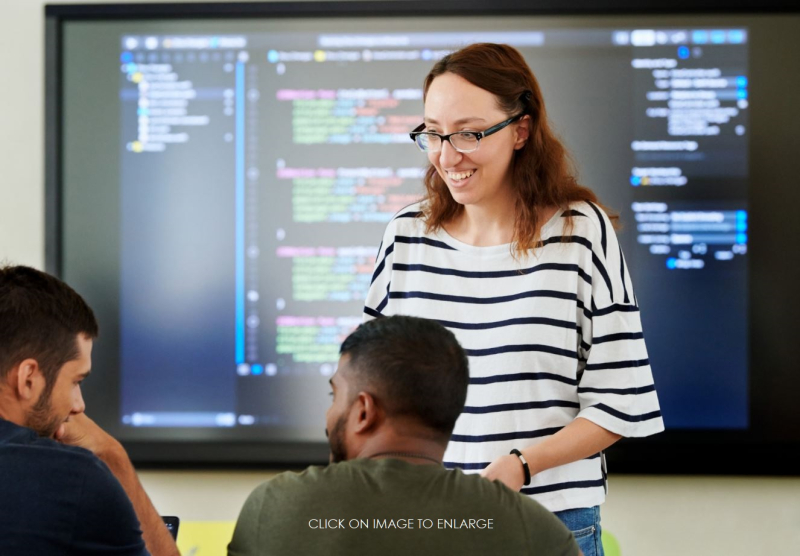 In Italy, Belinda Tagariello spent most of her 20s bouncing from one unfulfilling job to another. In 2017, she enrolled in a government-funded course that taught Swift, Apple’s powerful and easy-to-use programming language, to under- and unemployed young adults at the Institute De Amicis in Milan. As a first-time coder, Tagariello learned coding basics in Swift Playgrounds on iPad and quickly advanced to App Development with Swift on the Mac to start building something of her own.

Fast forward to today and Tagariello now teaches that same course, has one app already on the App Store, and is working on developing her second.

Tagariello stated for the report that "When I started to develop the app, I started to feel free because I could do it myself. When I found this, I found my way.' Forty-one students have completed the course and collectively they have produced 14 apps in two short years. Sixteen of the graduates have found jobs in the tech industry, and five have decided to enroll in university.

This October, Tagariello will welcome the third cohort of 29 students, most of whom have no coding experience. But their teacher says they shouldn’t be dissuaded by that — and she speaks, of course, from experience.

Tagariello added: "When I started I didn’t know anything about coding so they could take me as an example. If they apply themselves to this course they could go very far, farther than me — they could find their way.”

While Tagariello first introduces her students to coding through Apple’s fun and engaging Swift Playgrounds app for iPad, she gradually progresses to App Development with Swift curriculum on Mac. 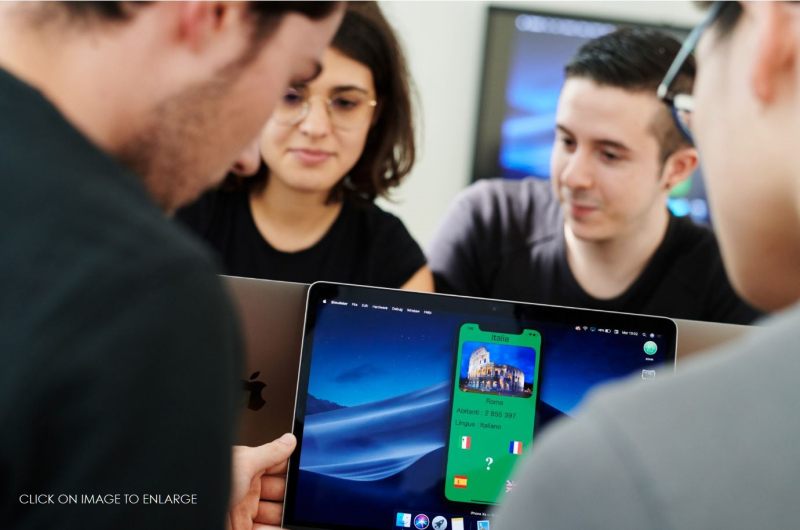 Apple’s Everyone Can Code helps students from kindergarten to college and beyond learn coding to solve problems and prepare them for the workforce. With teacher guides and lessons, students learn the basics on iPad with Swift Playgrounds and App Development with Swift helps aspiring developers build their first iOS apps. Today more than 5,000 schools, community colleges and technical colleges worldwide are using Everyone Can Code curriculum. Find out more at apple.com/everyone-can-code.