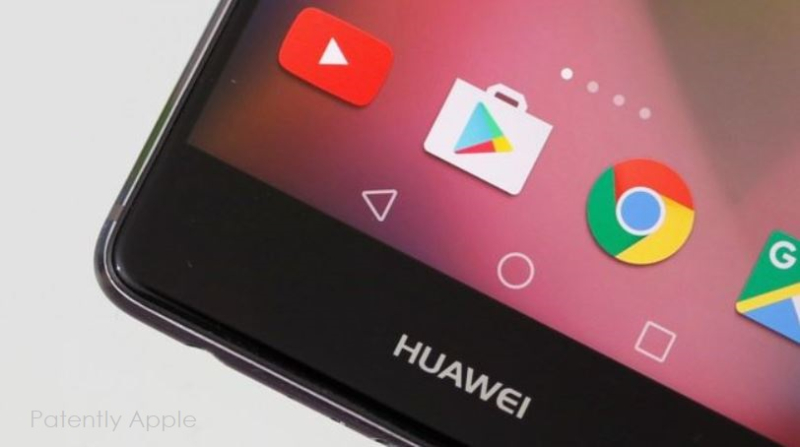 Smartphone shipments in China fell 6% year-on-year (YoY) during Q3 2019, the fourth consecutive quarter of a YoY fall, according to the latest research from Counterpoint’s Market Monitor service. However, on a quarter-on-quarter (QoQ) basis, shipments grew 6%, driven by newer product launches and summer break promotions in China. The top five brands accounted for a record 92% of the market, the highest ever. For smaller and low-scale brands, the chances of survival are increasingly grim in China.

Yet the story of the quarter is once again the surge of Huawei in China. Huawei (including the HONOR brand) led the Chinese smartphone market in Q3 with its market share growing to 40%, a record high.

About Huawei’s performance, Flora Tang, Research Analyst at Counterpoint, added, "Since the trade ban by the US, Huawei aggressively increased its domestic sales strategy dedicating more resources to offset the decline from overseas markets. For example, the two brands (Huawei and HONOR) are deepening their channel relationships, promotions, and incentives across all the tiers of cities, and both online and offline. Since most of the services and applications within Huawei smartphones are highly localized, Chinese consumers are immune to the implications of the US ban.

On the contrary, the ban has increased the sense of nationalism towards Huawei, increasing the brand’s mindshare and adoption domestically. In addition, the HONOR brand is also helping Huawei increase its market share in mid- to high-tier; the HONOR 9x performed well in the third quarter."

Meanwhile, Apple‘s iPhone sales were down 14% YoY [in China, about 9% globally according to Apple's CEO]. However, Apple’s price corrections with iPhone 11 and XR as well as introducing a new palette of colors, have stimulated demand during the last week of September offsetting the sharp annual decline during July and August, according to our Monthly Market Pulse report.

Overall, China, the largest smartphone market in the world has become increasingly concentrated with the top three brands [Huawei, Vivo and Oppo] now controlling three-quarters of the market. 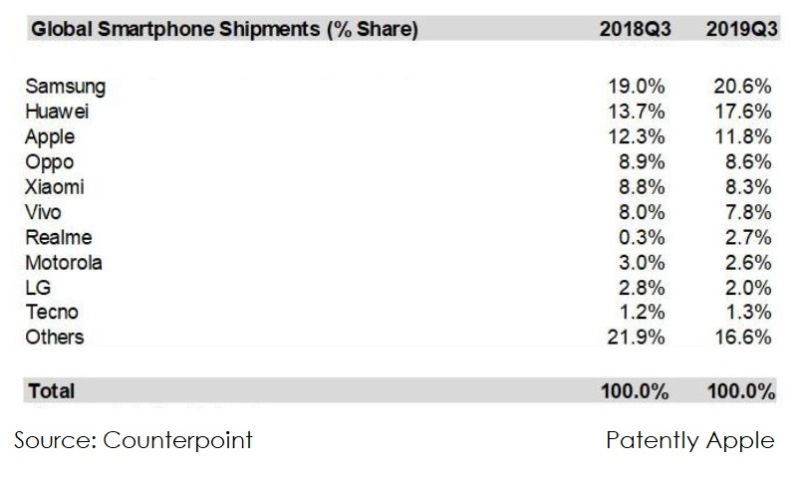 Most analysts agree that the surge in sales for Huawei is directly due to the U.S.-China trade dispute in addition to Huawei being blacklisted and unable to use up to date Android and other Google apps.

U.S. officials argue Huawei’s technology could pose a national security risk by opening a backdoor for Chinese spying. They point to Chinese laws that allegedly require every domestic company to assist with intelligence gathering if Beijing requests it. So even if Huawei denies that they would participate in such activity, the company really has no choice if the Government demanded it.

In the bigger picture, while there isn't an official anti-Apple movement to point to beyond die-hard communists, there's certainly a pro Huawei movement that is directly affecting Apple, though Apple's CEO isn't phased by iPhone sales in China.

While we'll have to wait and see how the new iPhone 11 models are doing in China for Calendar Q4 2019/ Apple's Fiscal Q1 2020, Cook pointed out yesterday that Apple Watch and wearables in general are doing better in China than other markets and that services grew double digits.