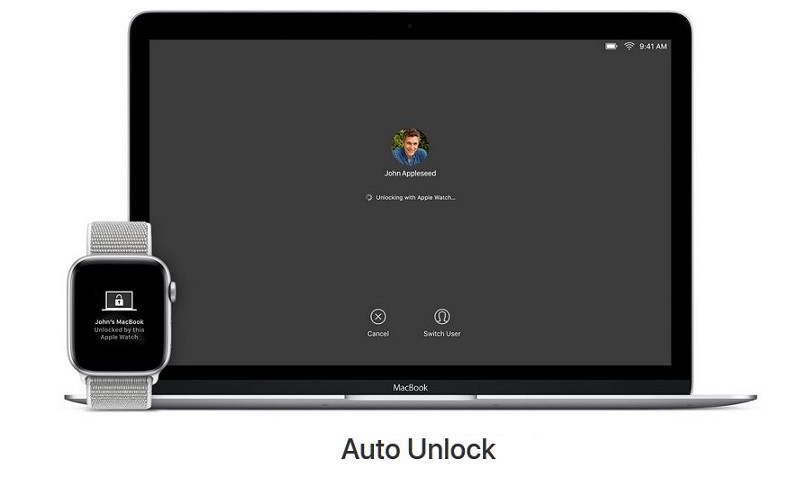 The U.S. Patent and Trademark Office granted Apple 64 newly granted patents today. Our final granted report of the day covers the 'Auto Unlock' feature with Apple Watch and a Mass transfer system for micro LED displays. We wrap up this week's granted patent report with our traditional listing of the remaining granted patents that were issued to Apple today.

Starting with macOS Sierra, Apple introduced an "Auto Unlock" feature that makes it easier for Apple Watch owners to unlock their Macs, with the Apple Watch being used for authentication purposes instead of a traditional password. Apple was granted patent number 10,440,574 that covers the Auto Unlock feature.

Apple's patent FIG. 1 below illustrates an environment that includes a first device to be unlocked and a second device; FIG. 3 is a flowchart of an exemplary discovery process performed between the first device and the second device. 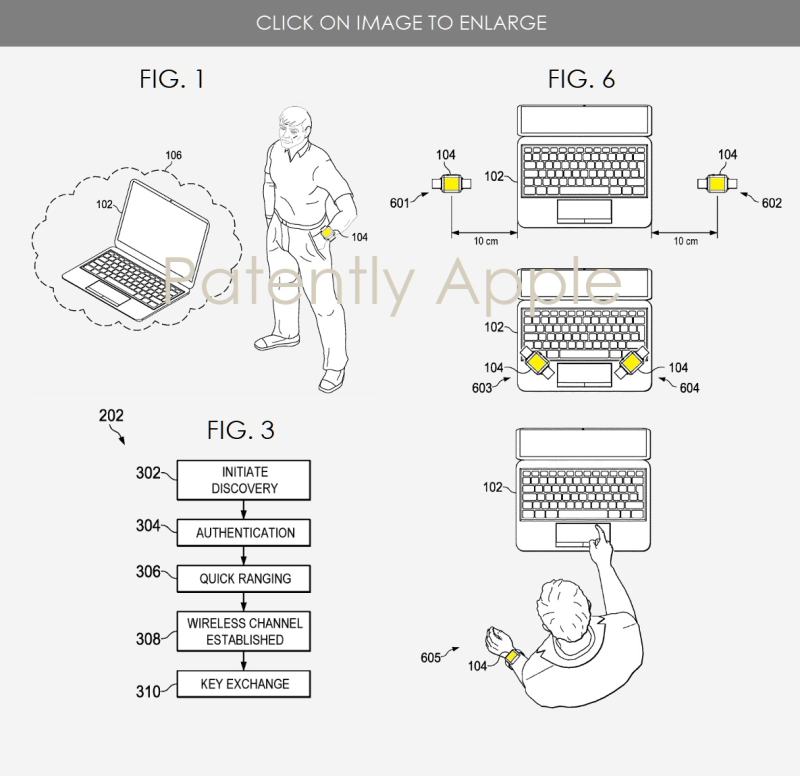 Apple's patent FIG. 6 above illustrates examples of a subset of experimental use cases of the first device and the second device that were examined to model a batch filter.

According to Currently Leading LED Tech and many other display expert sites, there are still a number of problems with producing Micro LED displays and the number one issue is the "micro led mass transfer."

Today Apple was granted a patent that covers this very issue. Apple's patent FIG. 1 below illustrates a schematic side view illustration of a mass transfer system. 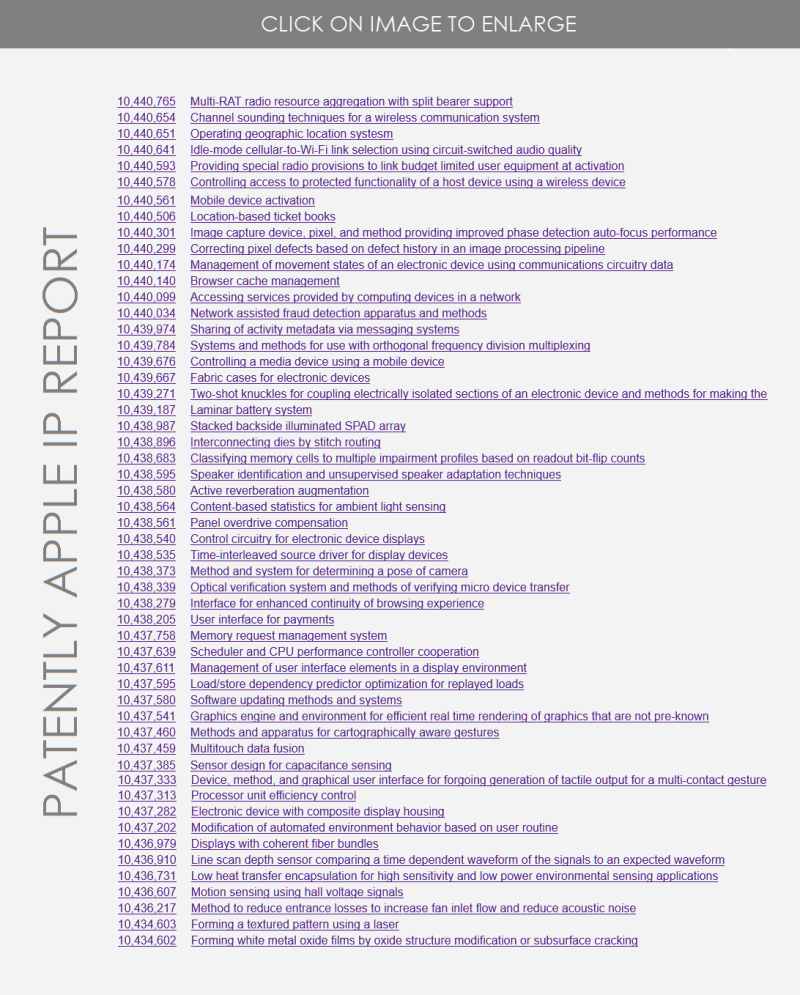