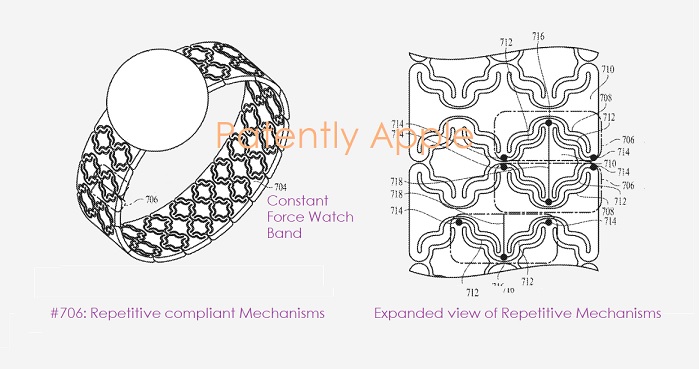 The U.S. Patent and Trademark Office officially published a series of 42 newly granted patents for Apple Inc. today. In this particular report we cover Apple's patent that relates to a possible next-gen Apple Watch band that provides the user with constant wrist tension so as to stay firmly in place while providing superior comfort. 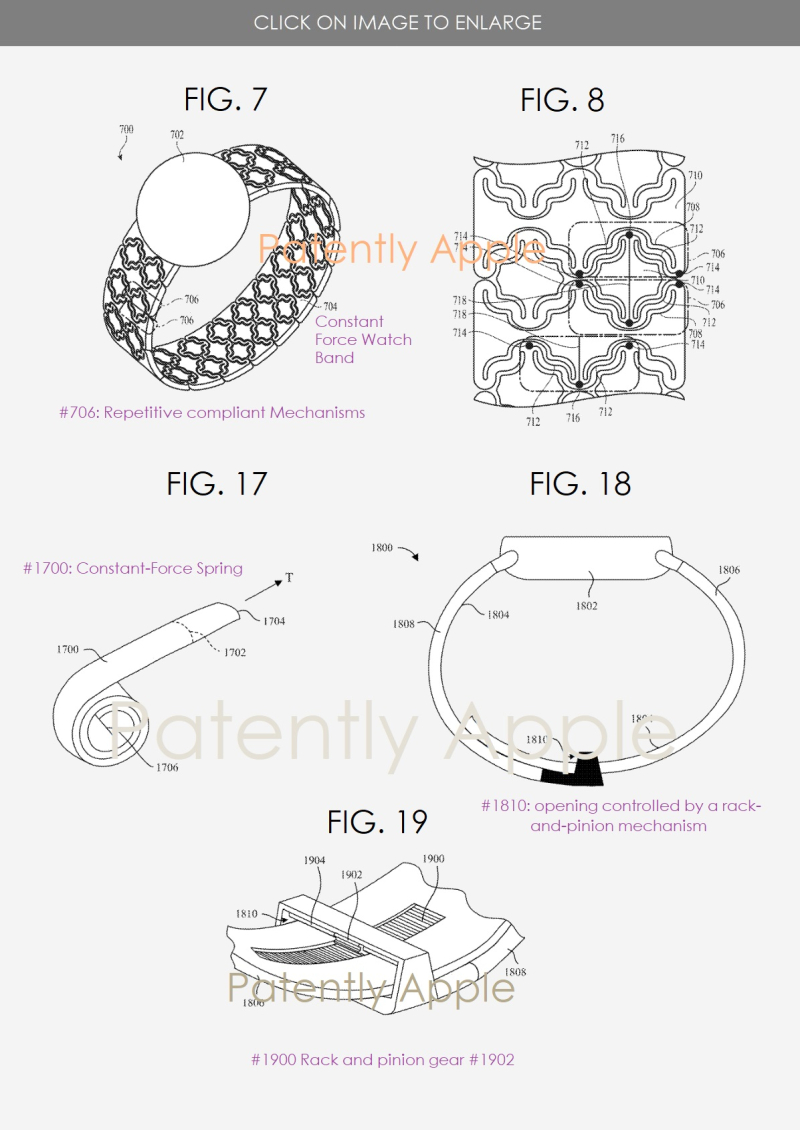 Apple's patent FIG. 20 below is an exploded view of the rack-and-pinion system; FIG. 27 shows a watch with a watch band that includes a constant-force pillow.. 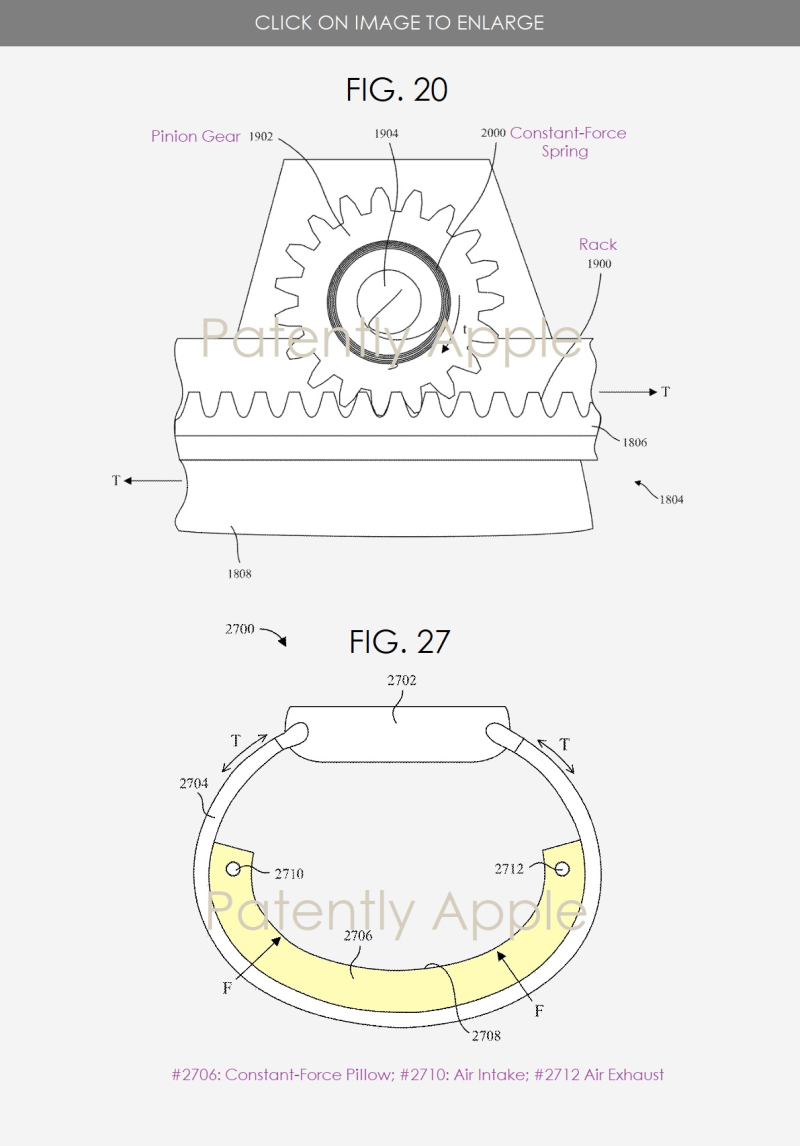 Apple's granted patent 10,455,906 was originally filed in Q3 2016 and published today by the US Patent and Trademark Office.