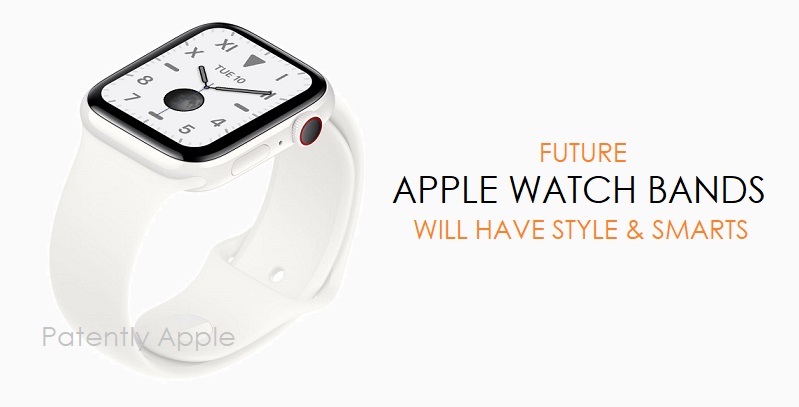 Yesterday the U.S. Patent and Trademark Office officially granted Apple another Apple Watch accessory patent in respect to future smart bands that Apple has been working on for at three or more years.

Smart bands will contain sensors and features that will be accessible on the band instead of the main watch body. These new sensors and features like LED lighting and touch controls will require power to accommodate them and Apple's patent illustrates a series of new connector systems for Apple Watch being considered that will do just that.

Today's report provides you with a broad overview of the invention and project in the big-picture while highlighting one of the most promising of designs that could eventually be adopted; one that describes a new plug-in style band.

Apple's granted patent 10,448,711 is primarily about a new kind of band connector for a future Apple Watch that will provide the connecting band with power for sensors and new features to function.

Apple has been working on this project for several years now and to understand some of the features that Apple is thinking of bringing to future Apple Watch bands, check out our patent reports covering future sensors and features in full here: 01, 02, 03, 04, 05, 06 and 07 which illustrates a new band connector with power prongs which is in some ways relates to this latest granted patent. The patent figure below is from a 2016 patent application (from 07 above).

The patent figure above from the 2016 patent shows a possible future Apple Watch band slitting apart at the bottom with one side being a connector that could be plugged into a MacBook for recharging.

Apple notes in their latest granted patent that "In various embodiments of the present invention, these interconnect paths provided by these connectors may be used to convey power, ground, signals, test points, and other voltage, current, data, or other information."

The patent granted to Apple yesterday provides a great number of patent figures showing a wide array of different configurations and mechanisms that Apple's engineering teams are experimenting with until one is finally chosen. 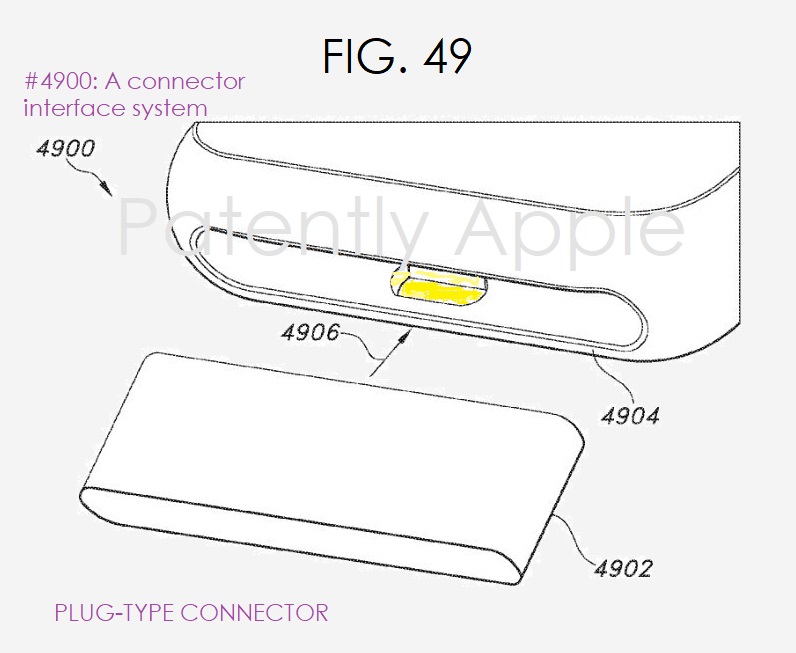 Apple further notes that where a plug-type connection is used instead of a lateral sliding connection, mechanical design of the connector assembly may be simplified, as the potential for damage to electrical contacts during lateral sliding is reduced or eliminated.

Apple's granted patent was filed in Q3 2017 with work on this patent going back to Q3 2016. To review the wide array of ideas that Apple's engineering team is working on, check out granted patent 10,448,711 here.