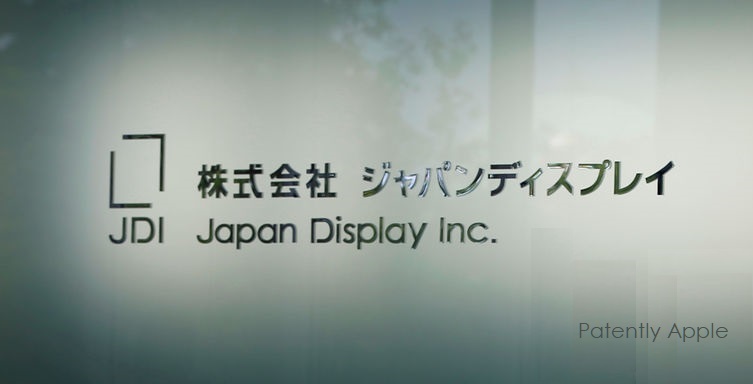 Late last month Patently Apple posted a report titled "At the Last Moment, one of Japan Display's big Bailout Investors Pulled Out, Pressuring Apple to now Save the Day." A new report today claims that Japan Display said it aims to clinch a deal this month for US$470 million in vital funding, having had to scramble after an investment group suddenly pulled out of a bailout plan for the Apple supplier, according to Reuters.

For Apple, any collapse of Japan Display would hurt its ability to deliver competitive pricing for its new iPhone 11 base model which is $50 cheaper than last year's XR model. It could also force the U.S. firm to turn to rival suppliers for liquid crystal displays (LCD) and increase its reliance on Samsung Display for organic light-emitting diode (OLED) screens.

Japan Display has said a major client, which sources with direct knowledge of the talks have said is Apple, intends to invest $200 million, double the amount it previously planned. Hong Kong-based Oasis Management will also contribute $150-180 million. A Japan Display supplier and other funds are also set take part.

Orders for LCD screens from a major customer have been "stronger than previously planned," Kikuoka said. The comment follows a recent Nikkei Asian Review report that Apple has asked suppliers to increase production of its iPhone 11 models by around 10%.

Kikuoka said the company has started producing OLED screens. Sources have said Japan Display will produce OLED screens for the Apple Watch this year. For more, read the Reuters report.