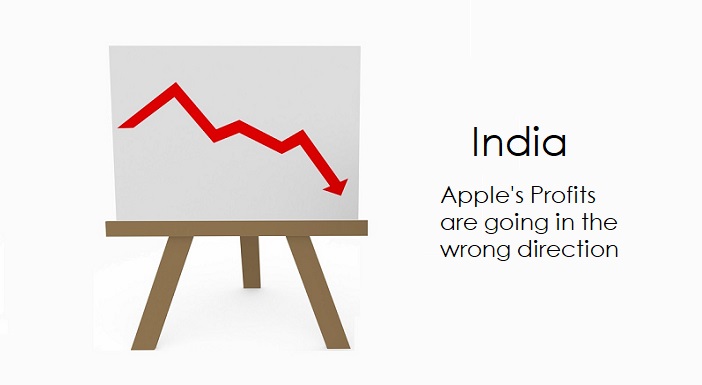 Apple India's revenue and net profit fell for the first time in FY19 on the back of slowing iPhone sales last fiscal due to a weakening rupee warranting a price hike and higher import duties because of small local assembling operations here, analysts said.

The company's revenue from operation fell 19% to Rs 10,538.3 crore while profit plunged more than 70% to Rs 262.3 crore, latest regulatory filings made to the Registrar of Companies (RoC) showed.

“Following the global trend, Apple India's revenue has declined by 19% last fiscal in contrast to its gain of 19% in FY18,” said Mohit Yadav, founder of business intelligence platform Veratech Intelligence. “Understandably, the company is taking a conservative approach. 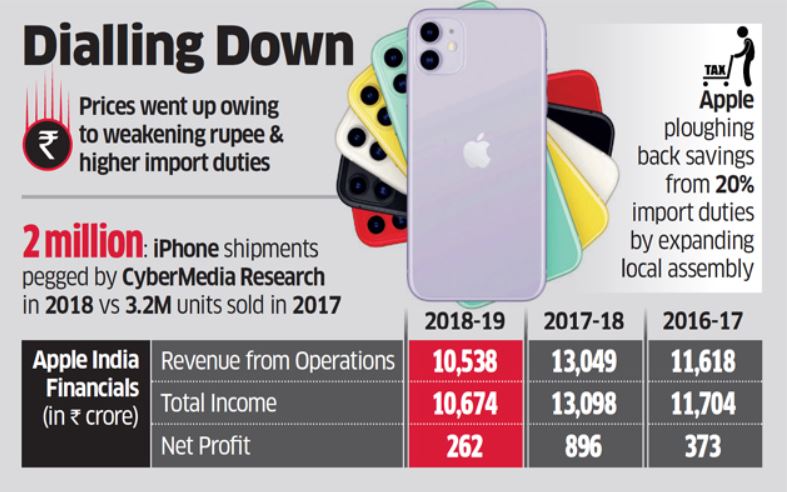 Counterpoint Research associate director Tarun Pathak said Apple India’s financials will turn around in FY20 due to attractive pricing of iPhone 11, adding more premium phones to local assembling enabling 20% savings in taxes and buoyant demand for older yet pricier models like iPhone XR. Pathak added that "Apple has got all the ingredients right for a turnaround in India this fiscal."

As per Counterpoint Research numbers, Apple made an entry into the top ten smartphone brands in India during the July-September quarter due to price cuts on iPhone XR model along with good channel demand for of its newly launched iPhone 11. For more on this report, read the full Economic Times of India.

While Apple's profits fell off a cliff, BK Electronics realme smartphone company enjoyed growth of 800% in the quarter. Realme's performance in India seemed to choke off most competitors.