Home Archives Contact Us Subscribe Twitter MeWe Facebook Patently Mobile
Apple Patent Points to Image Stabilization & Face-Tracking in Future iDevices to Keep Content Stable when in Motion
Another Day another EU Investigation into Apple's Business Practices. This time it's about the Restrictive Nature of Apple Pay 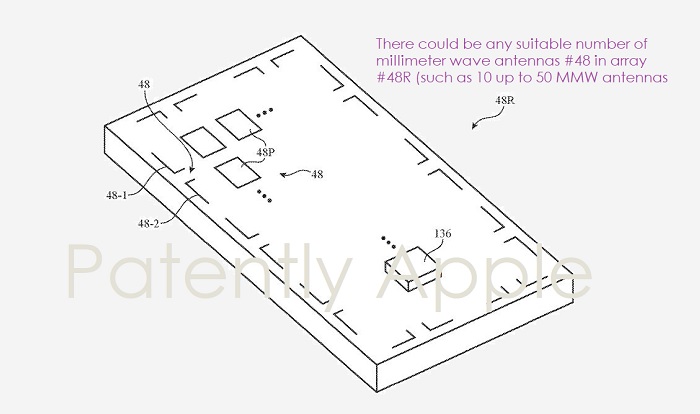 Today the US Patent & Trademark Office published a patent application from Apple that appears to be a possible AirDrop technology update or replacement that uses millimeter wave signals. The new system will provide a superior methodology for sharing data accurately and more securely.

Sharing information wirelessly with nearby electronic devices can be cumbersome for a user. The user may not know when the device of another user is sufficiently close to establish a short-range wireless communications link.

There may be multiple devices within range, making it challenging to safely and easily establish a communications link with the desired device. For example, when a user is in a public environment with a large number of unfamiliar devices, the user may have difficulty finding and selecting the desired device with which he or she desires to communicate wirelessly.

Apple's patent FIG. 2 below is a schematic diagram of an illustrative electronic device with wireless communications circuitry and sensors illustrating both millimeter wave and Ultra-Wideband transceiver circuitry. 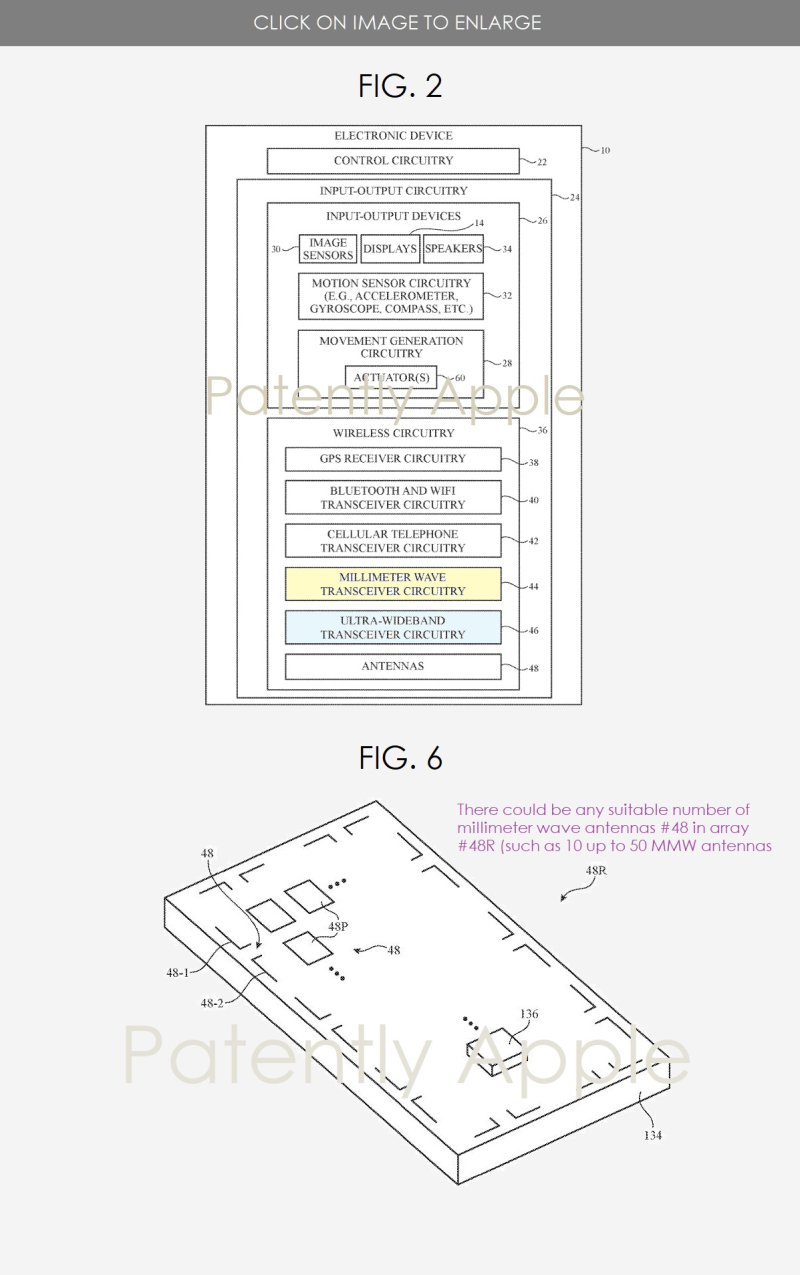 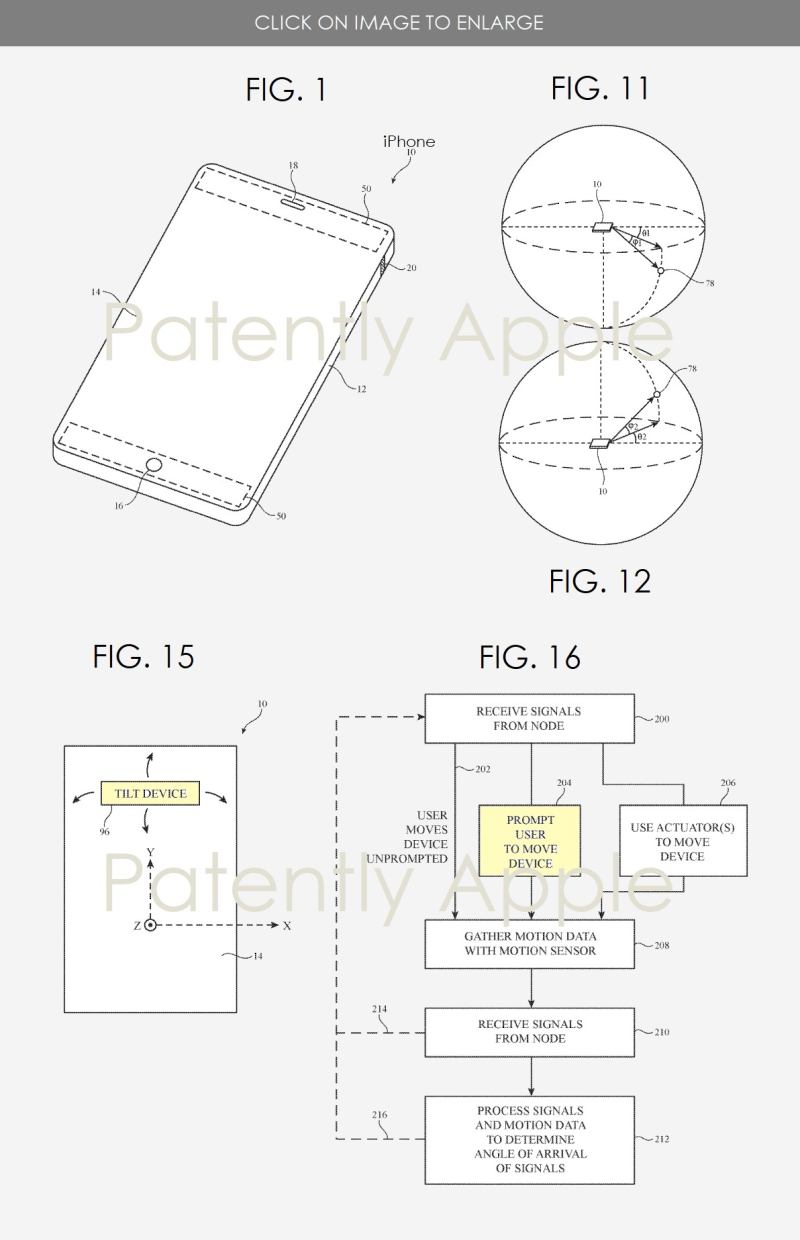 As with most Apple patents, they don't want the technology limited to just an iPhone and therefore list other future devices that could include any of the following:

Apple's patent application 20190317177 that was published today by the U.S. Patent Office was filed back in Q2 2019 with initial work dating back a year. Considering that this is a patent application, the timing of such a product to market is unknown at this time.