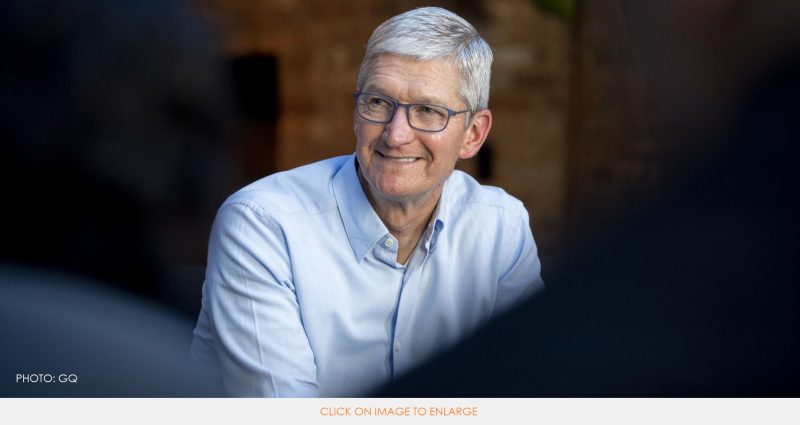 On Tuesday Patently Apple posted a report titled "Apple's CEO Delivered a Speech about the Company's work on Climate Change and more at the 30th Anniversary of Ceres." After his speech Cook sat down the GQ for a brief interview.

One of the main things that stood out in the interview was that while Apple is working to promote iPhone trade-ins so that that they can harvest its materials as part of their sustainability program, Cook hinted that they may give priority to third party products in their stores that promote recycled materials to help the environment.

GQ writes that "Cook doesn’t have control over the environmental implications of third-party Apple accessories—and isn’t looking to police them." However, as "Cook acknowledged, products chosen to be sold in Apple’s stores or that want to use Apple’s certified badges (for example, with the company’s 'MFi' program) are things Apple can actively exert some control over.

Cook stated that "We carefully decide what goes in our store. That’s sort of how we would put the finger on that scale to try to motivate people to do the right thing."

Going back to the potential for a green-themed distinction or mark from Apple...when asked whether he had a plan to encourage more of these third-party manufacturers to be more sustainable, Cook confirmed that something in the realm of a mark or badge for specific products that measured up to Apple's high bar for sustainability isn’t off the table. For more of this story, read the full GQ report.

If you're interested in environmental issues then you could read Apple's 2019 Environmental Responsibility Report here.