Today the US Patent & Trademark Office published a patent application from Apple that relates to a mixed-reality headset supporting a high-quality Foveated display. Apple's original work on Foveated displays was originally filed back in 2017, published and reported on in June 2019. In June, Patently Apple covered another patent on this in a report titled "Apple's 8K Foveated Display Technology could apply to both Mini-Displays for a VR Headset & a Wall Mounted Display+." Apple was granted their first patent related to Foveated displays earlier this month.

Electronic devices often include displays and image sensors. Particularly when high-resolution images are being displayed for a viewer, it may be burdensome to display images at full resolution across an entire display. Foveation techniques involve displaying only critical portions of an image at full resolution and can help reduce the burdens on a display system. In some cases, images of the environment of the user may be displayed on the display. However, it may be burdensome to use the image sensor to obtain high-resolution images of the user's entire environment.

Apple's invention covers an electronic device such as a head-mounted device may have a display. In some cases, the display may be a transparent display so that a user may observe real-world objects through the display while computer-generated content is overlaid on top of the real-world objects by presenting computer-generated images on the display. This is what makes is a Mixed Reality headset supporting both AR and VR applications.

There are a number of possible arrangements for the pass-through camera that allow the camera module to selectively capture high-resolution images. For example, the front-facing camera may include an image sensor with two or more pixel densities, a distortion lens, and/or one or more planar or curved mirrors. Any of the components in the camera module may be adjusted to change which portion of a scene is captured with high-resolution image data. 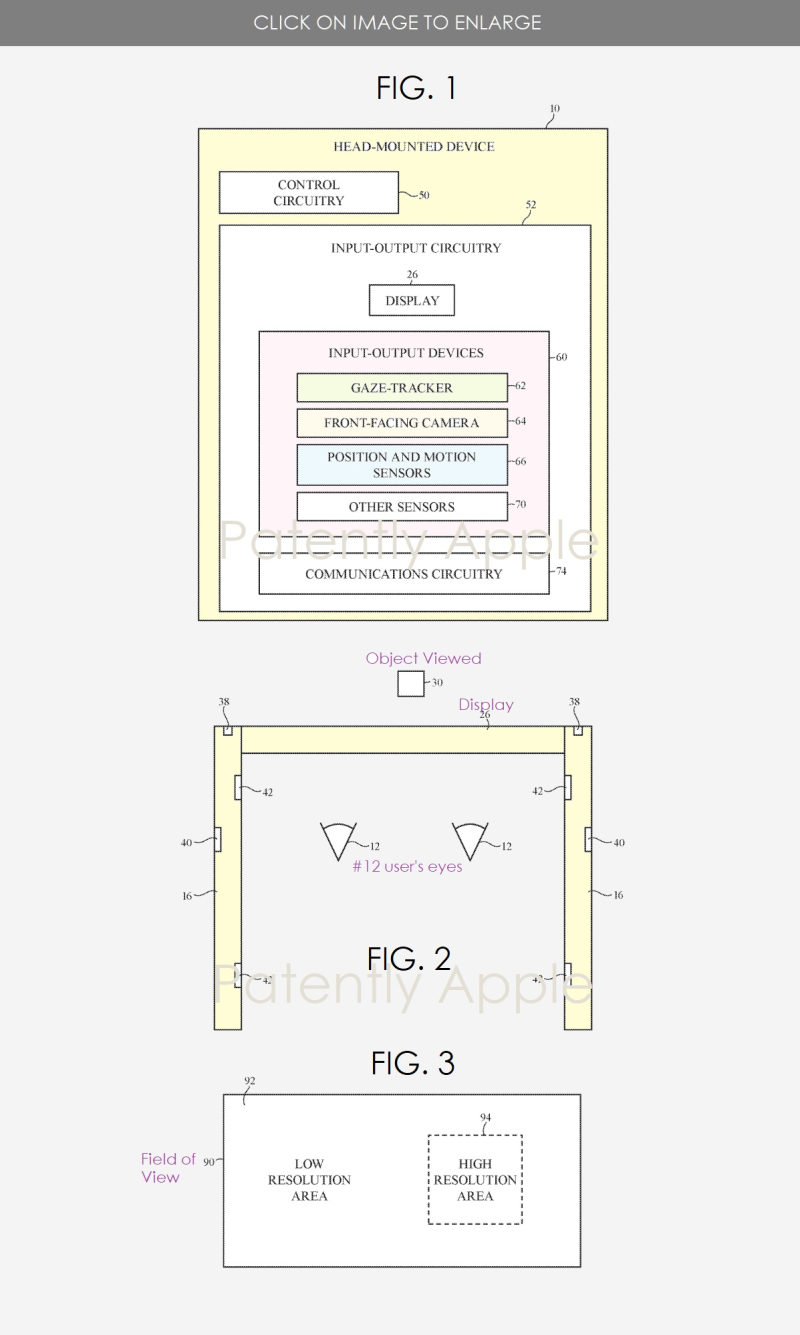 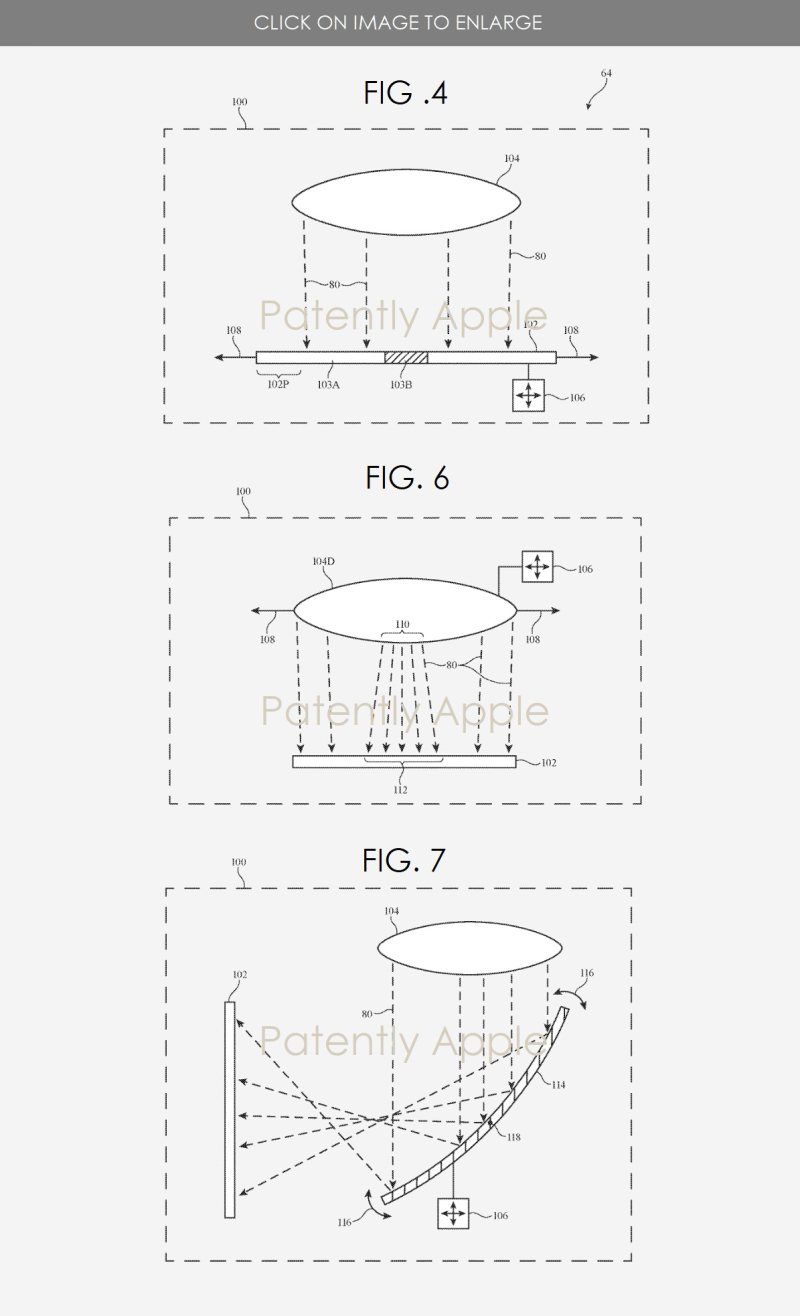 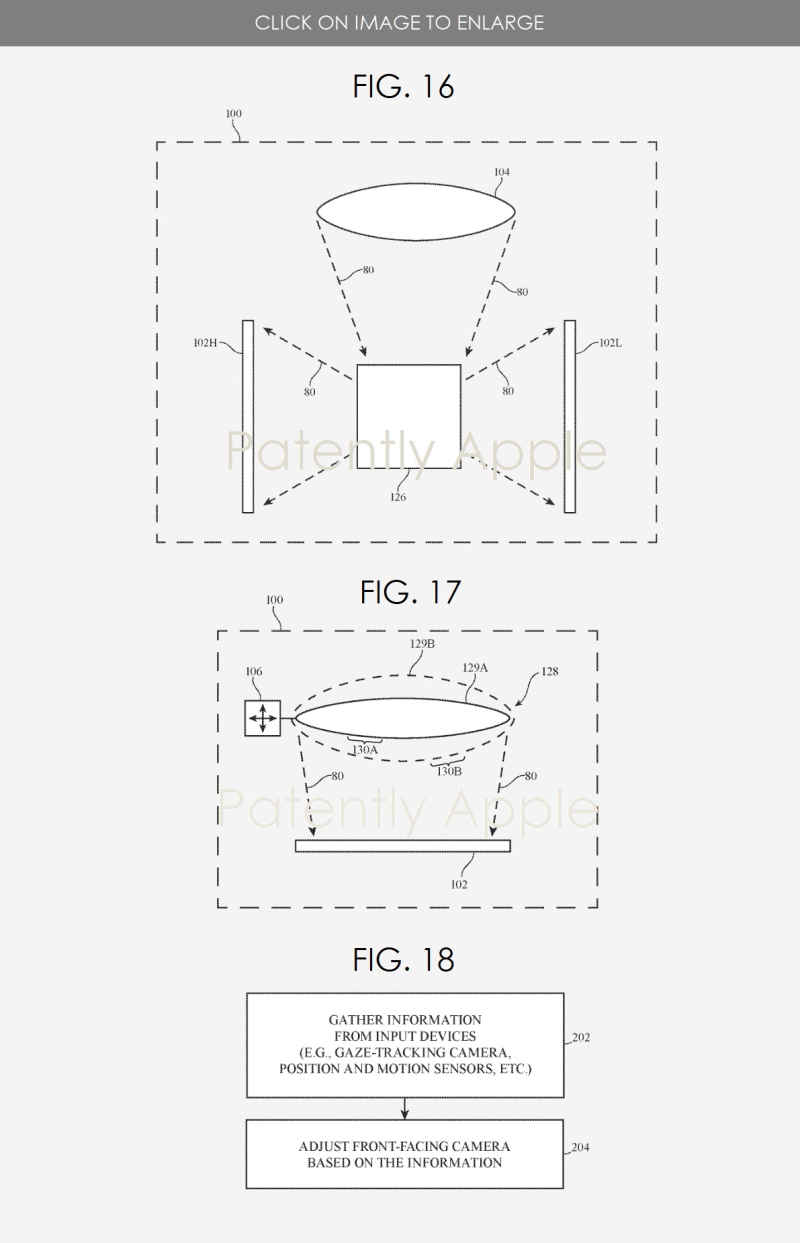 Apple's patent FIG. 18 above is a flow chart of illustrative operations involved in operating a head-mounted device with a gaze-tracking system and a front-facing camera.

Apple's patent application 20190331919 that was published today by the U.S. Patent Office was filed back in Q3 2018. Considering that this is a patent application, the timing of such a product to market is unknown at this time.