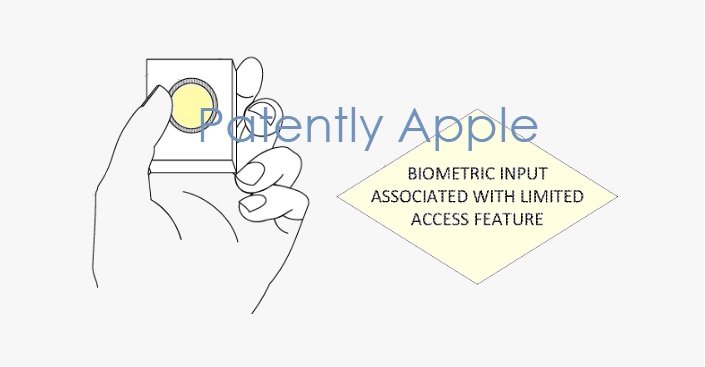 The U.S. Patent and Trademark Office officially published a series of 64 newly granted patents for Apple Inc. today. In this particular report we cover Apple's patent that reveals a future version of the Apple TV remote that will use biometrics such as Touch ID to restrict access to certain content. With the release of Apple TV+ next month, it would seem that such an invention  would be useful. Though as with all patents, we never know when or if Apple will adopt patent pending or patented inventions.

In Apple's patent FIG. 1 further below you'll see an isometric view of a system #100 for operation of limited access features of an electronic device #120 using remotely collected biometric data.

The remote control device may include at least one sensor #140 that is configured to detect at least one biometric characteristic from a candidate user #130. 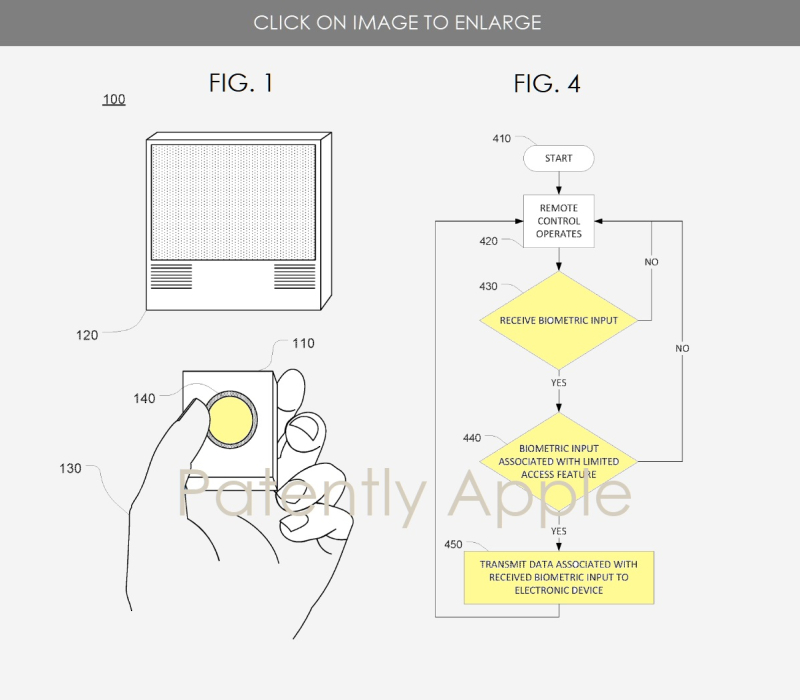 The reasoning behind using biometrics is to restrict access to content by children in the home. Apple notes that a child may be a user of the remote with only limited access.

If a child grasps the remote and aligns a finger with a fingerprint sensor of the remote, the child may not be permitted to access certain limited-access features of the television (or other electronic device) by operating the remote.

The same goes for the types of biometrics used. Beyond Touch ID, Apple states that the sensor may include any number of biometric sensors capable to detect biometrical characteristics from the candidate user. For example, in certain embodiments, the sensor may be a retina or iris sensor, an electrocardiography sensor, a vein imaging sensor, voice sensor, or any other sensor capable to objectively measure a unique biometric characteristic of the candidate user.

Caballero; Ruben: Vice President of Engineering; Worked on the strategy, roadmap and design of products at Apple including the first designs of the iPhone and iPad and expanded to include all Apple HW products including Apple TV/Siri Remote and Airport Products

About Making Comments on our Site: Patently Apple reserves the right to post, dismiss or edit any comments. 10,431,024