Home Archives Contact Us Subscribe Twitter Facebook Patently Mobile
Apple's CEO Delivered a Speech about the Company's work on Climate Change and more at the 30th Anniversary of Ceres
Samsung Reportedly shipped 9.9 Million OLED Displays to Apple in September, a 40% Increase over the Original plan 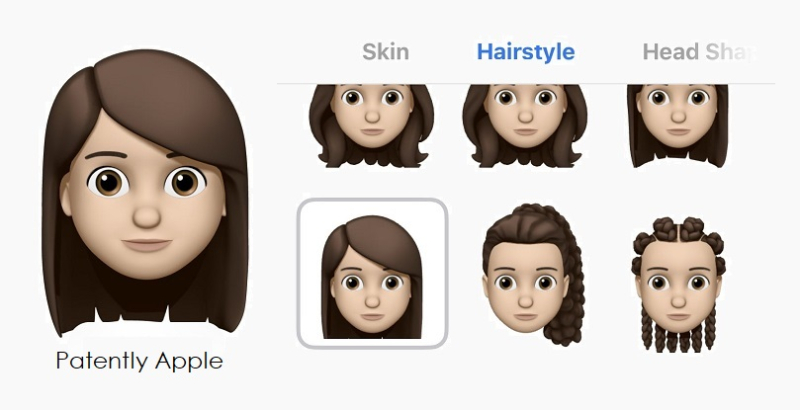 The U.S. Patent and Trademark Office officially published a series of 43 newly granted patents for Apple Inc. today. In this particular report we cover a patent that credits three out of four inventors from Faceshift. Apple acquired Faceshift in late 2015.

It would appear that the patent-pending invention originally came by way of Faceshift, as the patent figures have a foreign look to them and not like those from Apple that are easy to identify. The patent figure 4 below illustrates a functional block diagram of a hair style detector. 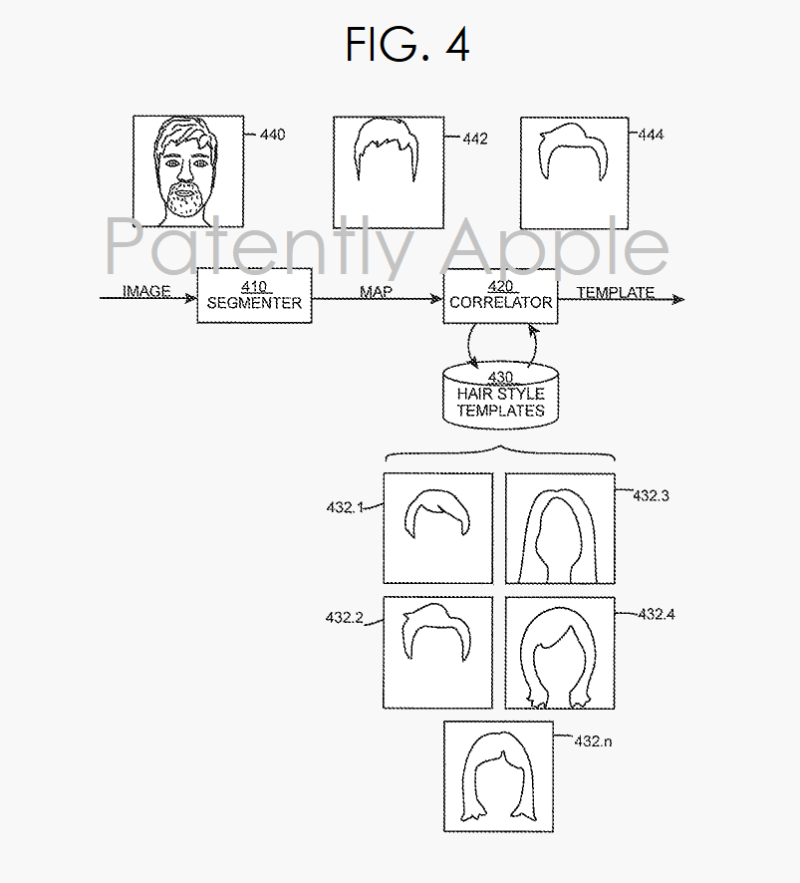 The invention is not about what's to come in the future but rather the foundation for Apple's Memoji where a user's face can be augmented with glasses, a beard, a hat, hair color and so forth in an Avatar-like image that retains a cartoonish element to a user.

It's great that Apple's Memoji has another patent to protect it from patent trolls. Other patent reports covering Memoji patents that originated with Faceshift include these: 01 and 02.

Google came out with a lower-end version of Memoji that they've branded "Minis" as presented in the video below.

It's interesting to note that two of the inventors listed on Apple's granted patent published today are Sarah Amsellem and Sofien Bouaziz that originally joined Apple then jumped ship to join the Google.

Apple's granted patent 10,452,896 is titled "Technique for creating avatar from image data." The main inventor on the patent is Thibaut Weise, former CEO and Co-Founder of Faceshift.

For those not familiar with Faceshift's original work that attracted Apple to acquire them, the video below will provide you with that which became the foundation for Memoji.