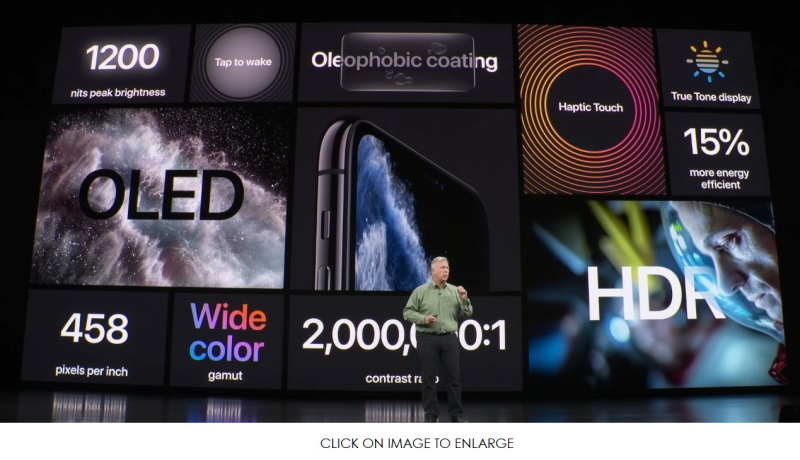 During Apple's iPhone 11 event Phil Schiller, Apple's SVP Worldwide Marketing, took to the stage and went through the depths of why Apple's new iPhone 11 Pro display is the best in the industry. The video below starts at that exact moment Phil begins his description of the new display. You could stop the video at any time you want thereafter.

Apple places emphasis on the iPhone's camera and display each and every year. At one point in time Apple may shift to Quantum Dot OLED to take Apple's displays to yet another dimension.  and in a new patent application published this morning, we're able to see that Apple is once again pushing their Quantum Dot – OLED technology further.

The timing is interesting considering that Samsung just announced that they'll be investing US$11 Billion shifting from Quantum Dot-LCD to Quantum Dot-OLED with mass production aimed for 2022. Apple's vision for future displays seems to be on track with the best minds in the industry.

In Apple's patent background they note that state of the art displays for phones, tablets, computers and televisions utilize glass substrates with thin-film transistors (TFTs) to control transmission of backlight through pixels based on liquid crystals.

More recently emissive displays such as those based on organic light emitting diodes (OLED) have been introduced because they can have a faster response time, and be more power efficient, allowing each pixel to be turned off completely when displaying black or dark colors. Even more recently, quantum dot light emitting diodes (QD-LEDs) have been introduced as an alternative display technology, potentially being more power efficient than OLEDs.

Quantum dots are semiconductor materials where the size of the structure is small enough (e.g. less than tens of nanometers) that the electrical and optical characteristics differ from the bulk properties due to quantum confinement effects.

Apple's patent FIG. 1 below is a schematic side view illustration of an inverted pixel stack-up. 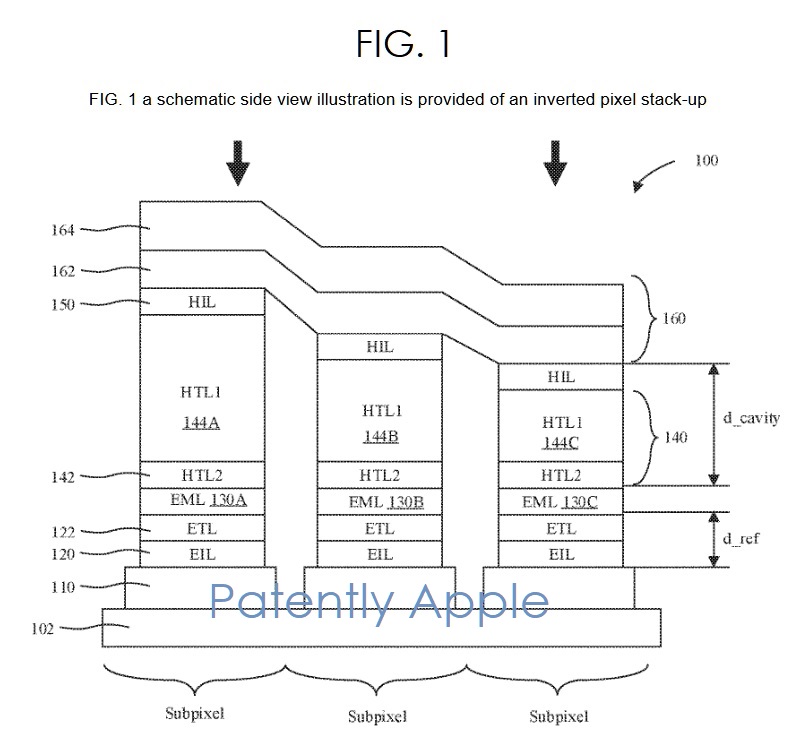 Apple's patent application describes matters that will go over the head of most consumers with industry specific terminology and measurements that will only make sense to display engineers. Engineers and pro geeks wanting to dive into this patent for more details could do so here. Apple's 20 patent claims is a great place to start as it provides bullet-like points of what's important in this invention.

Apple's patent application 20190296264 that was published today by the U.S. Patent Office was filed back in Q4 2018. Considering that this is a patent application, the timing of such a product to market is unknown at this time.