Samsung's Galaxy Fold Smartphone Arrived in the U.S. just as their Patent for Test-Folding Machinery was Published 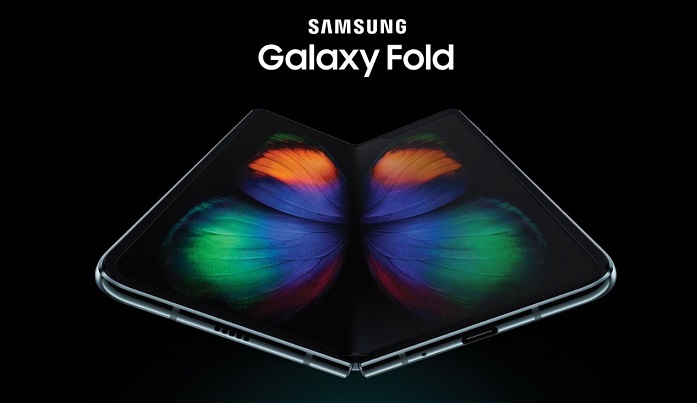 Samsung was originally set to launch the Galaxy Fold back in April but never got past the critics who justifyingly tore it apart, proving that the Galaxy Fold wasn't ready for prime time. Our April 17th report covering this was titled "Samsung was hoping for a few days of Great Reviews for their Galaxy Fold when suddenly it all blew up in their Face." The report captured the major flaws that were discovered by major tech reviewers. 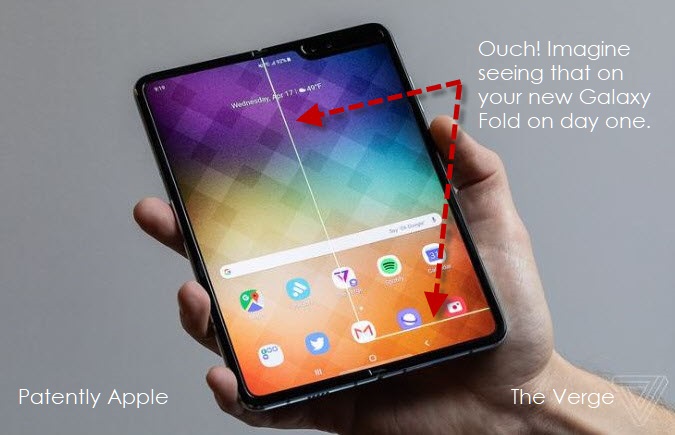 While the Galaxy Fold is now in the U.S. market, customers of the expensive smartphone will be met with a series of negative warnings during thier unboxing experience.  Samsung materials immediately begin warning customers of potential risks with their folding phone as shown in the first two photos below from The Verge.

The Verge notes in their report that "customers will be greeted with a black sheet of paper describing the Galaxy Fold Premier Service. It doesn’t offer any special warranties beyond a standard Samsung one-year service, unfortunately, except for the option to replace the screen once for $149. That only applies to people who purchase a Fold before December 31st, 2019. What happens after that is anyone’s guess." 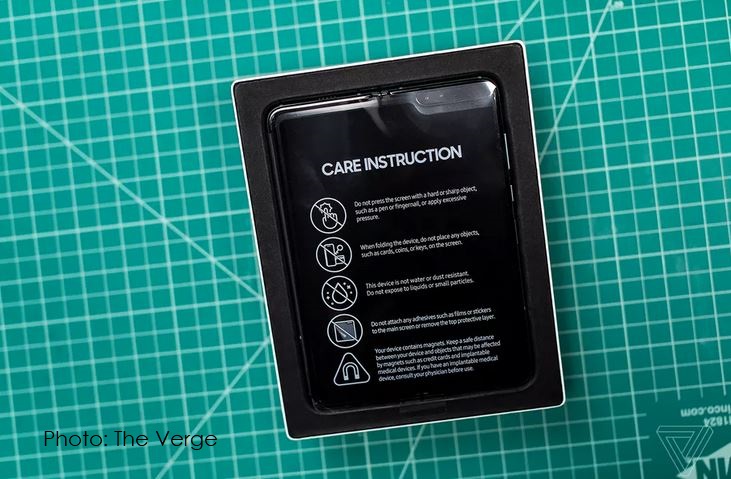 Below is another screenshot from a video review that we present you with at the end of this report. It's another set of warning to users "before getting started" which is directly presented on the Galaxy Fold itself. It warns them about the protective top layer; about having to tap lightly on the display when in use; that the Galaxy Fold isn't water or dust resistant and more.

The Verge report further states: "After the setup concierge has walked you through those two pieces of paper, you’re finally going to get a chance to use the Fold itself, but it is wrapped in a piece of plastic that is also just riddled with warnings. So much so that it begins to seem more like a pharmaceutical ad that has to disclose dozens of side effects. Here’s some of what Samsung warns you about (emphasis mine below):

You could read more of the report from The Verge here.

Obviously Samsung isn't confident in the integrity of the Galaxy Fold. Customers shelling out US$1,980 for a smartphone shouldn't be greeted with warning materials like those that Samsung provides in the box before you ever get to see the phone.

A Samsung Patent for a Folding Test Device Published this Week

Coincidentally, the U.S. Patent Office published Samsung's patent application 20190293535 on Thursday  titled "Folding Test Device." Interestingly, the patent was only filed a few weeks before the Galaxy Fold was in the hand of major tech site writers back in April.

The patent likely covers Samsung's first testing equipment that they were so proud to show off in a video posted back in late March. It just goes to show you that while a machine tested the folding of the Galaxy Fold, the process proved to be a complete failure without human inspections.

Samsung's patent FIG. 4 below is a view illustrating an exemplary embodiment of a process of performing an in-folding test using the folding test device. 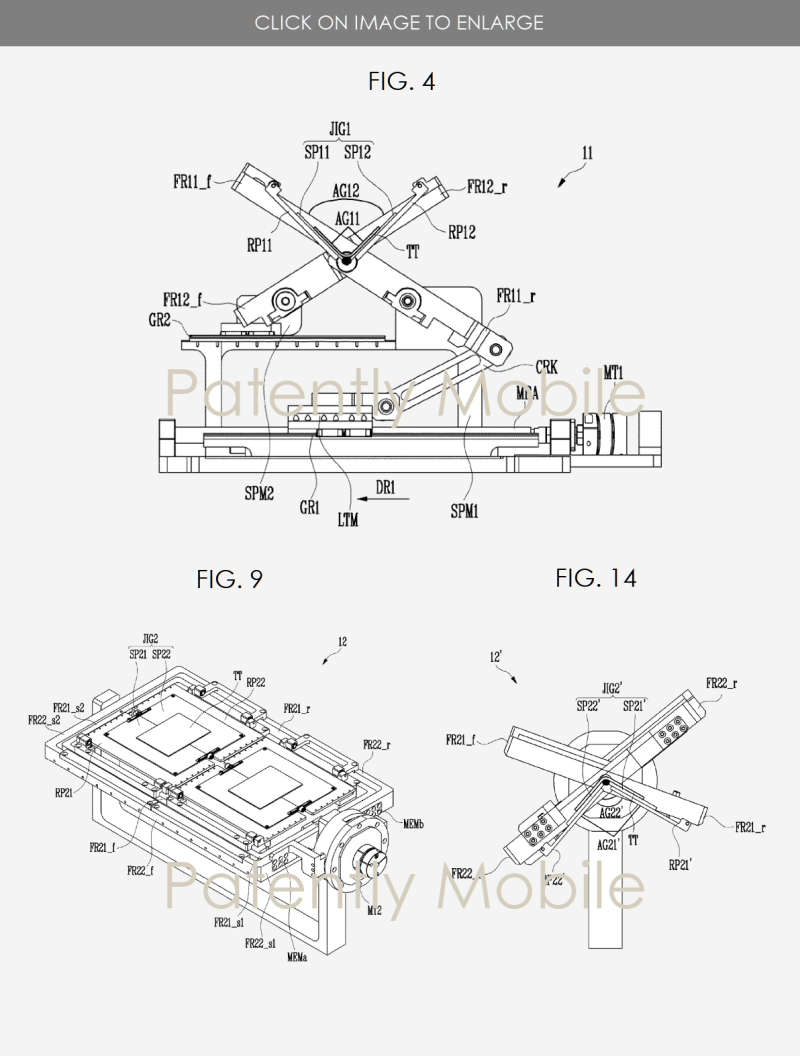