Samsung Announces Next-Gen Exynos Processor & Galaxy Fold's 5G Launch on Friday in Korea and later this month in the U.S. 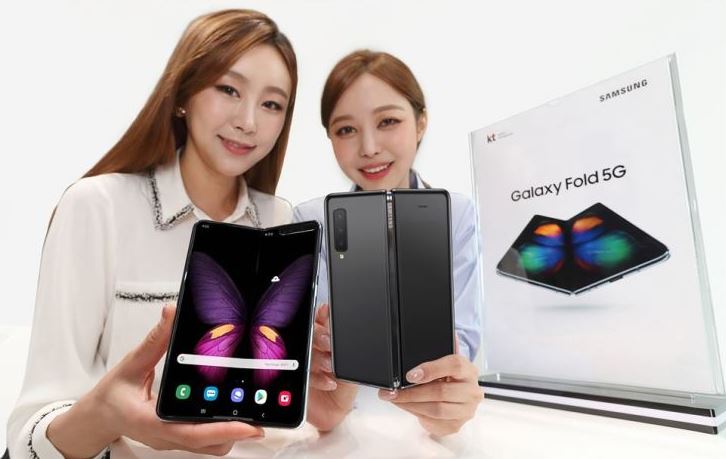 Last month Patently Apple posted a report titled "Samsung to Officially Launch the Delayed Galaxy Fold on September 6th as Germany's IFA Trade Show begins." On cue Samsung's Galaxy Fold will launch on Friday in Korea and later this month in the U.S. in Cosmos Black and Space Silver.

Beyond the U.S. shipping date, you could read Samsung's full press release here that covers complete specifications and more. 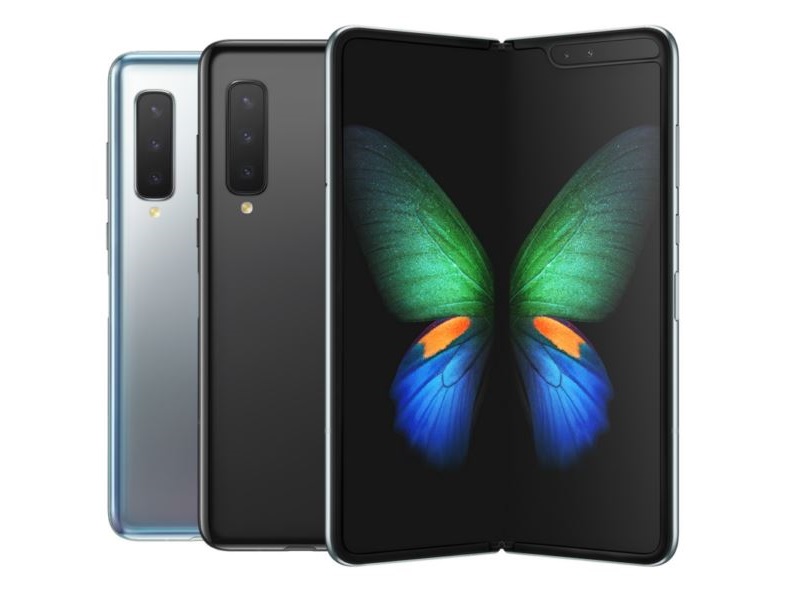 Based on advanced 8-nanometer (nm) FinFET process technology, the Exynos 980 is Samsung’s first artificial intelligence (AI) mobile processor with an integrated 5G modem. Rather than being coupled with a separate 5G modem, the 5G-enabled Exynos 980 not only helps reduce power consumption but also increase the space efficiency within a device. The new mobile processor’s powerful modem supports 5G to 2G networks, providing a fast gigabit downlink speed in 4G LTE and up to 2.55-gigabits per seconds (Gbps) in sub-6-gigahertz (GHz) 5G. The modem also supports E-UTRA-NR Dual Connectivity (EN-DC), which combines 2CC LTE and 5G connectivity to maximize mobile downlink speed of up to 3.55Gbps. In addition, the processor supports a new Wi-Fi 6 standard, IEEE 802.11ax, that provides faster speed and greater stability for seamless online gaming and smooth high-resolution video streaming over Wi-Fi networks.

With powerful CPU and GPU on board, the Exynos 980 can run multiple apps, intricate UX designs and high-resolution graphic games effortlessly. Packing two of the latest high-performance Cortex-A77 CPU cores and six efficient Cortex-A55 cores, the Exynos 980 can deliver the fast and complex computing power required in the 5G era. For realistic gaming and immersive mixed-reality experiences, the processor also comes with the top-of-the-line Mali-G76 GPU.

The neural processing unit (NPU) features elevated performances of up to 2.7 times compared to its predecessor and is built into the Exynos 980 to provide new levels of on-device intelligence. With the NPU readily available on-chip, AI tasks are processed right from the device rather than off-loaded to a server, thereby providing better data privacy and security. The NPU adds enhancements to applications such as secure user authentication, content filtering, mixed reality, intelligent camera, and more.

For advanced photography, the Exynos 980 delivers compelling camera performances with resolution support for up to 108-megapixels (Mp). The advanced image signal processor (ISP) supports up to five individual sensors and is able to process three concurrently for richer multi-camera experiences. Along with the NPU, the AI-powered camera is able to detect and understand scenes or objects, according to which the camera will then make optimal adjustments to its settings.

The Exynos 980 is expected to begin mass production by the end of this year.

The introduction of the new product comes amid Samsung's ongoing efforts to strengthen its competitiveness in the non-memory chip sector and reduce its reliance on the memory chip business.

Samsung earlier announced a plan to take the top ranking in the global non-memory chip market. It is essential for Samsung to destroy the stronghold that Qualcomm has on the AP market if it wants to become a leader in the non-memory sector.

Samsung's next-gen processor with AI and 5G is likely to debut on their Galaxy S11 smartphone launching in early 2020.