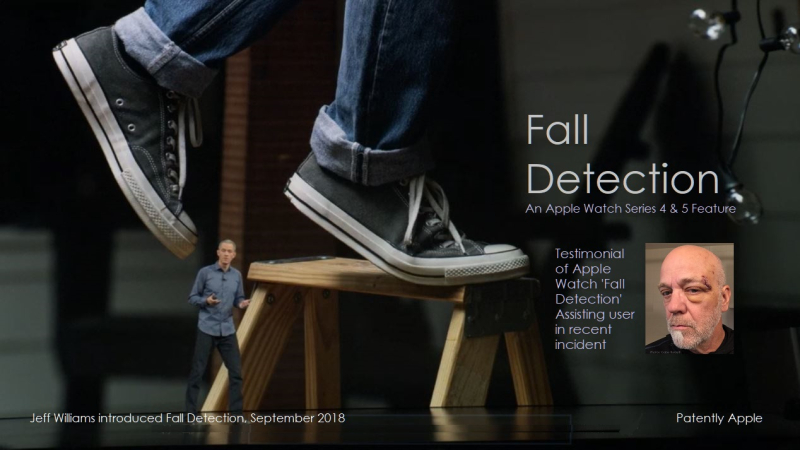 Falls happen when least expected at any age and Apple was smart enough to create and introduce a new feature last year called "Fall Detection" for Apple Watch Series 4.  You could review Jeff Williams, Apple's COO introduced this feature at the 18:08 minute mark of their September 2018 Keynote Event. The video below begins at that moment.

Apple filed for the patent for this just one day before introducing the feature so that no one know it was coming until that very last moment. 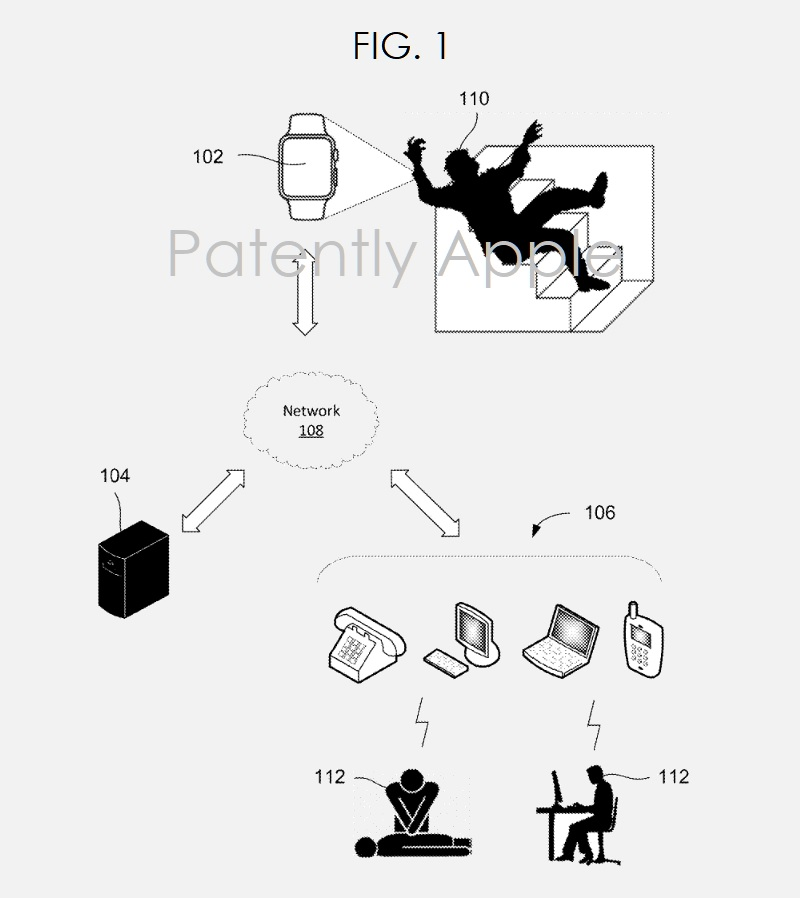 Apple Watch Series 4 & 5 users are able to turn on the new fall detection as presented in their settings as presented below. 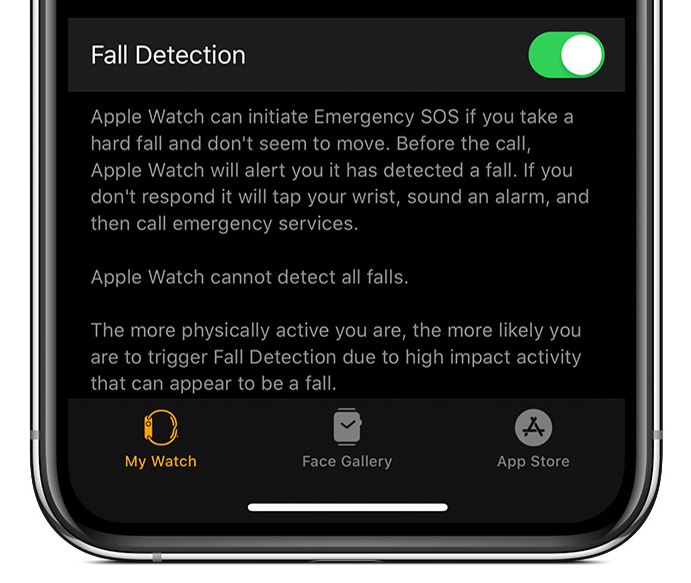 On Friday a testimonial from Gabe Burdett surfaced on Facebook about a fall his dad had as presented in full below. 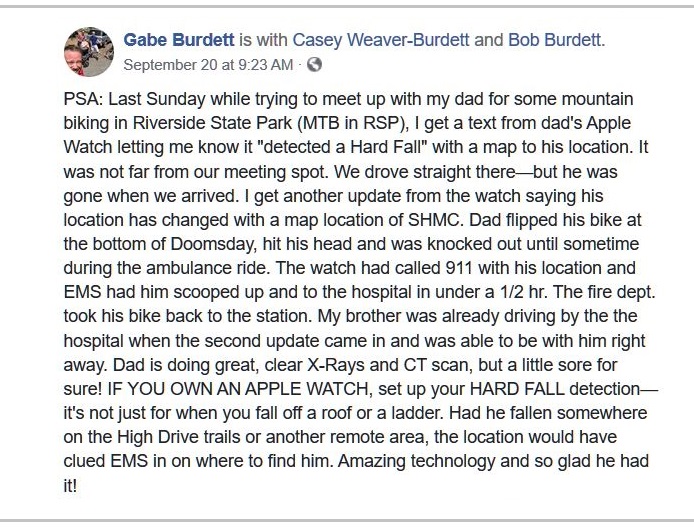 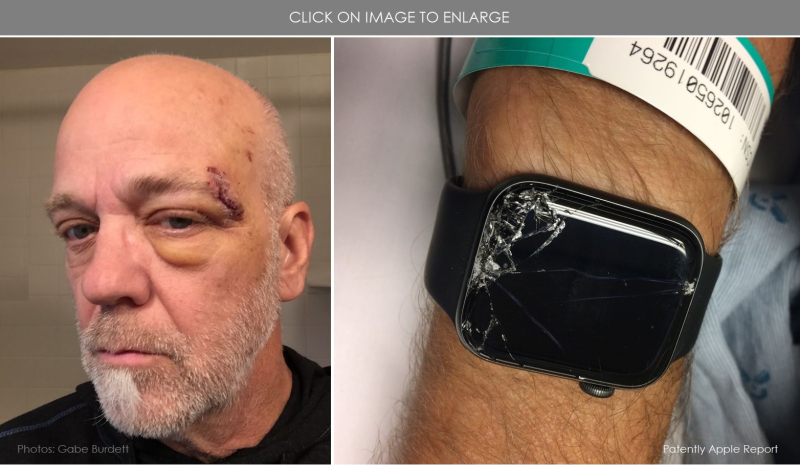 It's always great to hear a testimonial like this because it'll urge those with a Series 4 or 5 Apple Watch to turn on the Fall Detection feature because you never know when it could be you falling and in desperate need for emergency services to be able to find you and notify your loved ones that you experienced a serious fall.

Thanks Gabe for sharing your story about your dad and hope he's doing better.