Today the US Patent & Trademark Office published another patent application from Apple that was inherited from SensoMotoric that relates to a Head-Mounted Display and/or smartglasses and method for gaze endpoint determination, in particular for determining a gaze endpoint of a subject on a three-dimensional object in space. One of the inventors listed on this patent is Tom Sengelaub, Engineering Manager at Apple.  Sengelaub was the Project Lead Virtual Reality Engineering Manager at SensoMotoric.

By using a 3D representation, an eye tracker and a head tracker there can be determined not only a gaze point on a 2D plane but also an object the subject is gazing at and/or the gaze endpoint in 3D.

The intersection of gaze direction with the 3D representation gives a geometrical approach for calculating the location where the gaze "hits" or intersects the 3D structure and therefore delivers the real gaze endpoint. Thereby a real gaze endpoint on a 3D object in the scene can be determined.

The invention covers a head-mounted display device or smartglasses that includes an eye tracker and a scene camera that is a stereo camera system.

Apple's patent FIG. 2 below schematically illustrates an offline gaze endpoint determination system according to an embodiment of the invention. 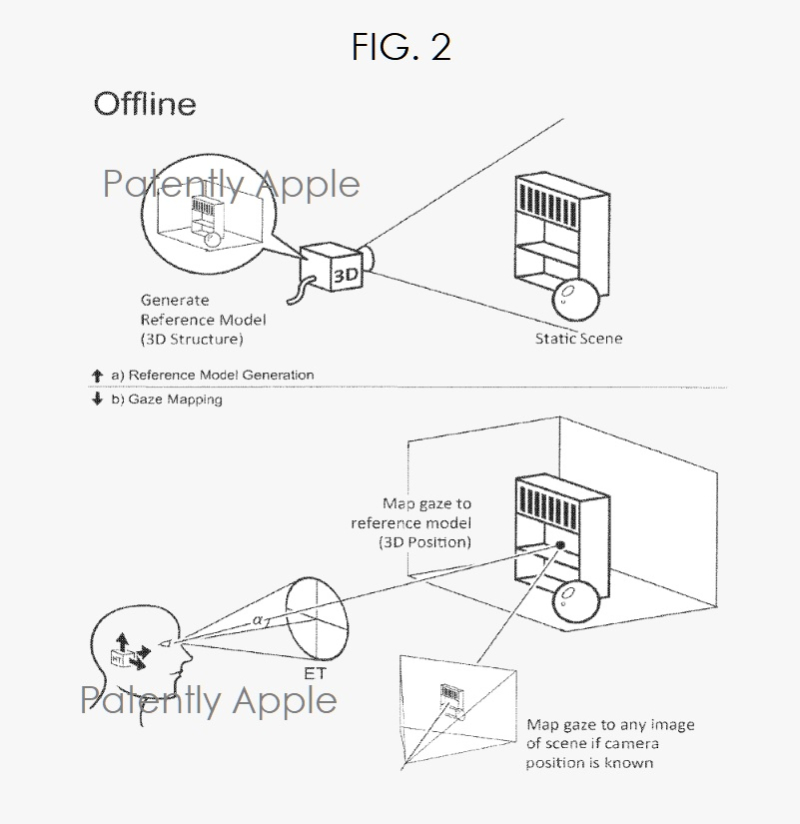 Apple's patent FIG. 3 below schematically illustrates an online gaze endpoint determination system according to an embodiment of the invention. 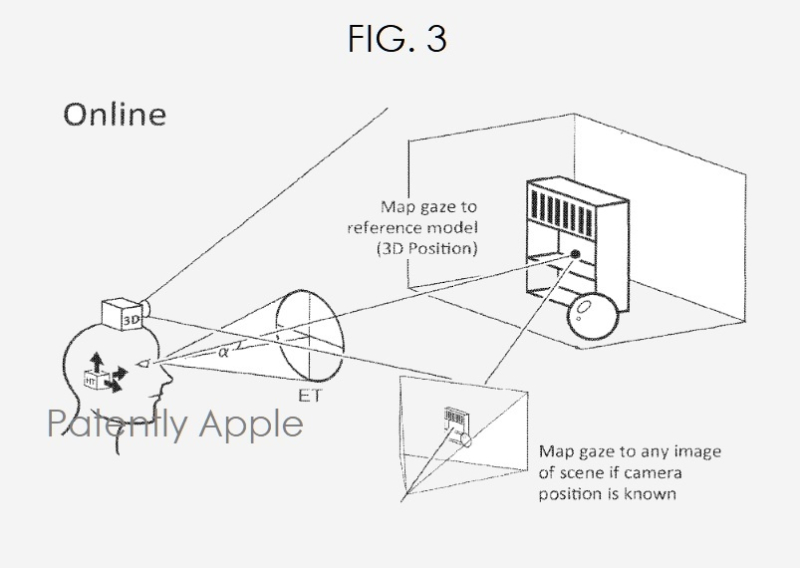 Apple's patent application that was published today by the U.S. Patent Office was re-filed by Apple with tweaks to its patent claims back in Q1 2019. The original patent was published by SensoMotoric in Europe both in 2013 and 2015. Considering that this is a patent application and one that Apple inherited, the timing of such a product to market is unknown at this time.

Apple's first granted patent from SensoMotoric was issued in July 2019 and you can review our report on it here.

About Making Comments on our Site: Patently Apple reserves the right to post, dismiss or edit any comments. Apple IP 20190272650