These days, it seems we spend our free time on our computers consuming media. Even when we’re out, we frequently use our digital devices. In fact, the average American spends about nine hours and 39 minutes a day in front of a screen.

Because screens have virtually become the core of our daily lives, the VerizonSpecials.com team decided to find out which states spent the most and least amount of free time on computers. 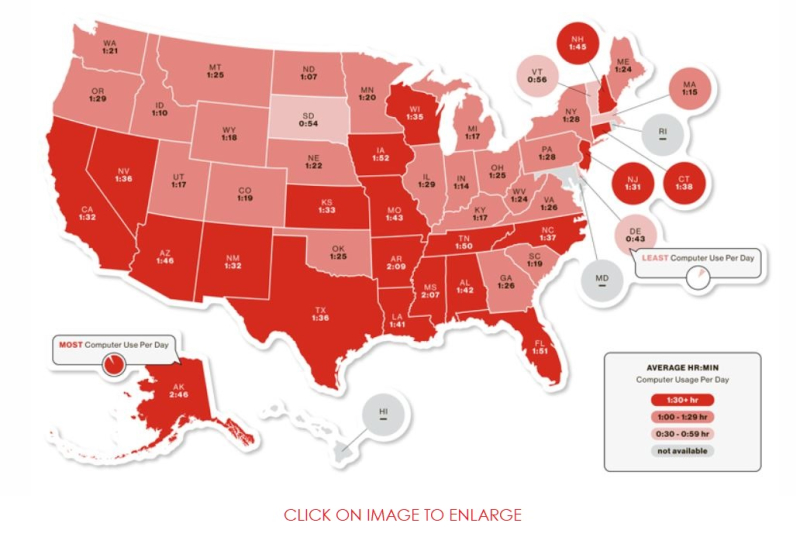 Verizon's team looked at data from the American Time Use Survey (ATUS) to determine the average hours of leisure time spent on computers for 48 states. The data covered the years 2013 to 2017.

ATUS recorded time spent downloading files, using social media, browsing the web, and other leisure-related activities. Some activities were excluded, such as games, computer use for work, and other household actions such as online banking or shopping.

Americans spent an average of 90 minutes of leisure time on the computer every day. If they worked at the national minimum wage for the same amount of time, they would have earned $3,969.38 a year.

In 11 states, men averaged more time on the computer, and in 31 states women spent more time. Residents of Alaska averaged two hours and 46 minutes a day on the computer.  That’s almost 1,010 hours a year, or 42 days—enough time to fly to the moon and back seven times.

Delaware residents spent the least amount of time on their computers, with an average of 43 minutes a day. In a year that’s 261 hours or just under 11 days, almost long enough to watch all of Game of Thrones four times.

Folks in Alaska, Arkansas, and Mississippi spent the most time on their computers for leisure. The top 10 fastest marathon times ever recorded are shorter than the time residents of these three states spent on their computer daily. 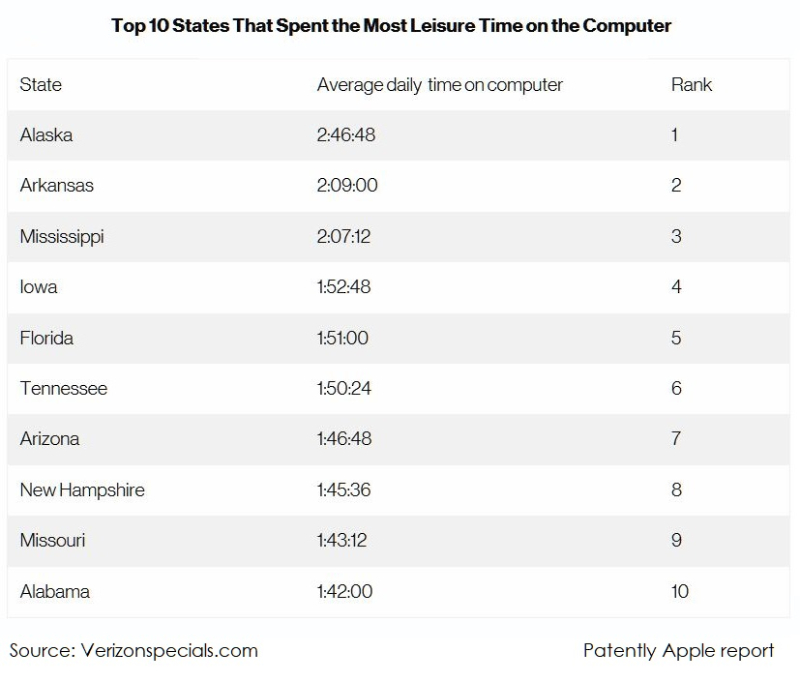 In addition to internet time, if you're interested in knowing which States watch the most TV, check out the Verizon study here.

Last June Apple introduced their new "Screen Time" app. Apple noted at the time that "Apps help us do so many extraordinary things that we can sometimes lose track of how much we use them. Screen Time is a new feature that helps give you a better understanding of the time you and your kids spend using apps, visiting websites, and on your devices overall. So you can make the most of how you choose to spend time on your iPhone or iPad."

This past June Apple's CEO was interviewed by CBS News' Norah O'Donnell on a number of topics. One such topic was the use of Screen Time and the impact it's had on his own phone use. Cook described his own results as "pretty profound." 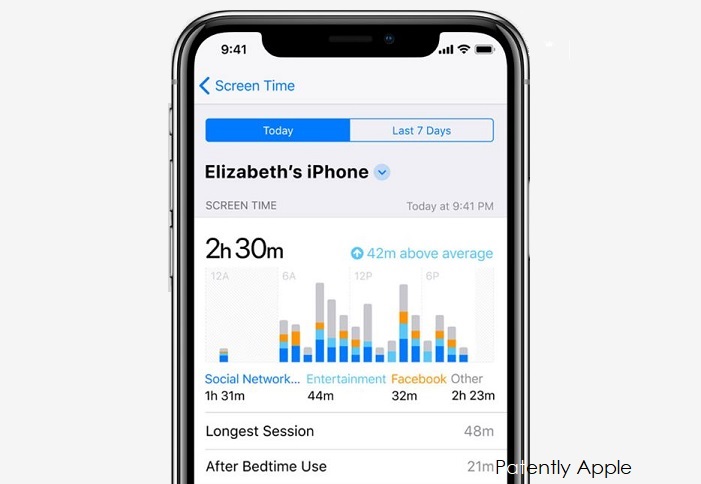 It was later revealed that Cook developed his own code for phone use: "For me, my simple rule is if I'm looking at the device more than I'm looking into someone's eyes, I'm doing the wrong thing."

There are a lot of surveys conducted made public concerning "American Time use Surveys" by the US Bureau of Labor Statistics. One the latest was published on June 19, 2019 here.