Home Archives Contact Us Subscribe Twitter Facebook Patently Mobile
A South Korean Patent illustrates a Samsung Design for a Futuristic Scrollable Media Device such as a Mobile TV
Beyond the Antitrust investigation into the App Store, the FTC is Apparently Investigating the 2019 Apple-Amazon Deal 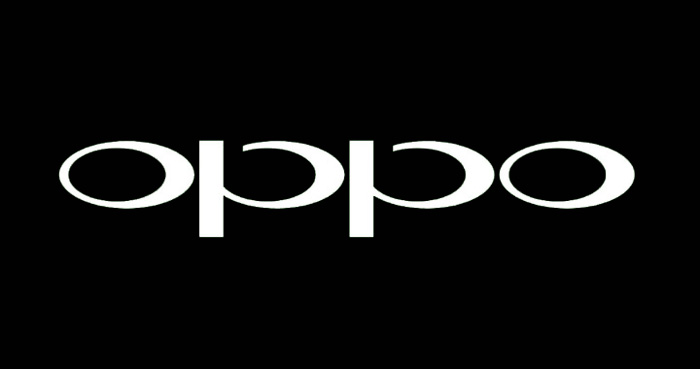 Earlier today Patently Apple posted a report titled "Apple's iPhone XR was its Best Seller in China in Q2 Accounting for 67% of Sales." The report contained a China smartphone chart for Q2 shipments wherein Apple placed fifth.  Huawei was the runaway winner capturing 36% of all shipments in China.

While Huawei is being touted by the media as being the big smartphone winner in China, it's really a mirage. In fact it's BBK Electronics that's the big winner in China because they own second spot OPPO, third sport Vivo, OnePlus and new comer Realme that was established in May 2018. Combined, BBK took 39%+ market share making them the true leader in China.

Will any of these smartphone companies owned by BBK Electronics be coming to the U.S.? Well, OnePlus already is.  Their first big launch was actually back in October 2018 with T-Mobile.

This week Patently Mobile discovered a recent Oppo patent application made in the U.S. for a possible future folding smartphone.

To stay ahead of Huawei, Oppo may be thinking of having one model on hand if the market is truly interested in such a form factor. 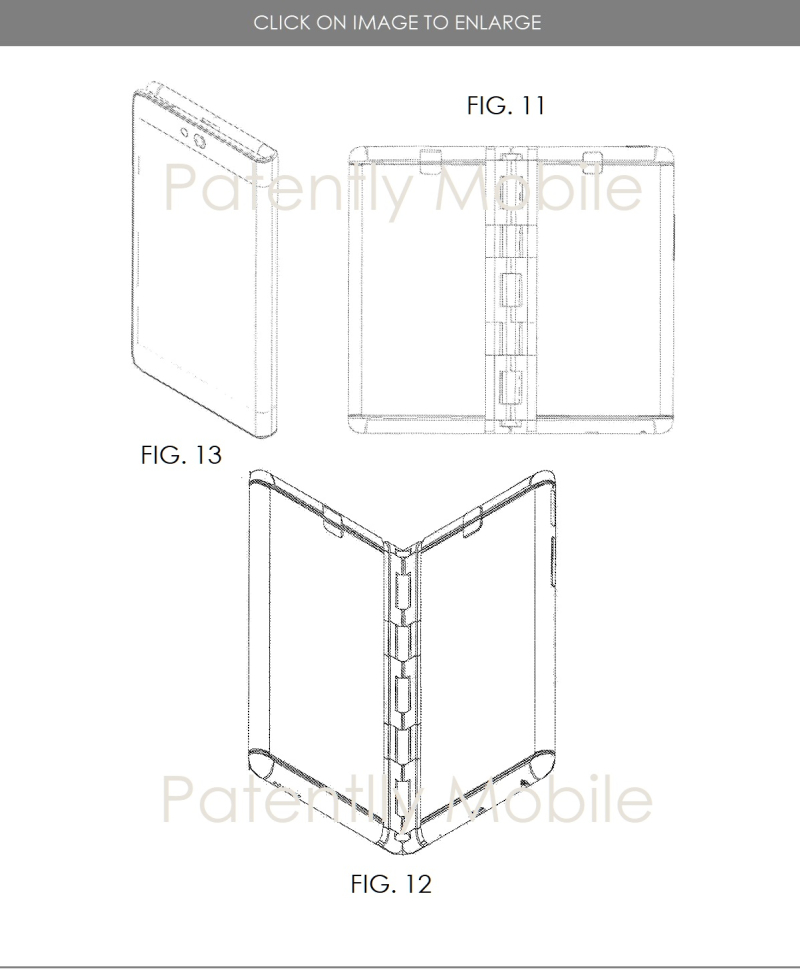 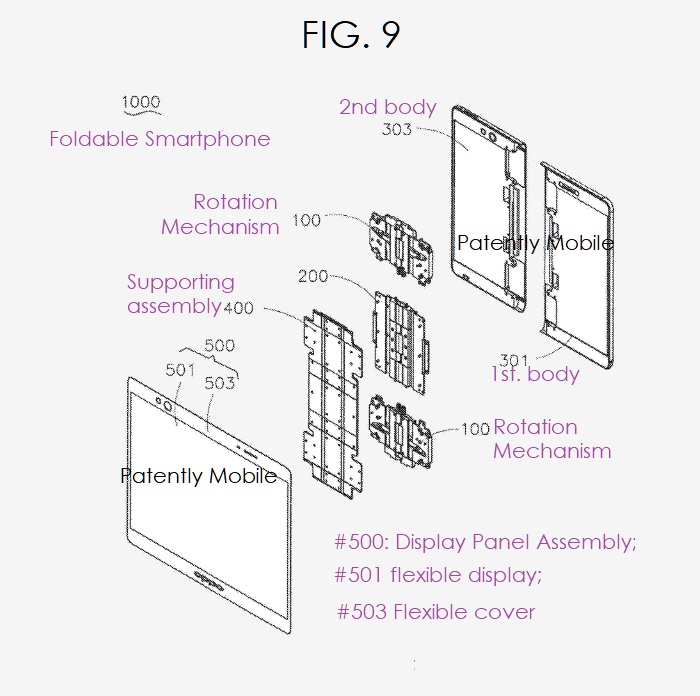 Like all major players having patents on folded smartphones, the hinge mechanism plays a vital role as it has to be able to withstand years of folding and unfolding. The majority of the patent filing is focused on the hinge supporting the folding smartphone.

Prior to Samsung scheduled launch of the Galaxy Fold back in April, the folding mechanism and display caused enough problems that it was delayed. It's tentatively set to finally launch in September or thereabouts.

While Oppo's patent application was filed in the U.S. in February 2019, work on this invention goes back to 2018 in the U.S. and 2017 in China. The history would suggest that they're likely closer to bringing this to market – should the timing be right for them in competing with Huawei's Mate X that may or may not be in limbo due to the U.S. Blacklisting problems.

Should foldable smartphones (or tablets) become a proven market winner, Apple has many patents on hand covering this device segment that would allow them to strike as needed.