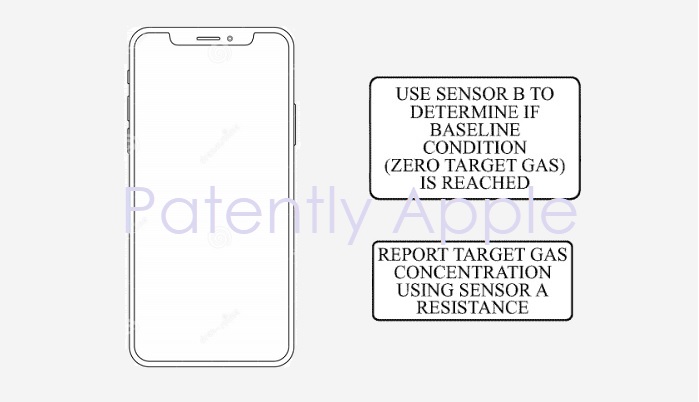 Earlier this year Patently Apple posted two patent reports (01 & 02) relating to gas sensors being considered for both iDevices and Macs that would ensure a user would be notified if gas levels in their home or other environment were at dangerous levels. Today the US Patent & Trademark Office published a patent application from Apple titled "Gas Sensor Baseline Correction using Multiple Co-Located Gas Sensors."

Apple's patent application notes that metal oxide (MOX) gas sensors are among the most promising technologies to be integrated with consumer electronic devices due to their small size, low power consumption, compatibility with semiconductor fabrication processes, and relatively simple architecture.

Chemical poisoning and deactivation of the sensor materials in metal oxide sensors, however, can cause drift in both baseline resistance and sensitivity, which can pose great challenges to the mass market adoption of miniature gas sensors.

Many MOX gas sensors consist of a porous MOX material disposed on a micro-hotplate, which is used to regulate temperature. When heated to the working temperature, the resistance of the metal oxide material changes with the gas environment and concentration. 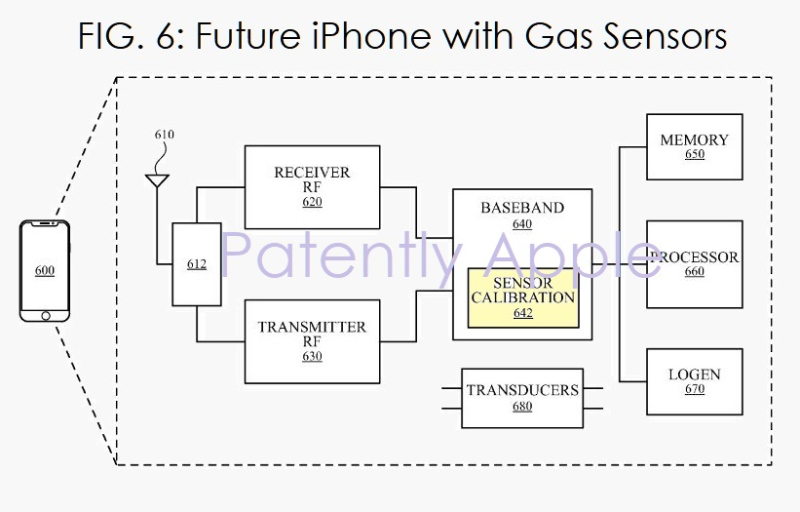 Apple's patent FIG. 6 above is a block diagram illustrating an example iPhone (wireless communication device #600) that is equipped with one or more miniature gas sensors that could be integrated in a single chip or a single system on a chip, or may be realized in a multi-chip chipset. The first gas sensor may be calibrated (e.g., by the 642 of FIG. 6) using a stable baseline 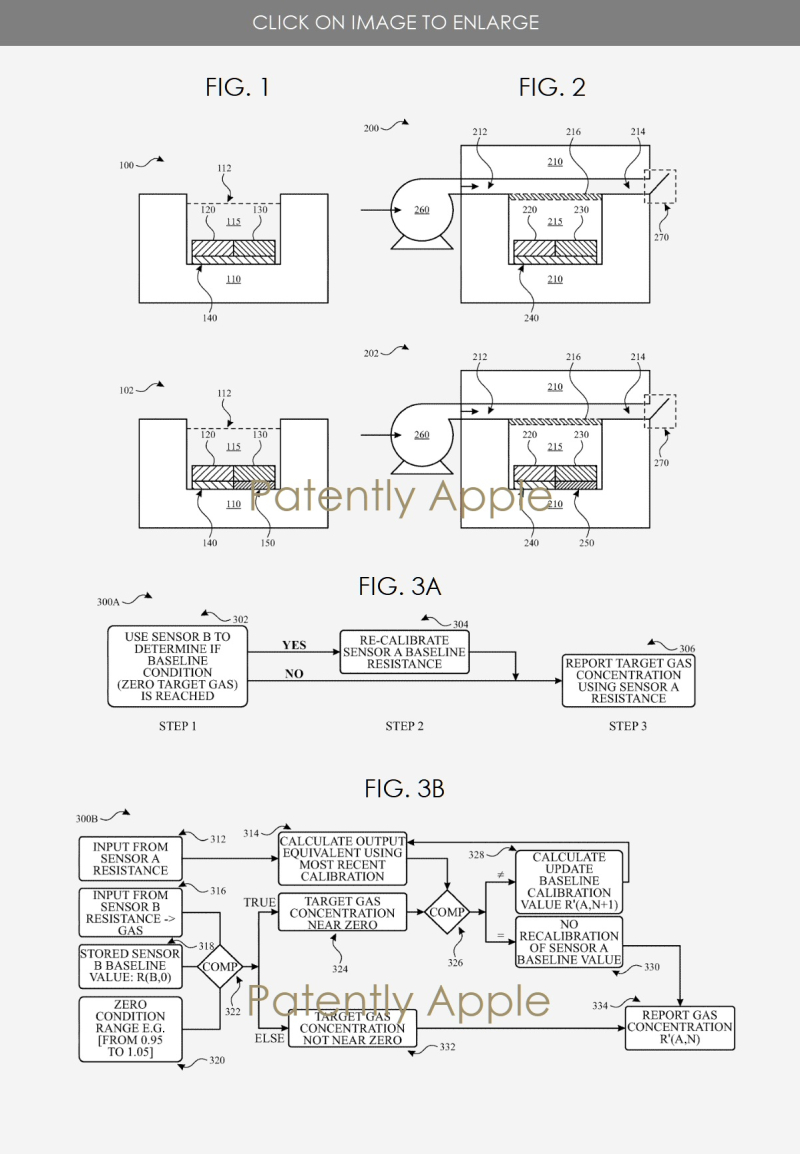 Apple's patent FIGS 3A and 3B above are flow diagrams illustrating example processes for calibrating a gas sensor using a co-located gas sensor.

Apple's patent application 20190257933 that was published today by the U.S. Patent Office was originally filed back in Q1 2018. Considering that this is a patent application, the timing of such a product to market is unknown at this time. 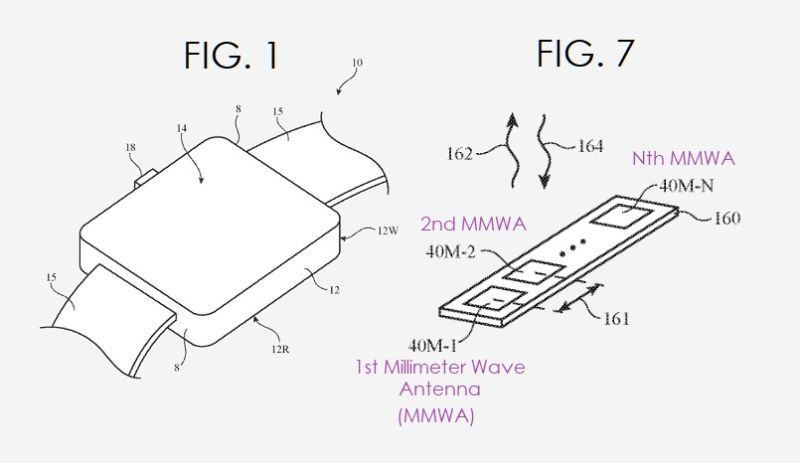 Apple's patent 20190257933 was published today by the U.S. Patent and Trademark Office. It was originally filed in February 2018. To dig into the patent a little deeper, review it in full here.