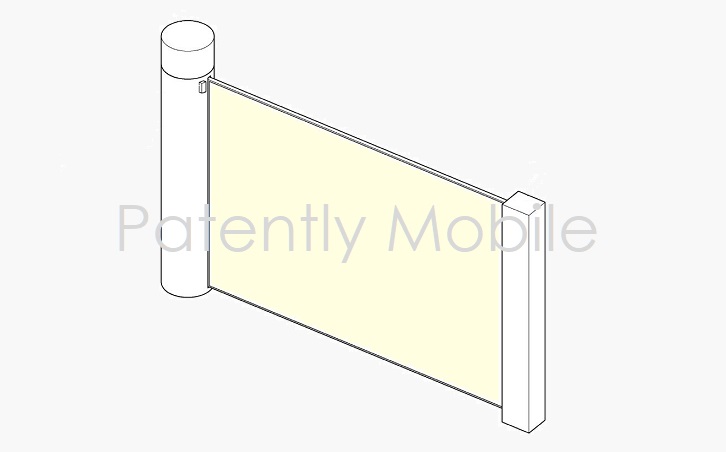 Over the years Patently Mobile has covered at least four distinct patents from Samsung that were filed in the U.S. regarding possible future devices that will have a scrollable display (01, 02, 03 and 04). Every once in a while we check out the Korean Patent Office to see if we could dig up a patent that has yet to make it to the U.S. This week we found one that was filed back in mid-2017. Our report illustrates the invention via patent figures and provides you with a Scribd document that details Samsung Display's invention.

The patent is from Samsung Electronics "Samsung Display" division and so the patent focuses more on the mechanics of a scrollable device rather than the software or marketing of such a device.

It's as if Samsung Display creates the device and then passes it up to their electronics team to fill in the blanks as to what they want the device to be (tablet smartphone or mobile TV) along with other considerations such adding touch sensitive buttons to the tubing, audio, types of wireless connectivity, mobile TV standards and so forth.

It's currently Minimalist design would seem to be right for a mobile TV. With 5G building out quickly, this will a design to keep an eye on going forward. If someone is going to create a cool mobile TV, Samsung is likely to lead the way. 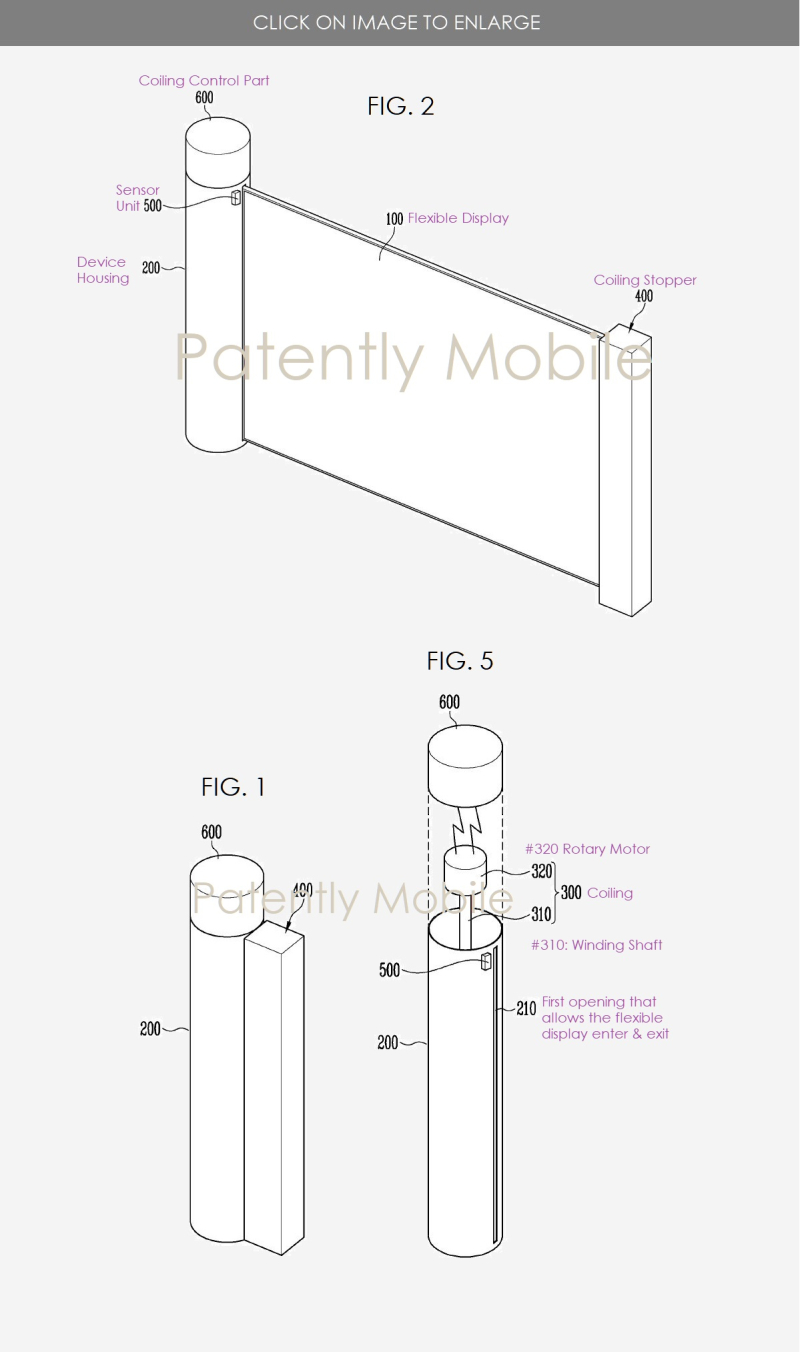 Below is a Scribd document covering the details behind Samsung Display's invention of a device with a scrollable display that was filed with the Korean Patent Office known as KIPRIS.