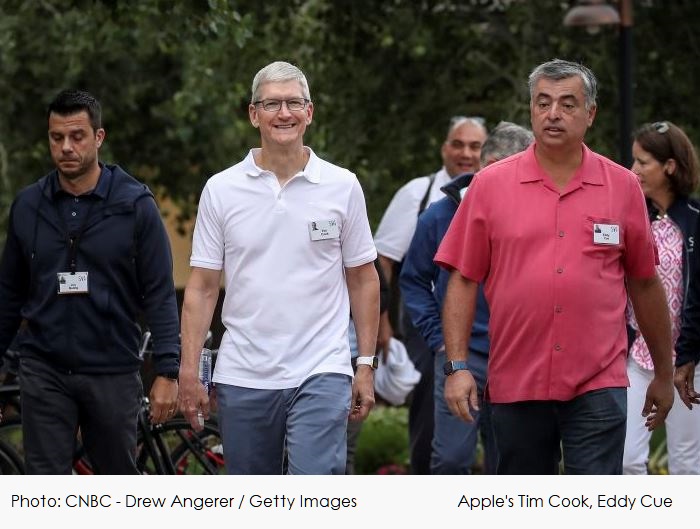 The Allen & Company Sun Valley Conference is an annual media finance conference hosted and wholly independently funded by private investment firm Allen & Company that has been dubbed "summer camp for billionaires."  The conference has taken place in Sun Valley, Idaho for one week each July since 1983. The gathering typically includes major political figures, business leaders, and figures in the philanthropic and cultural spheres.

Today, as the arrivals were in full swing, people-watching around the resort’s Alpine village setting saw Apple's Tim Cook and Eddie Cue. Variety notes in their report that "Facebook chief operating officer Sheryl Sandberg was palling around with Marne Levine, Facebook’s VP of global partnerships, business and corporate development. Later, inside the resort’s Konditorei cafe, Sandberg and Activision’s Bobby Kotick were deep in conversation. Spotify chief Daniel Ek and Spotify CFO Barry McCarthy were doing the same, but outside on the patio.

CNBC added that the event Is where some of the biggest names in tech and media flock, and where seeds have been planted for tech and media acquisitions, including Amazon founder Jeff Bezos’s purchase of The Washington Post, Verizon’s acquisition of Yahoo and, in 1995, Disney’s merger with ABC. It’s also great marketing for investment bank boutique Allen & Co., which has advised on some of the biggest tech, media and telecom mergers, including Time Warner’s $108 billion sale to AT&T and LinkedIn’s $26 billion sale to Microsoft.

Like every year, a lot of start-ups are invited to the conference in the hopes on gaining some financing and more and CNBC reported on this angle of the conference yesterday as presented in the video report below.

Will Apple's CEO be able to strike a meaningful deal or two for their upcoming Apple TV+ service launching this fall? If they do we'll report on anything major that announced, though knowing Apple, anything accomplished is likely to be hidden from the press.

One of the early arrivers at the conference today was Shari Redstone, vice chair of CBS and Viacom who is shown below wearing her Apple Watch. 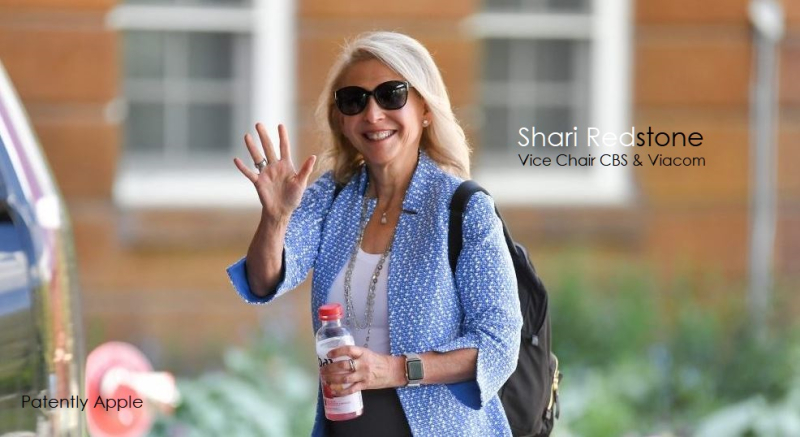