Is a Surprise announcement about Keeping the production of the Mac Pro in the U.S. in the wind? 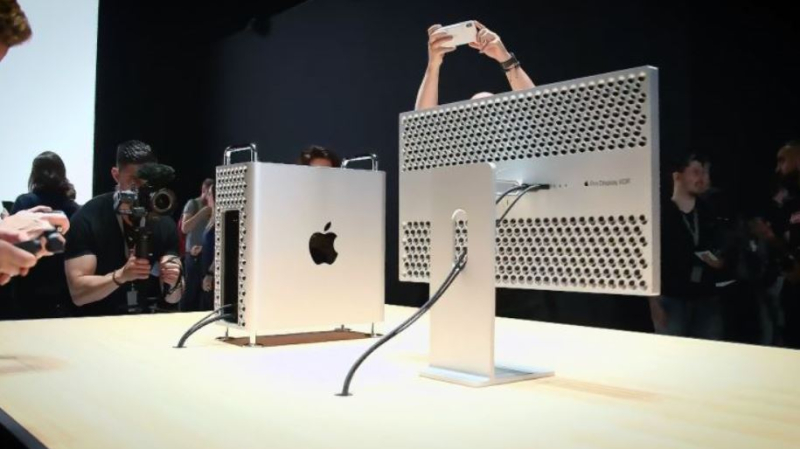 Earlier this week we reported on Apple choosing to have the new Mac Pro made outside of the U.S.. and that a U.S. Tariff wouldn't change their minds. News of Apple moving the Mac Pro production to China surfaced back in a June report by the Wall Street Journal.

Many times President Trump will overplay his hand in the media and this looked like another one in the making. Today Apple CEO Tim Cook said on Tuesday that the company wants to manufacture the Mac Pro computer in the U.S., and suggested that Apple is talking to the Trump administration about the topic.

CNBC reports tonight that "Apple CEO Tim Cook said on Tuesday that the company wants to manufacture the Mac Pro computer in the U.S., and suggested that Apple is talking to the Trump administration about the topic.

'In terms of the exclusion, we’ve been making the Mac Pro in the U.S. We want to continue doing that,' Cook said on a call with analysts. 'We’re working and investing currently in capacity to do so because we want to continue to be here. And so that’s what’s on the exclusions. And so we’re explaining that and hope for a positive outcome." That part of Cook's commentary on the Mac Pro came about around the 48 minute mark of the Q&A session of today's financial conference call.

However the commentary was couched in Cook's commentary about a global supply chain. For something like the Mac Pro that won't be a big volume item, Apple may get a deal with President Trump to keep jobs in Texas. If anything, the Wall Street Journal's report appears to now be in question.