Apple was granted patent #10,368,378 that covers using an iDevice to control Home App. Technically, Apple notes that their invention relates to a wireless communication device (such as a smartphone or a smart watch) that uses one or more measurements (such as wireless ranging or radio-based distance measurements) to remotely control an object, such as a physical device or a virtual representation (or placeholder) associated with a physical device, at a physical reference location. In particular, the wireless communication device may implement a user-interface technique in which one or more measurements are used to remotely (e.g., from a distance and, in general, without physical contact) control operation of the object.

Apple's patent FIG. 5 below illustrates an example of control of an object using gestures, action gesture #510 which may involve a left and/or right rotation that corresponds to changing a value or setting, such as the volume of an entertainment device. 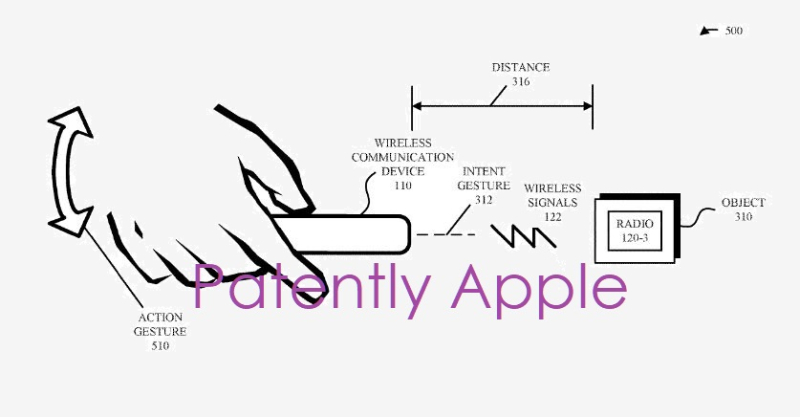 It could also control a resource in an environment 108 (such as a transportation resource, a shared computing resource, a medical resource, a display resource, a security resource, an accessibility resource or a safety resource), etc. Moreover, virtual representation may be implemented as: a sticker, a picture, a piece of ceramic, a geo-fence, one or more coordinates defining a location, etc. In some embodiments, physical devices could include: a light switch, a thermostat, etc. 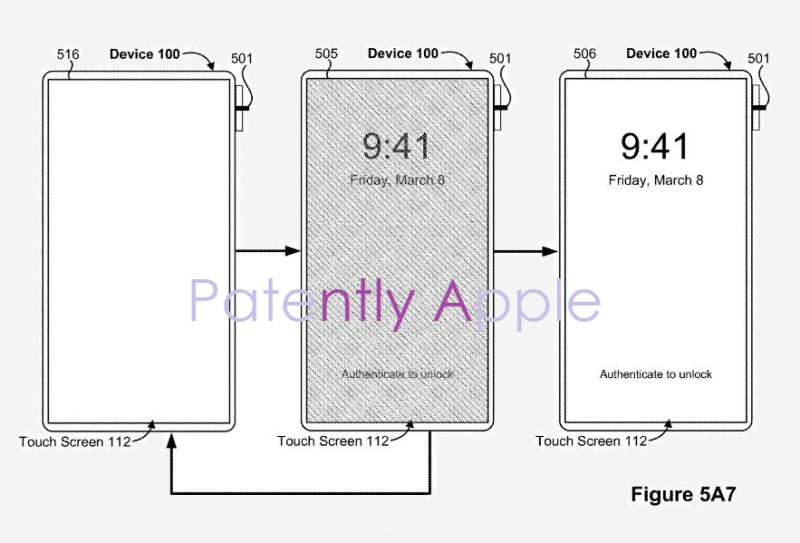 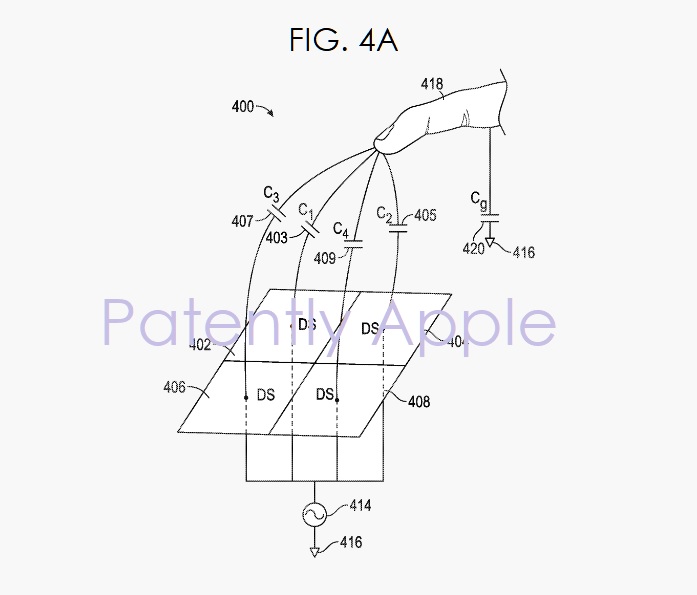 Beyond hover controls the invention focuses on touch sensor panels, and more particularly to flexible scanning operations to improve detection of a poorly grounded object at a pixelated touch sensor panel. It's a highly technical patent. For engineers wishing to dive in deeper, check out the full granted patent here.