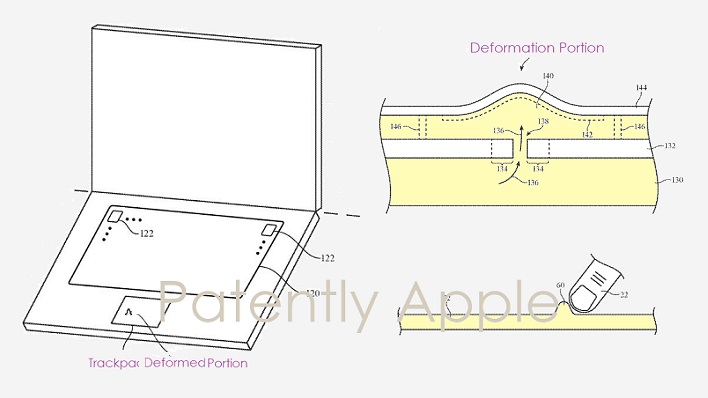 Yesterday the U.S. Patent and Trademark Office granted Apple 59 newly granted patents covering haptics by way of a deformable trackpad 3D, a 3D Glass form Factor for iPhone and a few design patents. We wrap up this week's granted patent report with our traditional listing of the remaining granted patents that were issued to Apple today.

The main patent in this report is one covering a "deformable" trackpad and/or display. 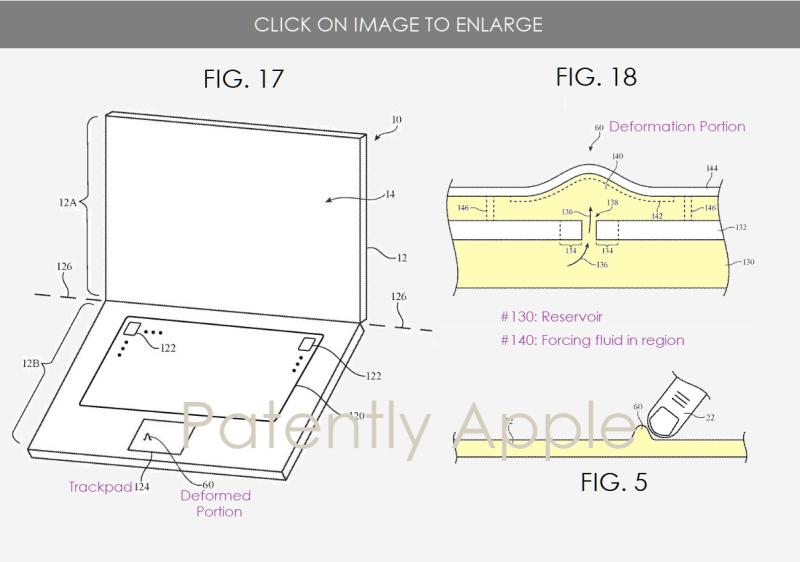 Further to patent FIG. 17 (MacBook), fluids may be used to control deployment of deformed portion #60 in tactile output device (e.g., a tactile output device mounted in alignment with a display, track pad #124, or other structures in devices. The fluid may be a gas (e.g., air, nitrogen, etc.) or may be a liquid such as a charged liquid or may be a ferrofluid (e.g., a ferromagnetic material formed from suspended ferromagnetic particles in a liquid carrier).

The patent described above was granted to Apple yesterday under number 10,345,905 titled "Electronic devices with deformable displays," which was originally filed in Q3 2019. 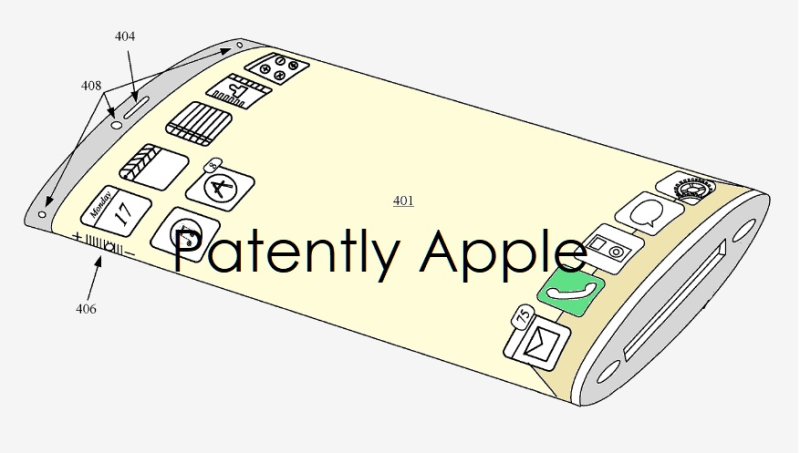 Apple was granted a series of three patents yesterday covering the same topic of a 3D glass form factor with a wraparound Display for an iPhone. You could review the three patents below:

02: Electronic device with wrap around display, and

Apple first experimented with this design form factor years ago with their 2008 iPod as presented below. 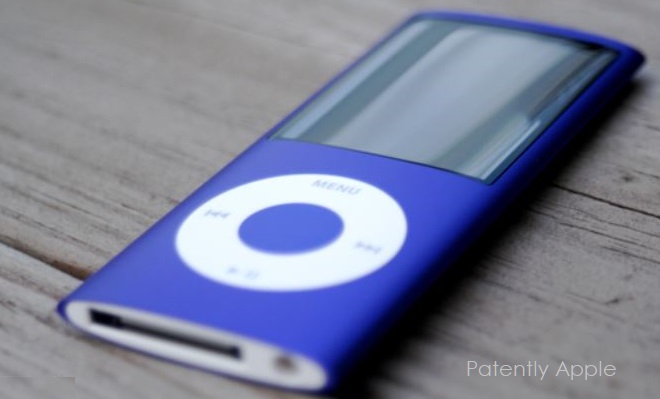 As our patent figure shows above, Apple was thinking of taking on a similar form factor for a future iPhone at one point in time. In fact all three of Apple's granted patents were filed between 2015 and 2017 – well after the iPod design was dropped by Apple.

While this form factor seems to be outdated at this point in time, perhaps Apple is still considering this form factor for some kind of entry iPhone for emerging markets or aimed at tweens to keep costs down for families.  Only time will tell.

Apple's key granted design patents issued today cover the frame of the iPhone XS and the backplate of the Apple Watch 2 design. 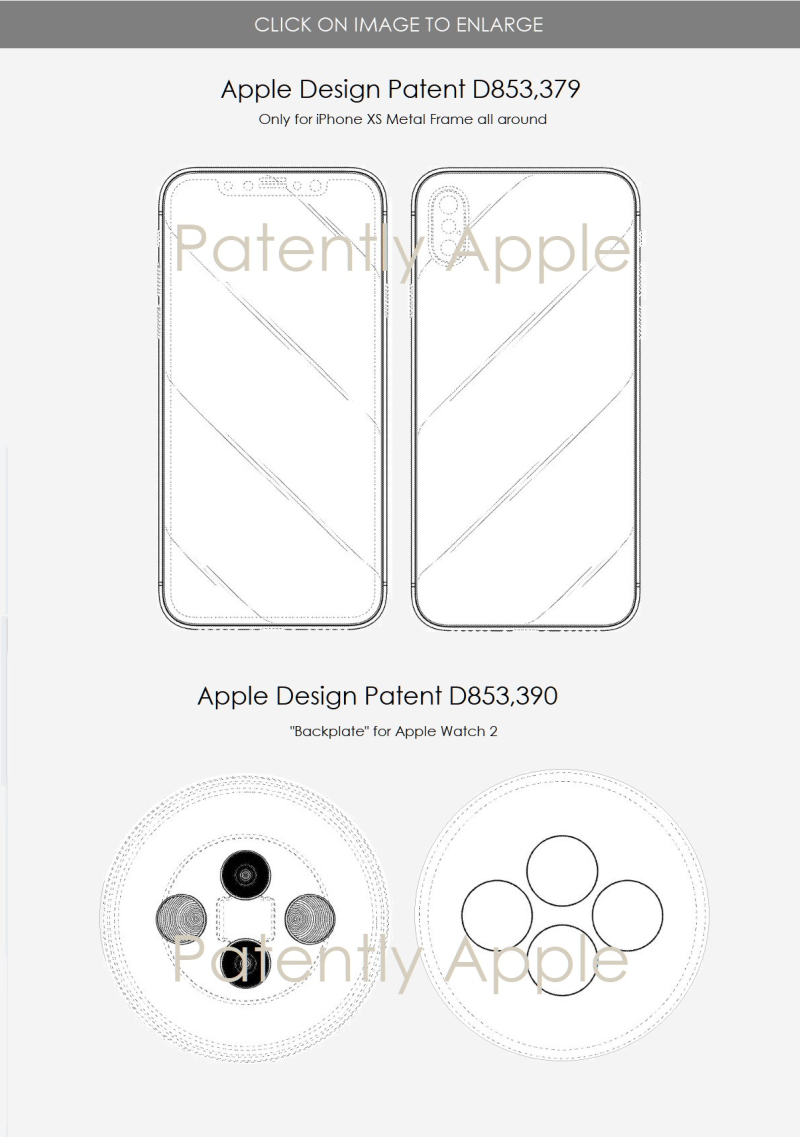 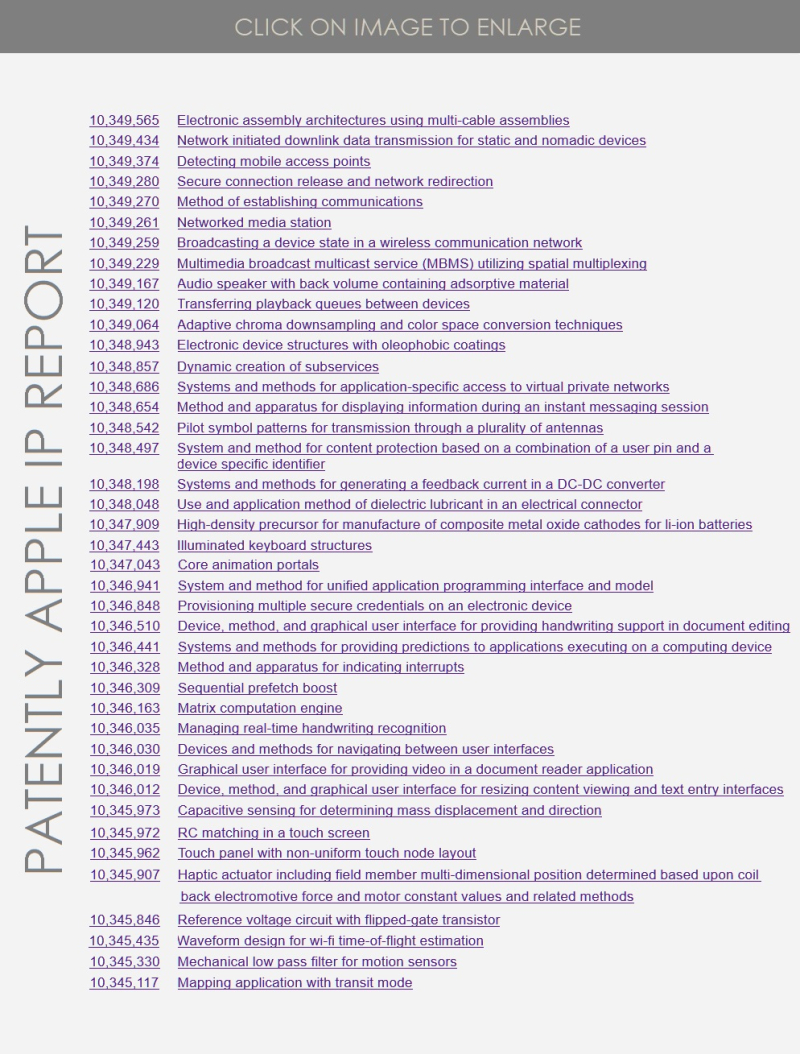