Home Archives Contact Us Subscribe Twitter Facebook Patently Mobile
Apple Reports Revenue up 1% with CEO Cook Promising new Exciting Products and Services in the Second Half of the Year
Apple has Officially Joined the Data Transfer Project along with Google, Microsoft and others 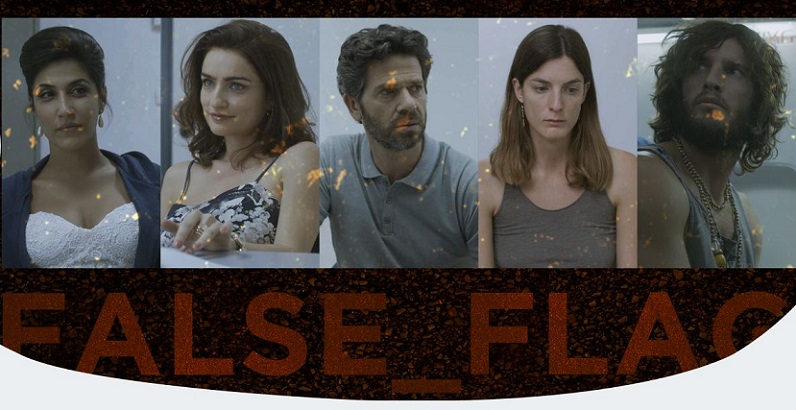 The first season of the drama, which first aired on Israel’s Channel 2 in 2015, tells the story of five people, who wake up one morning to find themselves implicated in a ruthless kidnapping operation following the disappearance of the Iranian Defense Minister. As news bulletins repeatedly broadcast their names and photos, their attempts at denial are all in vain – the coverage sweeps them up in a maelstrom of publicity. At first, everyone is convinced that Mossad was behind the operation – but then the five civilians are stunned to discover that the government, which is supposed to protect them, as well as Mossad itself, denies all involvement and accuses them as suspects. Instead of helping them, the authorities persecute, investigate and point fingers, and even their loved ones begin to doubt their innocence.

The original series, which won the Grand Prize at Series Mania and launched at Berlinale and was produced by Tender Productions, aired via Hulu in the U.S. and on Fox International Channels across its global portfolio of networks. A Russian adaptation of the series is in production with NTV and is expected to air soon.

A second season of the anthology series, created by Feldman and Leora Kamenetzky and produced by Masha TV, also premiered at Berlinale earlier this year. It tells the story of three people who are drawn into a similar situation after an explosion during an inauguration ceremony for the first oil pipeline connecting Israel to Turkey.

The project is apparently now in Apple's hands, according to this Deadline report. The remake in English will be greatly appreciated. Below is a trailer of the Israeli show with English subtitles.