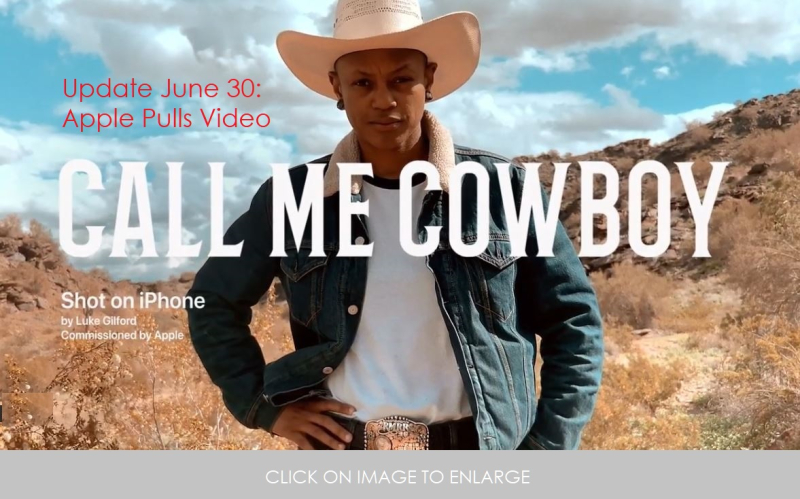 Last week GLSEN, the leading education organization working to create safe and inclusive K-12 schools for LGBTQ youth announced that they were "pleased to announce that it will honor Apple CEO Tim Cook at the 2019 GLSEN Respect Awards – Los Angeles. Cook will receive the Champion Award for his ongoing commitment to fighting for LGBTQ rights and creating safe spaces for members of the LGBTQ community."

Now Tim Cook is using Apple as a platform to promote the gay community. Apple commissioned their latest Shot on iPhone titled "Call me Cowboy."

The video is introduced this way: "The Gay Rodeo is a safe space for the LGBTQIA community to connect over their love of Western culture by just being themselves. Whether they’re in drag, riding or just fans, everyone is family."

UPDATE: Sometime after our report was posted, Apple pulled the video below without explanation. We found it missing early this morning. Whether Apple will reintroduce the video at a later date is unknown at this time.

Shot on iPhone XS and iPhone XS Max with the aid of: 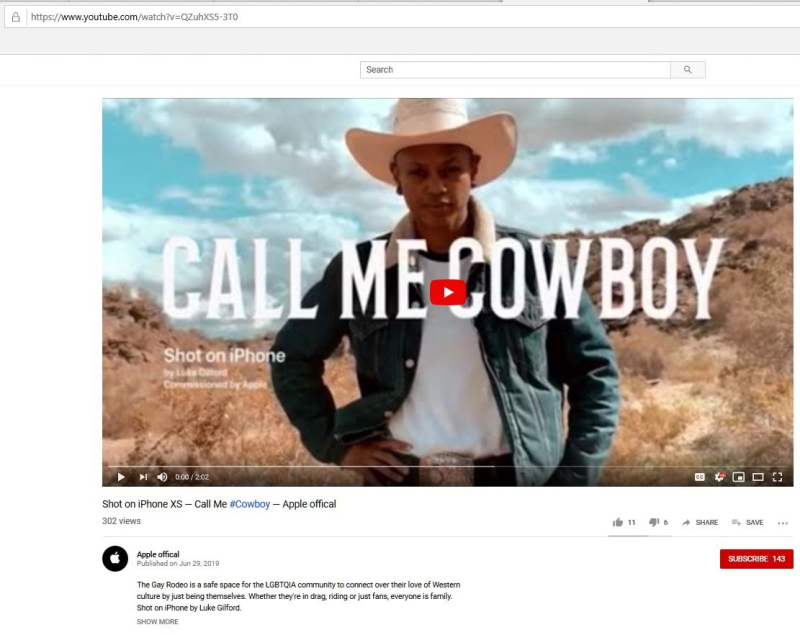