Home Archives Contact Us Subscribe Twitter Facebook Patently Mobile
Apple Sends an Indirect Message to Wall Street that iPhones can be made outside of China if the US-China Trade War Escalates
Apple Filed for iPadOS, Apple Arcade and Classroom Trademarks

The first patent that we're covering is Apple's second granted patent #10,318,029 for iDevices with sidewall displays. We covered Apple's first granted patent on this in 2016. You can review it here. Our cover graphic above is from that report.

The second granted patent that we're covering is for yet another one relating to flexible or foldable Devices. Patently Apple first covered this original invention back in 2013 in a report titled "Apple Patent Reveals Advanced iDevice Flex Display Features," that you can review here. Apple had originally filed this invention in Europe. Apple's last granted patent was received in 2017 that we covered here. Today Apple was granted one more patent for this invention under number #10,318,061.

The third granted patent that we're covering relates to patent #10,315,828 for "Active surface protection for portable electronic devices." Patently Apple covered this as a patent application back in December 2017 that you can review here. 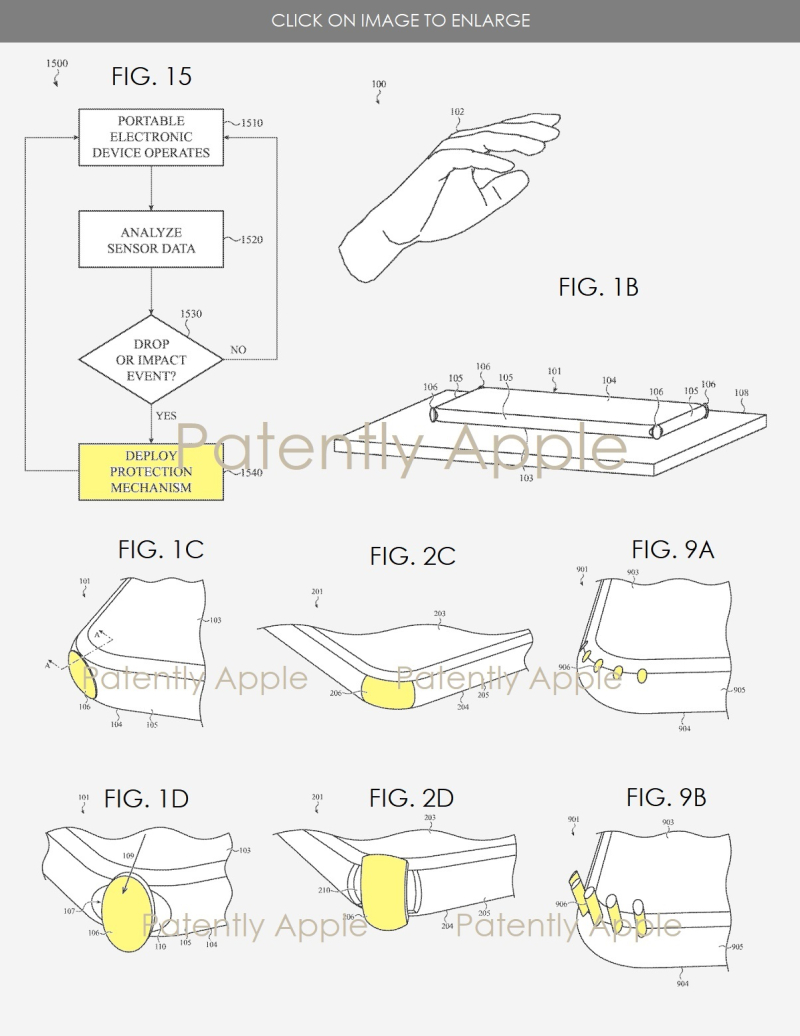 Apple's patent FIG. 1B illustrated above depicts an environment after the user drops the first example portable electronic device and the bumpers transition to a deployed position to protect the surfaces of the portable electronic device from impacting the structure. The other patent figures show various styles of protective bumpers and a flowchart.

The fourth and final granted patent featured in this report is patent #10,320,230 that relates to an inductive wireless charging dock for an iPhone. It's for charging a single iPhone and has nothing to do with Apple's failed AirPower mat as you can see in the patent figures presented below. This invention was covered in a series of original patents starting with numbers 20150270046 & 20150270058. The third patent in that series could be reviewed here. Today's newly granted patent for this invention could be found here. 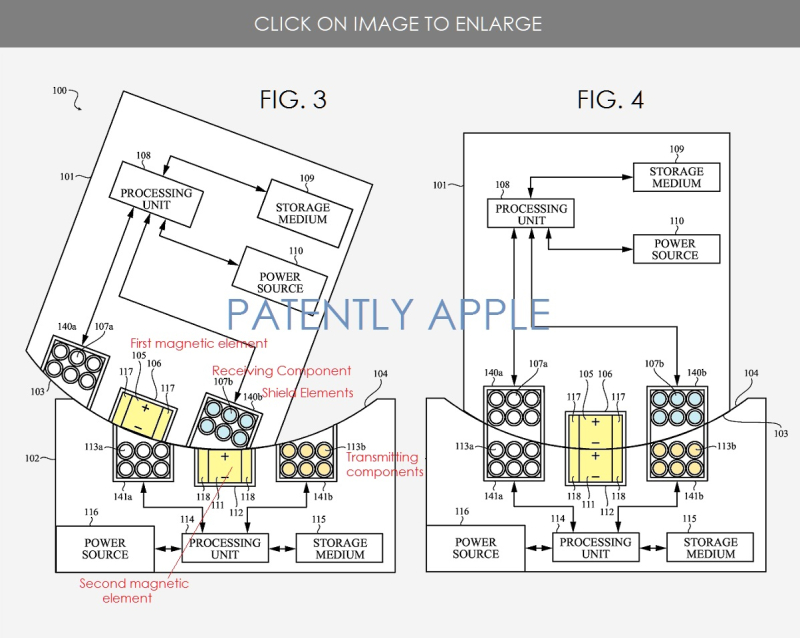 Apple's patent FIG. 3 shown above illustrates a new magnetic docking system showing the first and second connectible electronic devices (#101 being an iPhone and #102-being the dock) in one possible contact position. Apple's patent FIG. 4 shows the two magnetic elements connecting in place to begin the charging process.