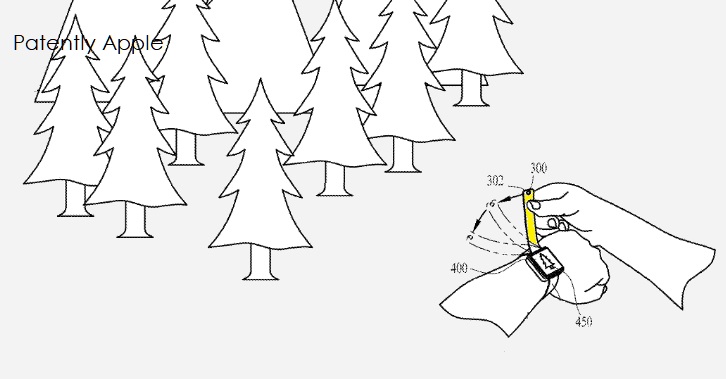 The U.S. Patent and Trademark Office officially published a series of 63 newly granted patents for Apple Inc. today. In this particular report we cover Apple's newly granted patent for a possible future Apple Watch band being able to capture images and video.

Apple notes in their granted patent that a potential barrier to smartwatch adoption is their minimal image-capturing ability. The invention covers Apple Watch with a band that incorporates a camera that is independently positionable relative to a watch body. This can allow Apple Watch to capture images and video at angles and orientations that do not depend directly on the angle and orientation of the rest of Apple Watch. Such functionality can replace or at least meaningfully augment a user's existing camera-enabled iPhone.

Such a wearable device that captures images and video may do so via an optical lens integrated into a distal end portion of a watch band that retains the device on a user's wrist. Embodiments may include a camera watch band that is capable of connecting directly to one side of the watch body (which may include a display), an optical sensor attached to or integrated within the distal end portion of the camera watch band opposite its connection to the watch body, and a data connection between the optical sensor and the watch body or other device.

The optical sensor may capture images or video when the user takes an affirmative action such as pinching the camera watch band, giving a verbal command, pressing a button on the distal end portion of the camera watch band, or pressing a button on the case (e.g., on the screen of the display, which may include a graphical input on a touchscreen of the display). 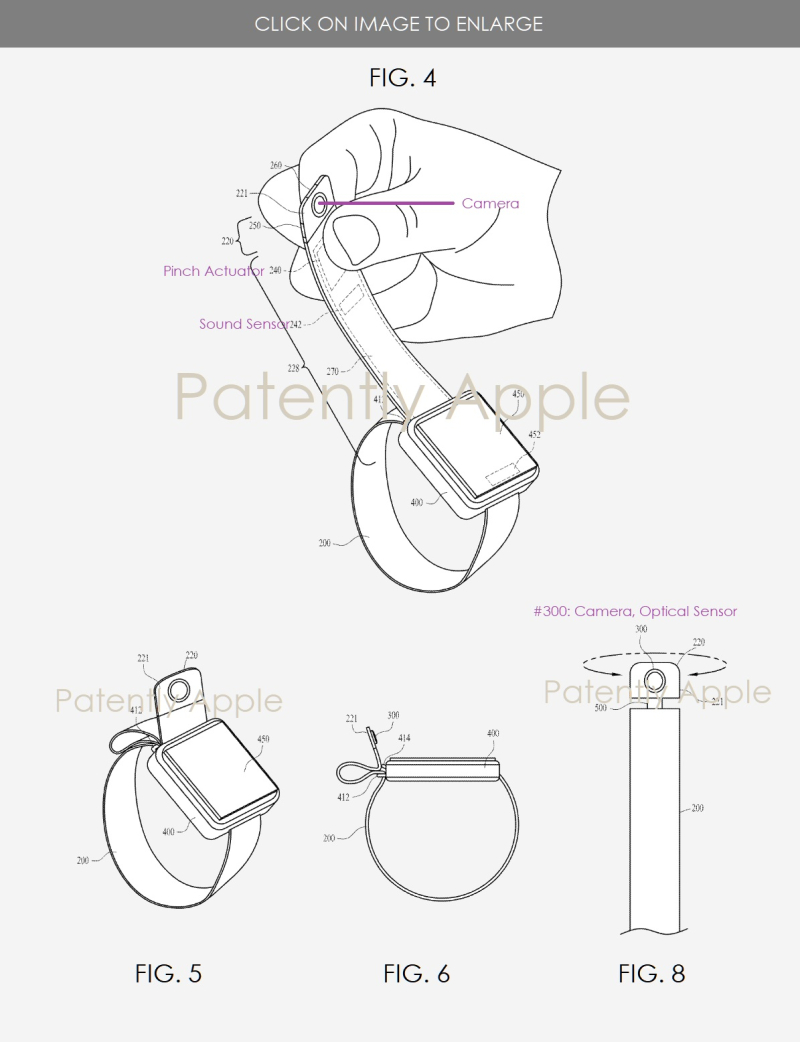 Earlier today we posted a report titled "A Deeper Look at Apple Watch in 2018 shows us that even with more competition, Apple's Lead in this sector is Staggering." By adding camera functionality to a future Apple Watch Band would only make the device that much more appealing.

Apple's granted patent 10,331,083 was originally filed in Q3 2016 and published today by the US Patent and Trademark Office.