Yesterday Patently Apple posted Apple's utility patent application that related to the second generation Apple Pencil that introduced touch surfaces and deformation feedback. It also introduced a much smarter way of charging Apple pencil using magnets sitting beneath the surface of one side of Apple Pencil that provided a flat surface. The timing of Apple's utility patent is interesting in that today the Hong Kong Patent Office granted Apple five design patents covering various parts of Apple Pencil such as the flat surface, distal tip and distal end.

Below are Apple Pencil (2nd-gen) design patent figures covering three of the five granted patents. The other two were too close to other designs to bother covering. 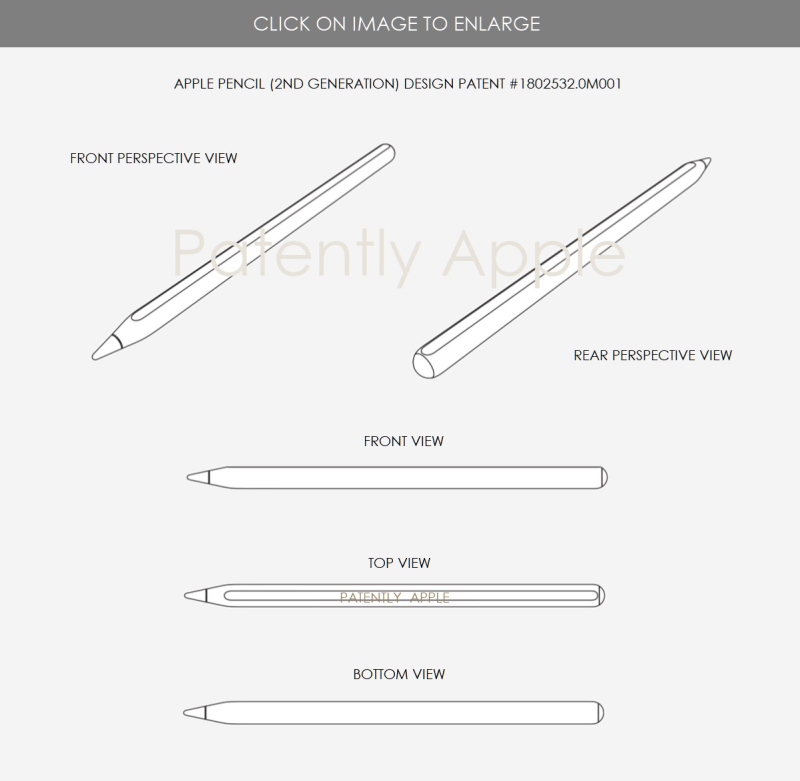 Below you'll find one of the granted design patent forms from Hong Kong to show the date filed (today June 28, 2019) and the Locarno Class which is 19-06 which covers the following: "Materials and instruments for writing by hand, for drawing, for painting, for sculpture, for engraving and for artistic techniques." All of the forms are identical except for the design patent numbers that range from 1802532.0M001 to .M005. 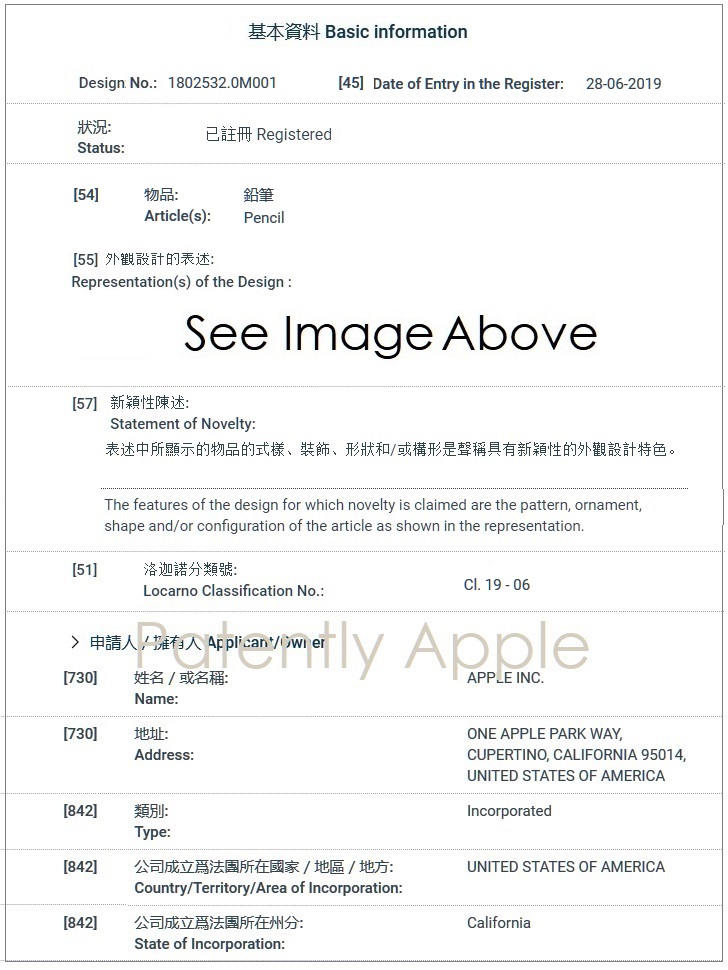 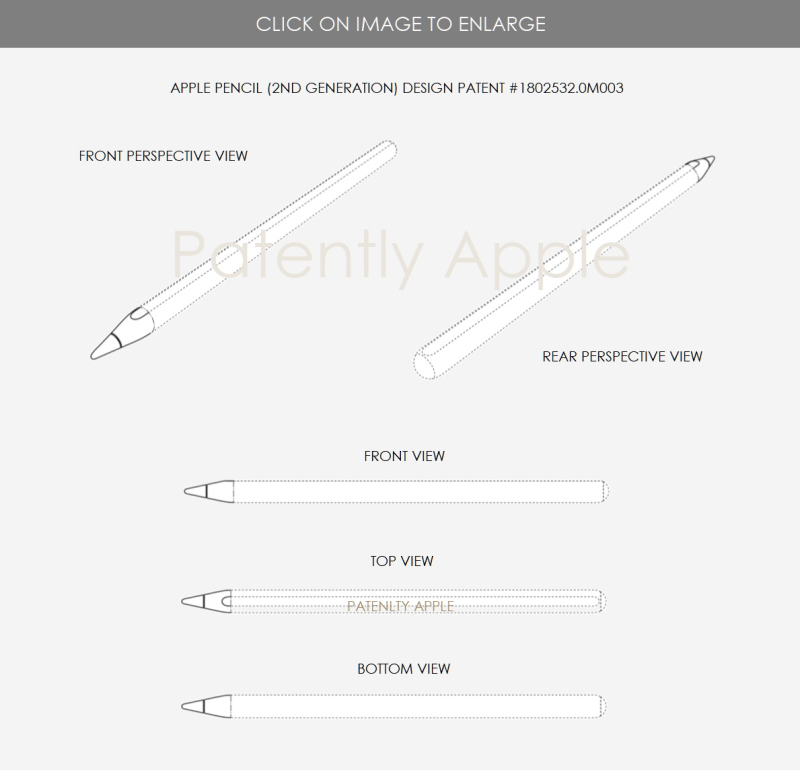 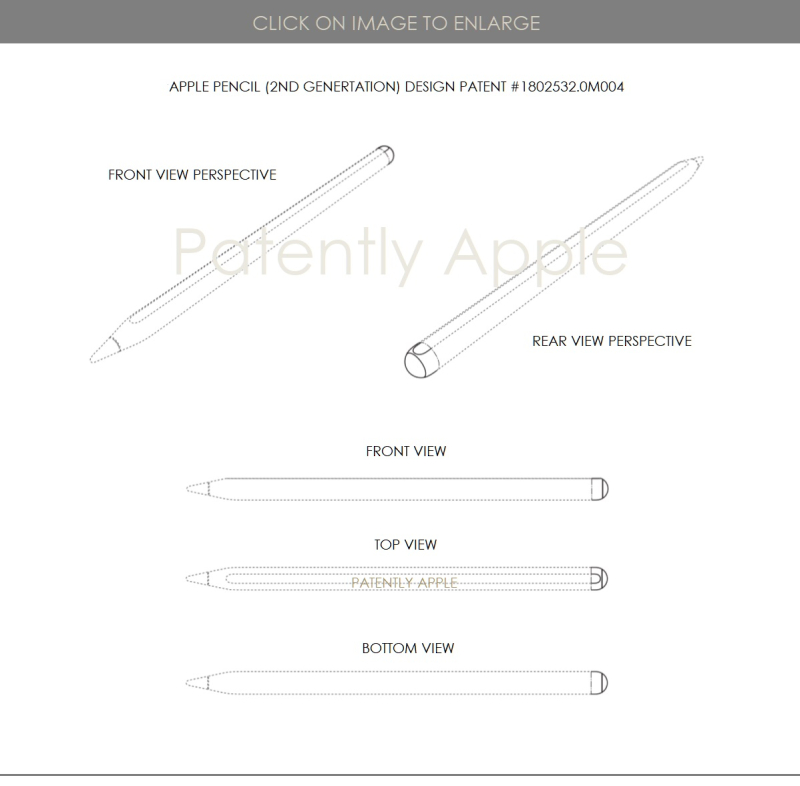 In other IP news today, Apple's U.S. trademark filing for "Core Haptics" was published today by the U.S. Patent and Trademark Office, even though the filing itself notes the filing was made on June 17, 2019. This morning we've updated our June 19th report to add the U.S. information.