Apple, Dell, HP and others Speak Out on the U.S. Imposing new Tariffs on China 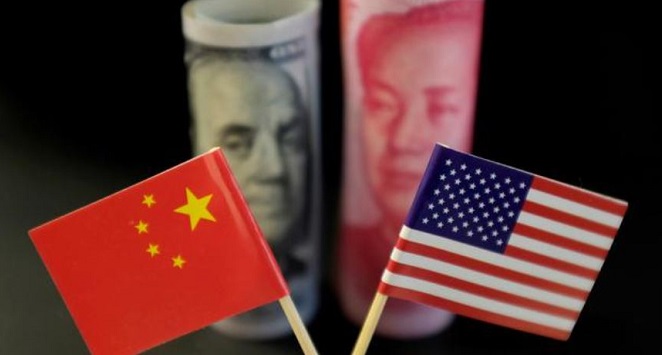 Last week Apple's CEO met with President Trump, though it wasn't clear what they were talking about. Cook's visit came as Trump has been threatening to impose new tariffs on roughly $300 billion worth of goods imported from China, including Apple's flagship iPhone. One week later to the date and Apple speaks out.

According to a new Reuters report, "Apple Inc said proposed U.S. tariffs on goods from China, including iPhones, iPads, and Macs, will reduce the company’s contributions to the U.S. economy and hurt its global competitiveness.

The U.S. government should not move ahead with a proposal to impose tariffs of up to 25% on another $300 billion worth of goods from China, the tech company said in comments posted on a government website on Thursday."

Reuters did not divulge which government website that they were referring to However, comments by tech company leaders were submitted to the Office of the U.S. Trade Representative (USTR) on Monday and a copy of Apple's letter to the Honorable Robert Lighthizer, United States Trade Representative is presented below for your review.

Apple's Public Statement to US Trade Representative. by Jack Purcher on Scribd

Apple is among the latest U.S. firms to press the Trump administration to abandon its plan for more tariffs.

A news report posted by Caixin Global (China) today they noted that "U.S.-based global tech giants Dell, HP, Intel and Microsoft have told the U.S. government they oppose proposed additional tariffs on Chinese laptops and tablet devices, according to joint comments submitted to the Office of the U.S. Trade Representative (USTR) on Monday.

The Trump administration initially levied a 10% punitive tariff on $200 billion worth of Chinese imports last September, with plans to boost that to 25% this year if a trade deal couldn't be reached. Earlier in May, as part of the Trump administration's decision to carry through with the threatened increase, USTR requested public comments on inclusion of some innovation-related items, to curb China’s unfair intellectual property practices.

The companies believed the proposed tariffs would hinder U.S. technology companies’ competitiveness and leadership in the global marketplace, as moving out of China, if needed, will jeopardize their existing supply chain, and thus affect effort and financing available for innovation.

In related news, Patently Apple reported yesterday that Apple is preparing a fundamental restructuring of its supply chain that could shift up to 30% out of China.